Clearing for agriculture over a century ago eliminated almost all of the Big Scrub Rainforest in Northern NSW. Its restoration requires an enormous effort and the involvement of all willing participants. A second round of support from the inGrained Foundation will achieve just that. 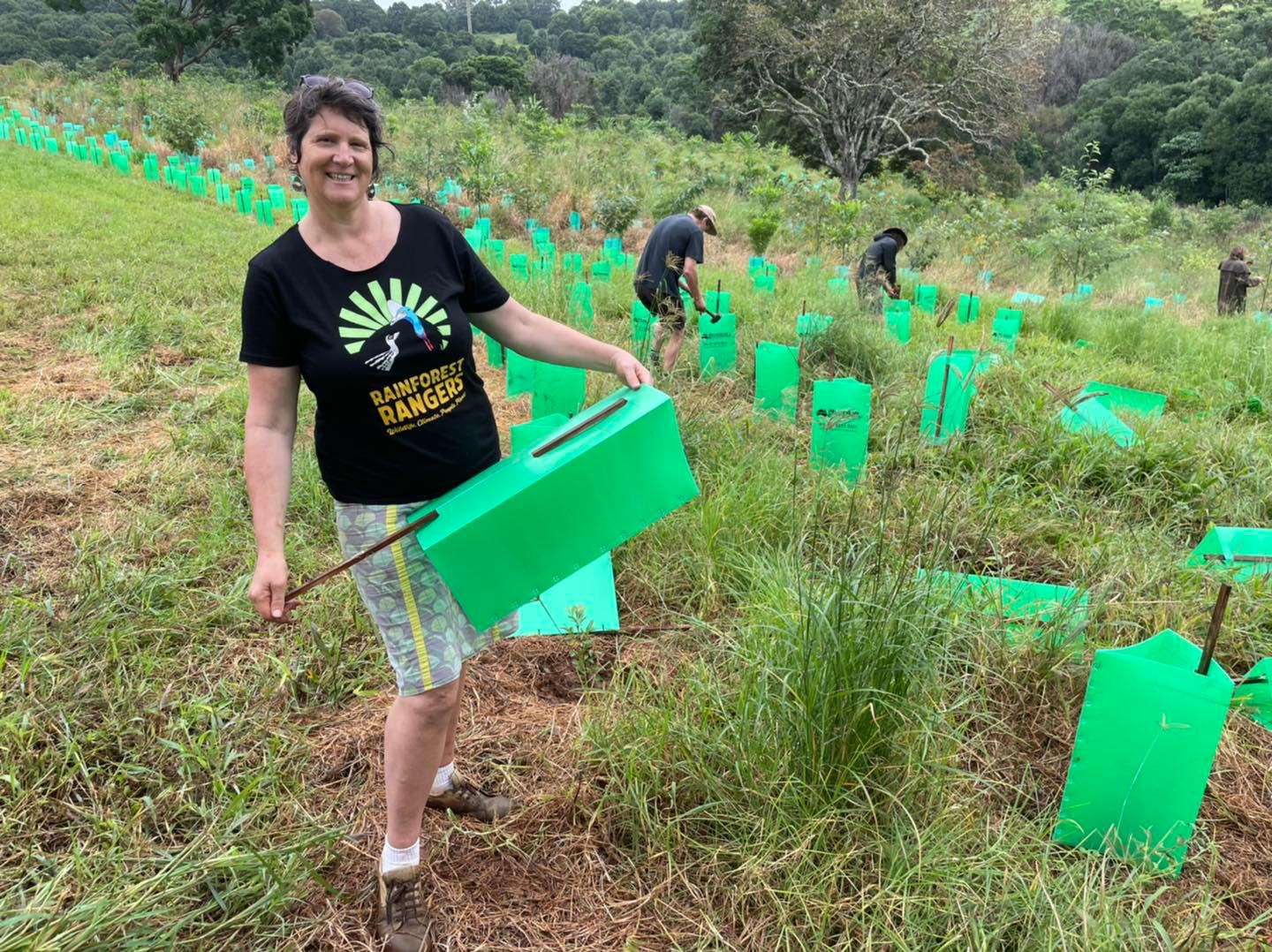 Tree planting in the Big Scrub

The inGrained Foundation has provided a second round of funding to support community efforts to restore subtropical rainforests in Northern NSW. With a focus on flood repair and mitigation, the grant of $26,300 from the inGrained Foundation will bring the community together for action on rainforest restoration and to help restore biodiversity, mitigate Climate Change, and future flooding events. This follows a previous grant in 2020 to assist in recovery from the unprecedented bushfires in the region during 2019.

The Big Scrub was once the largest area of subtropical rainforest in Australia at 75,000 hectares and less than 1 percent remains today. It once extended from Byron Bay, Ballina, Lismore, and the Nightcap Range in Northern NSW. The village of Federal, where this project will be implemented is located about 20 km west of Byron Bay and 30 km northeast of Lismore.

The Rainforest 4 Foundation and fellow non-profit organisation HalfCut, along with the Federal Landcare Group, will manage the project and the site.

The main activities are to:

New South Wales flood events started on 28 February 2022 under severe weather and heavy rainfall. This is considered to be the biggest flood in modern Australian history. The Northern Rivers region was heavily impacted and thousands of people were affected. One of the most severely impacted cities was Lismore with the Wilsons River rising to a record peak of 14.4 metres.

There are many creeks and rivers in the Richmond catchment with converge on Lismore. This natural phenomenon is highly aggravated by the fact that 99% of the Big Scrub, the largest sub-tropical rainforest of Australia, was cleared between 1860 and 1900. The convergence of creeks and rivers combined with the lack of trees makes the absorption of water by the soil a very difficult task. Restoring the rainforest will help mitigate future flooding events. 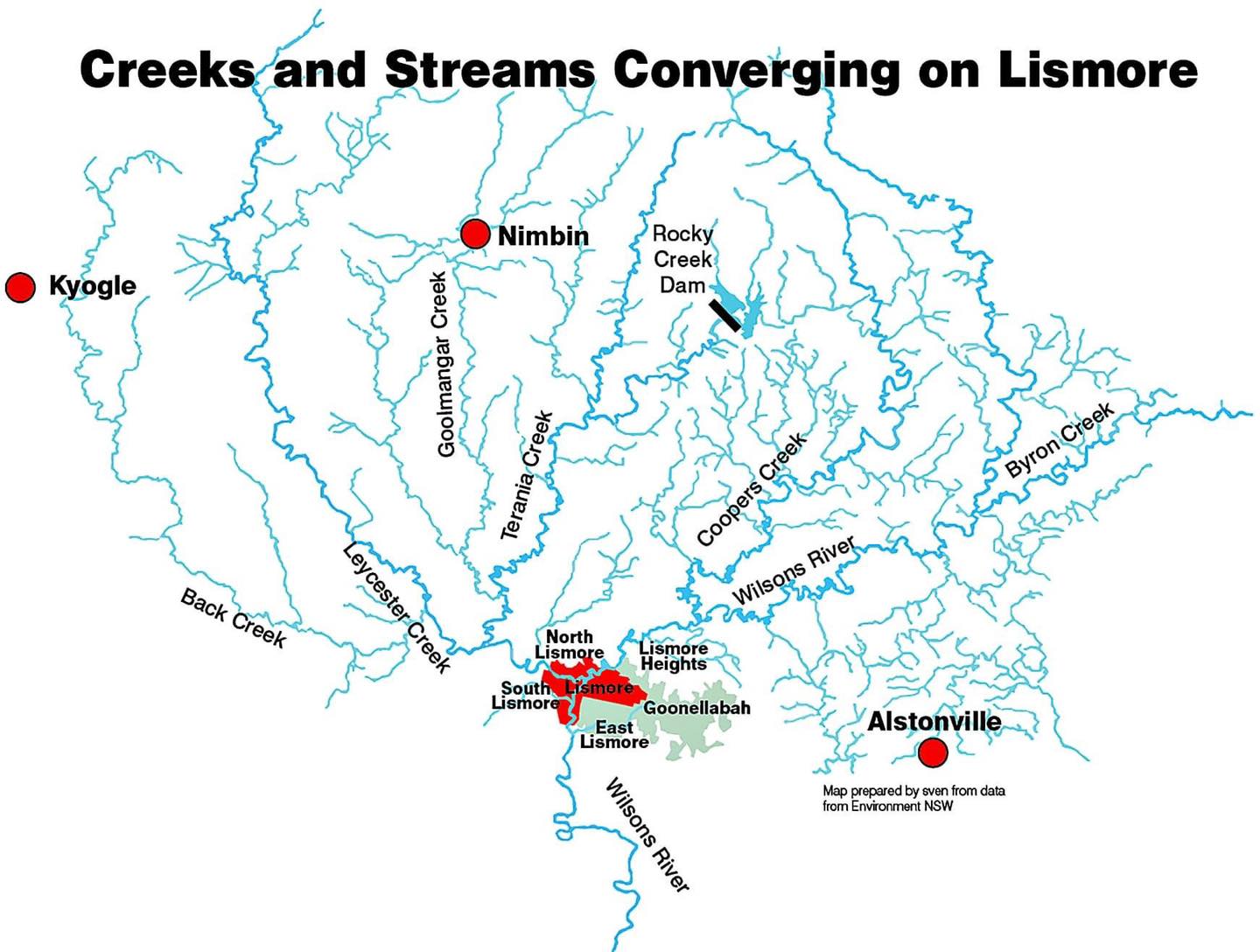 Many creeks and streams converge on Lismore.

The beneficiaries of the project include landowners and residents at Federal who are living downstream of Keys Bridge and adjacent to the Wilsons River as they are at risk from future floods, and also the population throughout Northern NSW through the restoration of the natural environment. The project will restore rainforest habitat for endangered species and the establishment of rainforest trees will help mitigate the effects of climate change through the process of biosequestration.

The work will involve the Madhima Gulgan Bush Regeneration Team who will support volunteers to increase the outcomes achieved. Established in 2008, the Madhima Gulgan Community Association creates employment and supports Aboriginal people and their families in the Byron Bay and Tweed catchments.
This project will complement our ongoing efforts to restore the Big Scrub Rainforest.

About inGrained Foundation and the grant to HalfCut and the Rainforest 4 Foundation.

"The inGrained Foundation is a national not-for-profit based in the Northern Rivers of NSW. Established by local brewery Stone & Wood in 2018, the inGrained Foundation supports grassroots environmental and social charities and fosters long-term partnerships in response to urgent situations of need with the aim of creating sustained positive change."

A grant application was submitted with the Rainforest 4 Foundation and fellow nonprofit organisation HalfCut as the proponents. Together we will manage the grant including implementation of the project, documentation, and reporting. James Stanton-Cooke, a Co-founder of HalfCut said "We are delighted to again have the support of the ingrained Foundation. It'll be great to be working with the Landcare group at the Federal and we know revegetation of creeks helps to mitigate the risk of future flash flooding".

"An estimated 100 million trees were removed from the Big Scrub between 1870 and 1900. This restoration project is a small but important contribution and one we need to replicate many times".