Reports of jet skis on the Daintree River have left conservationists and tour operators scratching their heads. Not only are people putting their own lives at risk, in known crocodile territory, but they're also putting wildlife and habitat at risk too. We're joining conservationists calling for a review of laws that allow jet skis in such sensitive ecosystems. 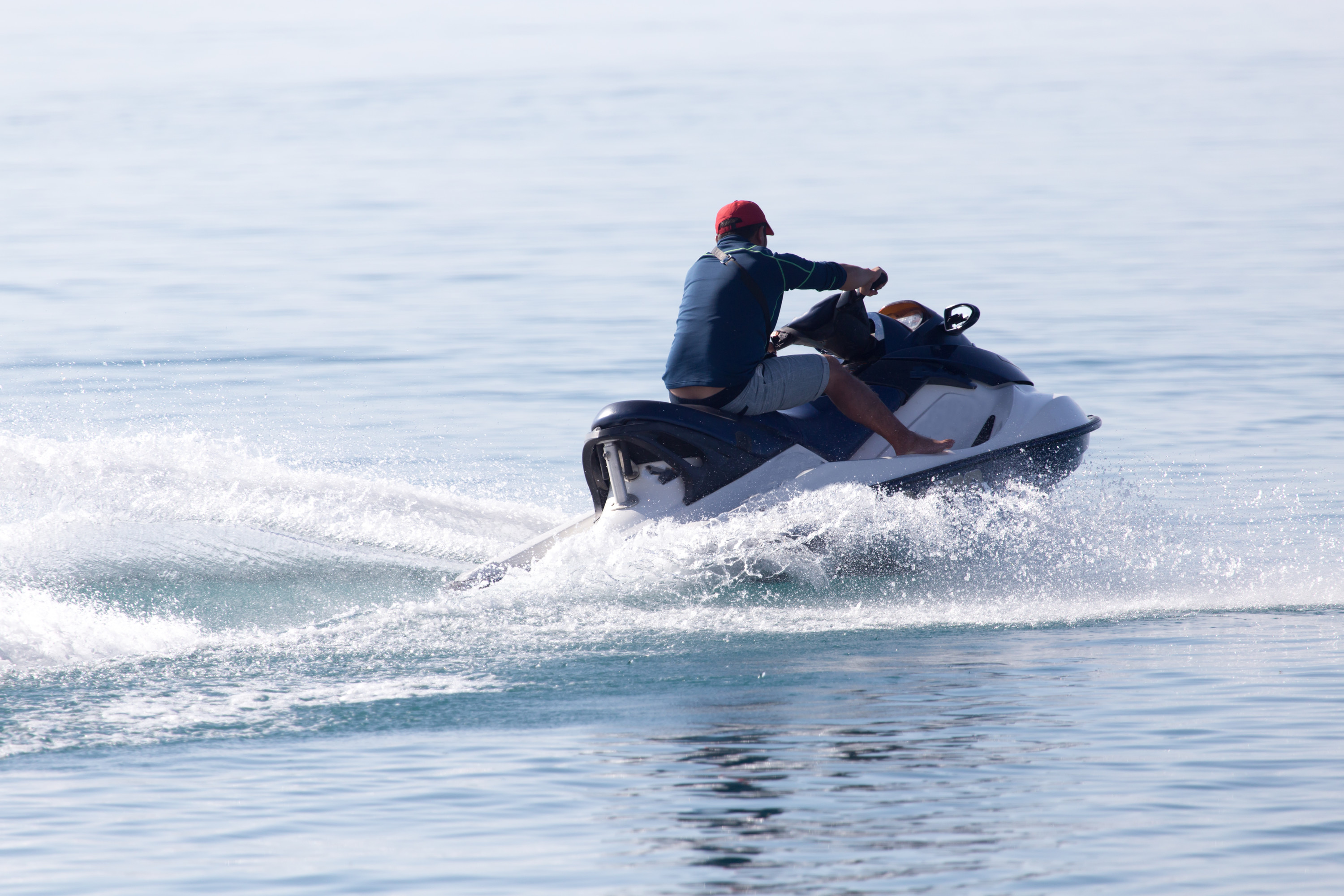 On Sunday 14 February, local tour operator David White witnessed six jet skis out on the Daintree River. At the same time he witnessed a nesting crocodile become visibly disturbed as those recreational river users travelled close to her nest. The dominant male was also showing signs of territorial behaviour.

“The water’s brown, it’s been raining a lot, there’s submerged logs,” David said. “These guys are going really fast up and down the river, oblivious to any crocs.”

The Daintree River is part of the Great Barrier Reef Marine Park and the stretch of river in question is considered a Conservation Park Zone. Permits are required for many activities that take place on the river, yet recreational marine vessels have free reign.

Jet skis on the Daintree River post a threat to mangroves, to crocodiles and other marine species, and to people.

There is no size limit to vessels that operate in known crocodile habitat and jet skis are exempt from any speed limits that do exist.

As jet skis travel at high speeds along the Daintree River, they create a wake and that wake disturbs sensitive mangrove ecosystems.

One of the reasons the Daintree was awarded World Heritage Status is because of the “outstanding examples representing major stages of Earth’s history.” These examples are present in many vegetation types including the Daintree’s mangroves. Rising sea levels already pose a threat to Queensland’s mangroves, the potential impact from an increase in jet skis and other marine vessels is huge.

Mangroves provide shelter and food for a wide range of animals. The silt around their root systems prevents erosion and protects riverbanks.

As well as its important mangrove ecosystems, the Daintree River is well known crocodile habitat.

Jet skis using the Daintree River for recreational purposes are posing a huge threat to crocodiles. Not just through the potential of these ancient reptiles being struck by a vessel, but also through the increased likelihood of a crocodile attack on a jet ski driver or passenger.

If a crocodile attacks a person the crocodile is euthanised by Queensland’s Department of Environment and Science.

That Department’s own website recommends people keep hands and feet inside their vessels and not use small craft in known crocodile habitat. “The smaller the vessel, the greater the risk,” their Crocwise website says. “Crocodiles have taken people from small vessels.”

Yet there is no law preventing people from using jet skis on the Daintree River.

Thousands of people travel to the Daintree every year and seeing a crocodile is high on every tourist’s wildlife bucket list. The increased likelihood of interactions between people and crocodiles results in dead crocodiles and sometimes dead people too.

Crocodiles are an essential part of both the Daintree National Park and the Great Barrier Reef Marine Park – both World Heritage Areas.

We must do everything we can to prevent the needless slaughter of crocodiles and to protect human life and that means we must ban jet skis and other personal watercraft on the Daintree River.