Rainforest 4 is calling on all three levels of government to work together on a conservation management plan for the Daintree Lowland Rainforest. 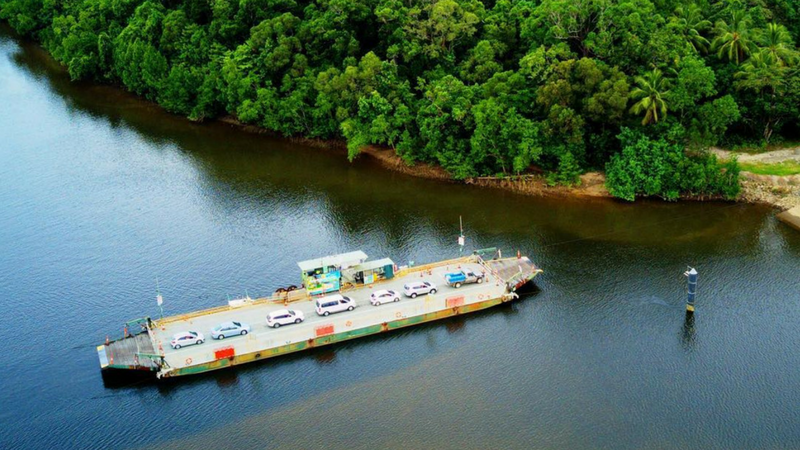 The call comes on the back of news that there is renewed agitation to seal the Bloomfield Track as well as widen and straighten the Cape Tribulation Road. Campaigners are fearful of talk of a bridge over the Daintree River as well as discussions about the construction of a gas-fired power plant.

“The Daintree Lowland Rainforest is one of the world’s most precious ecosystems,” says Rainforest 4’s founder, Kelvin Davies. “Yet it has no conservation management plan.”

In the mid-1980's two-thirds of the Daintree Lowland Rainforest was carved up into a rural residential subdivision of 1,100 privately owned lots and this land was excluded from World Heritage listing.

“There is literally no documented vision for the Daintree’s future.”

It’s been 30 years since the wet tropical forests of far north Queensland were inscribed onto the World Heritage List and local campaigner Mike Berwick was one of the activists heavily involved in the blockade which catalysed action. Since then, Mike’s worked as a journalist, been the Douglas Shire Mayor for five terms and worked with a range of non-government organisations focussed on regional development and natural resource management. He’s now a member of the Douglass Shire Sustainability Group, and they are leading the charge, alongside Rainforest 4 for a Conservation Management Plan for the region.

“Now the government that once protected the area by listing it as World Heritage wants to build a main road through it to Cooktown,” Mike said. “That will need extensive earthworks, will lead to a huge increase in traffic and a bridge over the Daintree River. The same government wants to build a gas-fired power plant on the Daintree Coast and reticulate mains power through the area.”

You can add your voice to the campaign to save the Daintree from the threat of further development by signing the petition on the Rainforest 4 website.