Thank you! With your help and that of hundreds of donors, we were able to purchase Oakey Scrub, near Cooktown on Cape York, and protect it forever.

The 69ha property ‘Oakey Scrub’, located 10km southwest of Cooktown is home to many threatened species and we’re thrilled we’ve been able to secure this habitat for their continued survival.

Surveys of Oakey Scrub by ecologists showed evidence of Northern Quolls, Cassowaries, Bennett’s Tree-Kangaroos, Large-eared Horseshoe Bats and Semons Leaf-nosed Bats which are all listed as Threatened Species and a priority for conservation. 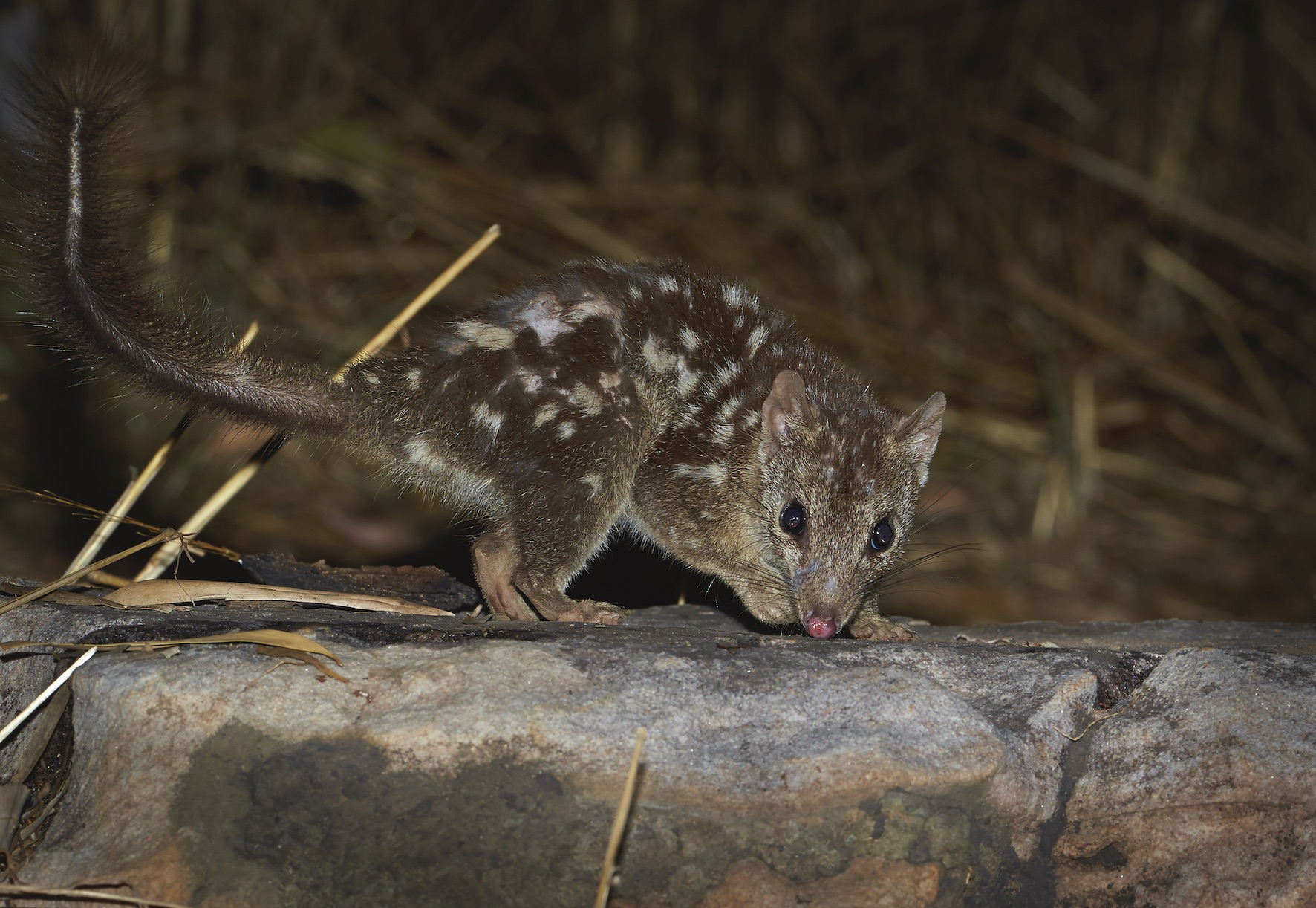 Through the support of its generous donors, the Rainforest 4 Foundation contributed half of the $110,000 required for the purchase of Oakey Scrub with South Endeavour Trust.

South Endeavour Trust currently owns and manages twenty conservation reserves and Oakey Scrub is now added to the list of properties being managed for conservation by the organisation.

Tim Hughes is the Director of South Endeavour Trust. He called this outcome significant.

“It protects habitat for a range of important endangered species including Cassowaries and Tree-kangaroos and especially the Northern Quoll,” Tim said.

Northern Quolls are under threat from habitat destruction and poisoning from the introduced cane toad, which many Quolls eat without realising the danger.  Fortunately, the Northern Quolls in Oakey Scrub and surrounding lands have learned to avoid cane toads, which makes them very important.

“It is truly a wonderful outcome to protect such a pivotal piece of land.”

Like Rainforest 4 Foundation, South Endeavour Trust believes that private individuals can make a major contribution to nature conservation in Australia.

“We believe that there is no single right model for conservation,” Tim said, “rather, many right models that, working together, can make a very real difference to protecting the truly unique flora and fauna of this great and ancient continent.”

“Around about a third of Oakey Scrub is Monsoon Rainforest. Some of this was partly cleared in the 19th century and it’s recovering beautifully in the absence of fire,” Tim said.

“It’s surrounded on two sides by a property that we already own, the 18,100-hectare Caloola Nature Refuge. There’s a range of Monsoon Rainforest properties along Oakey Creek that were subdivided in the 19th century which contained really important Monsoon Rainforest, so this is an important area and an important piece of land.”

Now that we have purchased Oakey Scrub we are working with the Department of Environment and Science to try to protect it forever as a Nature Refuge.

“We must express our thanks to Rainforest 4 Foundation,” Tim said. “Without Rainforest 4 this purchase wouldn’t have been possible and we’re incredibly appreciative of that.”

"We're committed to protecting rainforest throughout the world and this opportunity to secure habitat for such significant species was too good to pass up. We knew our donors would be excited at the prospect of securing a significant piece of Cape York for our precious wildlife and their habitats."

"Thank you to all our incredible donors for showing such dedication to the purchase and protection of important habitats and the threatened species that call these places home," Richard said.