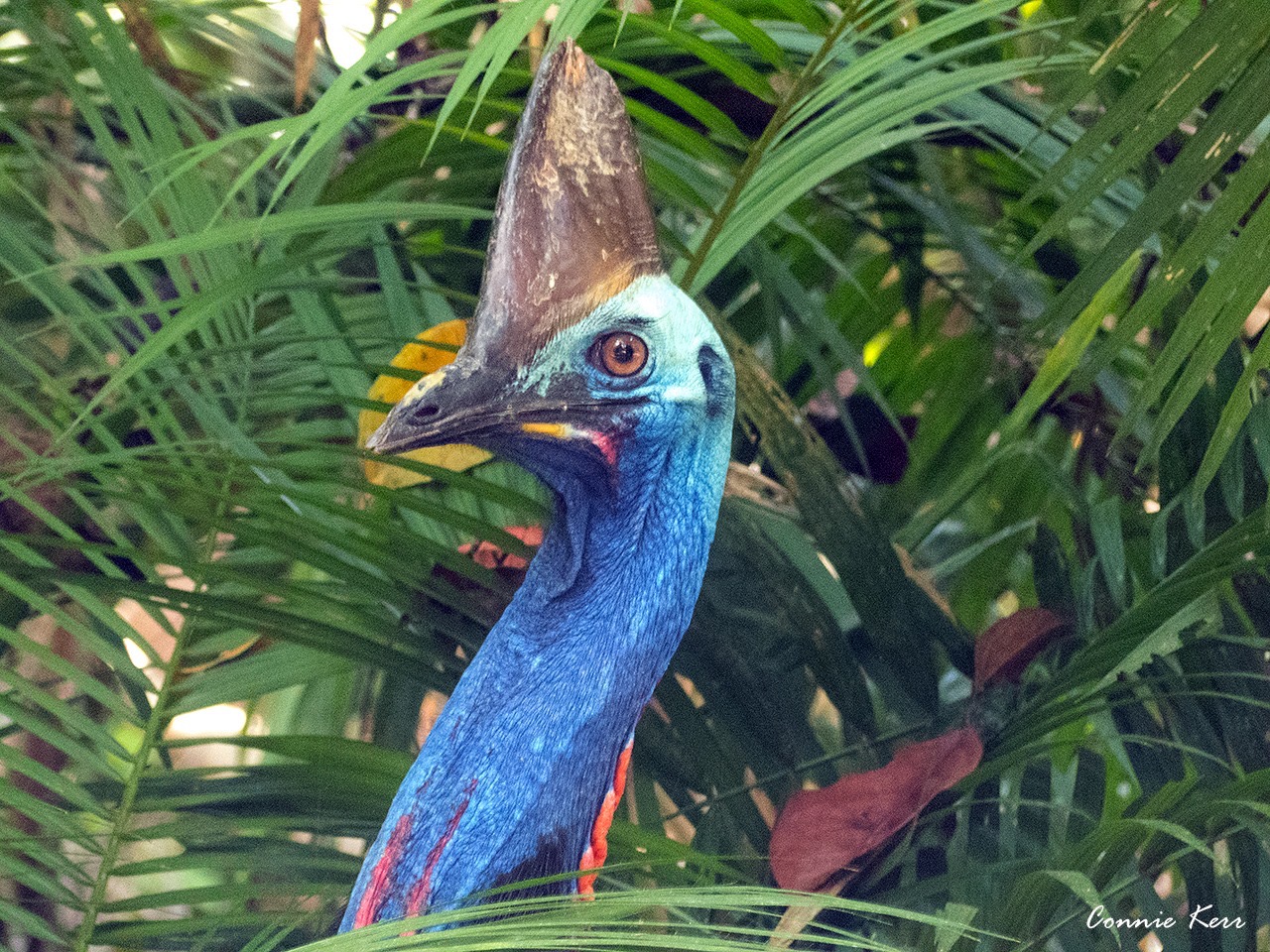 Just because you can’t spot a Cassowary when you visit this amazing bird’s habitat doesn’t mean there isn’t one or more patrolling their rainforest home. These big, flightless, birds, which can live between 40-50 years, are very shy easily hide themselves in the lush rainforest vegetation. In Australia, they can only be found in the tropical rainforests of Far North Queensland where because of habitat destruction they are listed as Endangered.

It’s estimated that only 20-25 percent of the birds’ original habitat in northern Queensland remains so the Southern Cassowary urgently needs our help to preserve its remaining rainforest habitat.

“You don’t always see the birds about when you visit the Daintree Rainforest, but there’s one way to confirm they’re there,” Kristopher said. You just need to identify the plants. This is especially true of Lot 390 Maple Road in Cow Bay, Kristopher says, because of the great range of trees available to the birds for their food supply, including “a significant range of Laurels, Lilli Pillis and Quandongs whose fruits the Cassowaries favour.”

On Lot 390 Maple Road Kristopher found the vegetation well developed and luxuriant with high diversity. Of the 207 plant species identified in the survey were a significant number that provides vital food for Cassowaries in the Daintree Lowland Rainforest.

Some of the plants observed that support Cassowaries include:

* Two Lauraceae species, the Noah’s Walnut (Endiandra microneura) and the China Camp Laurel (Beilschmiedia castrisinensis) of Gondwanan heritage and which are restricted to the Daintree lowland rainforests. These species can grow into very large trees and their seeds are solely dispersed by the Southern Cassowary.

* Very large trees of the Cassowary Satinash (Syzygium graveolens) on this lot are some of the largest observed within the district.

* In addition, the closely related Cassowary Gum (Syzygium divaricatum) and the giant Apocynaceae tree, the Cassowary Plum (Cerbera floribunda), a tree distantly related to frangipanis, indicate that Lot 390 is a very important food supply for rainforest fauna, especially for the Southern Cassowary.

Kristopher identified Lot 390 Maple Road as being in pristine condition with no weeds or clearings, and upon purchase, would require no further spending to preserve its ancient ecosystem. 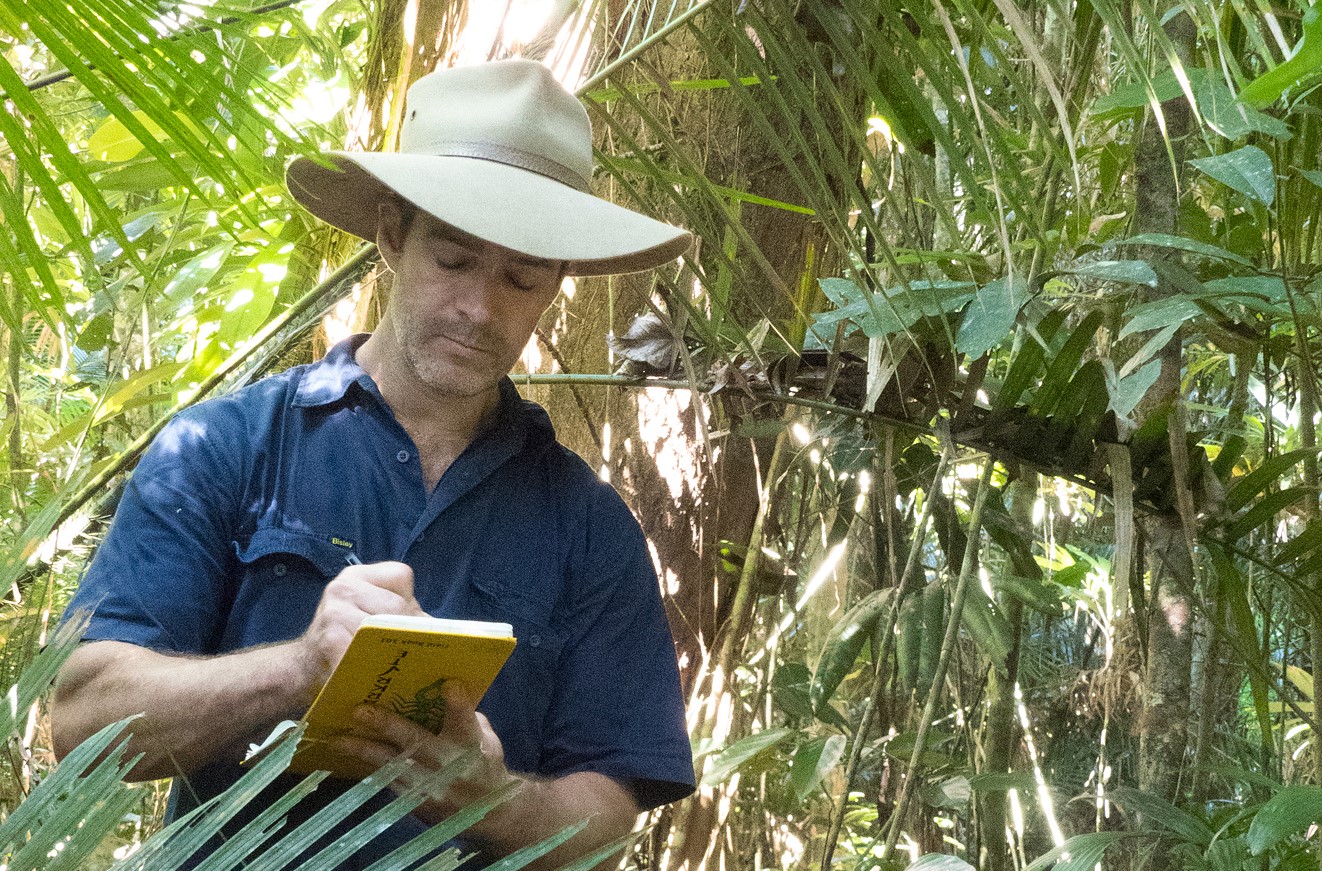 Plant aficionados will be interested to learn, too, that among the exceptional species on this property is a large specimen of the ancient Hopes Cycad (Lepidozamia hopei), as well as many juvenile plants of this species.

“The Hopes Cycad grows to be the largest cycad species in the world,” says Kristopher, “and was once utilised by Aboriginal people as a food source. It has evolutionary links dating back some 200 million years.”

It’s incredible species like this on Lot 390, says Kristopher, which help explain why the Daintree Lowland Rainforest is regarded as one the most significant regional ecosystems in the world. 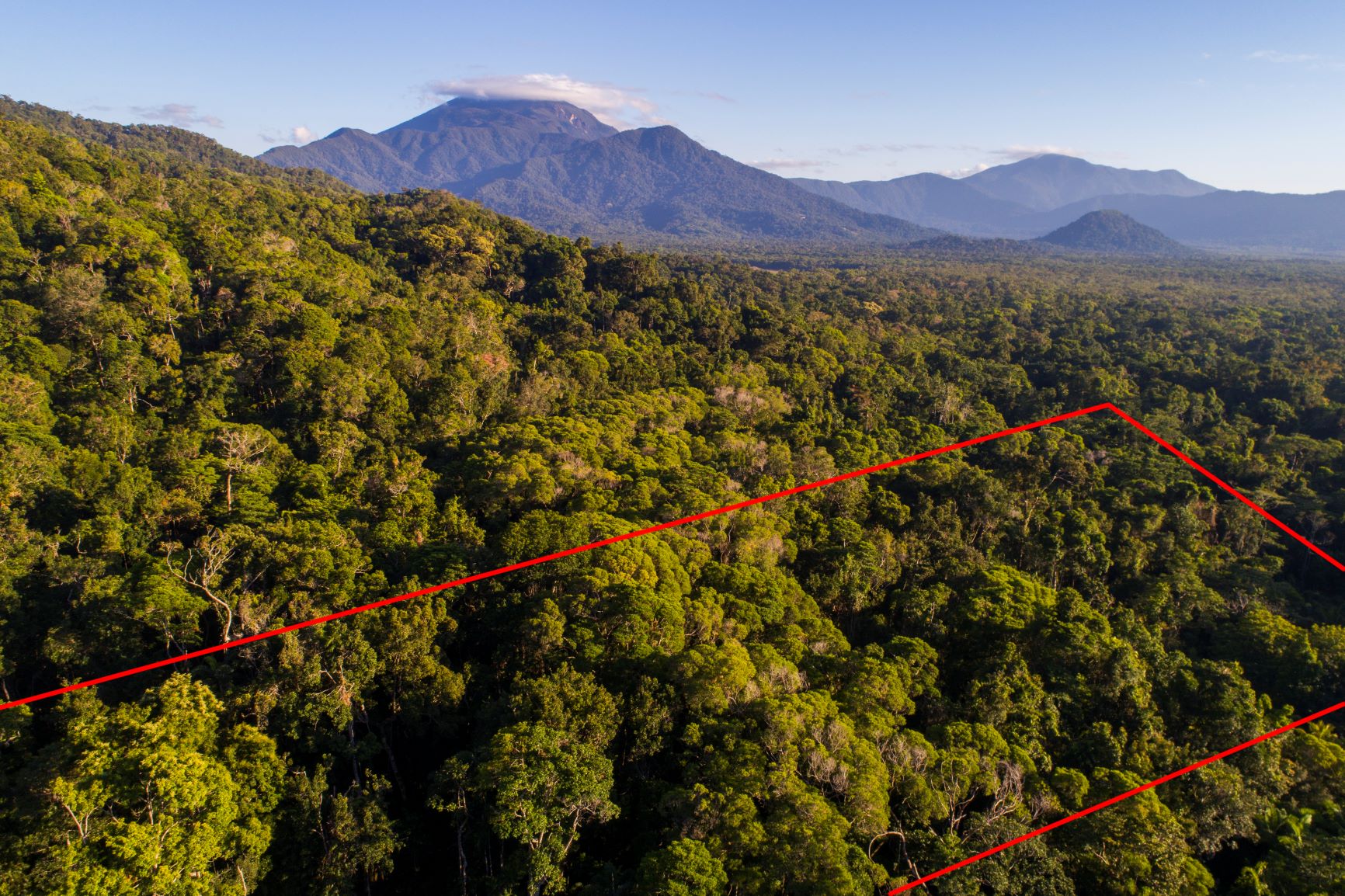 Other significant finds of Lot 390 were the presence of Yellow Siris (Archidendropsis xanthoxylon) a leguminous tree botanically described in 1983 that is restricted to the lowland rainforests between the Bloomfield and Julatten areas. This species was historically felled for timber being favoured for boat building.

The Daintree Cleistanthus (Cleistanthus myrianthus) is found on lot 390. This species of small tree also occurs in South east Asia however in Australia is only found between the Bloomfield and Daintree rivers in lowland rainforest. Its seeds are dispersed by gravity which allows independence from an animal vector however the trade-off is limited dispersal from the parent tree and poses the question how the species also occurs thousands of kilometres to the north but not in between.

The Daintree Foambark (Jagera madida) is present on lot 390. It is a slender tree with large furry leaves and red new growth. It has close relatives in Asia and was once believed to be a subspecies of a southeast Asian Foambark however in 2006 was described as a separate species endemic to the Daintree rainforests.

The Vulnerable Climbing Pandanus (Pandanus percostata) was identified on Lot 390. It is a vigorous climbing species attaining great heights into the canopy. It is restricted mainly to the Cow bay Daintree lowlands and again on Cape York at Iron Range and overseas in Papua New Guinea. Its occurrence in the Daintree highlights the regions unique microclimate in that subequatorial species have been able to colonise by natural migration from the north over millions of years often eventually becoming unique genetic entities of their own.

The property has a good diversity of species within the Myrtaceae family such as Sharon’s Satinash (Syzygium sharoniae) a species of Lilly Pilly only found in the Daintree lowlands and one area further south of Cairns. Another Myrtaceae tree of interest found on Lot 390 includes the Daintree Satinash (Syzygium monospermum) a species with a symbiotic relationship with Ants that inhabit the trees trunk. This species is only found in lowland rainforests between Cape Tribulation and Julatten.

The amazing diversity of Lot 390 Maple Road confirms the property as a high priority for conservation.