It’s been 7 months since we began our Bushfire, Rainforests, and Recovery project which is removing flammable exotic plants and restoring rainforest in Northern NSW. Yesterday we headed out to a project site at Huonbrook in the Byron Bay hinterland with the InGrained Foundation to check on the progress. Our task was to plant 240 Bangalow Palms and then learn about the process of assisted natural regeneration in restoring the subtropical rainforest. 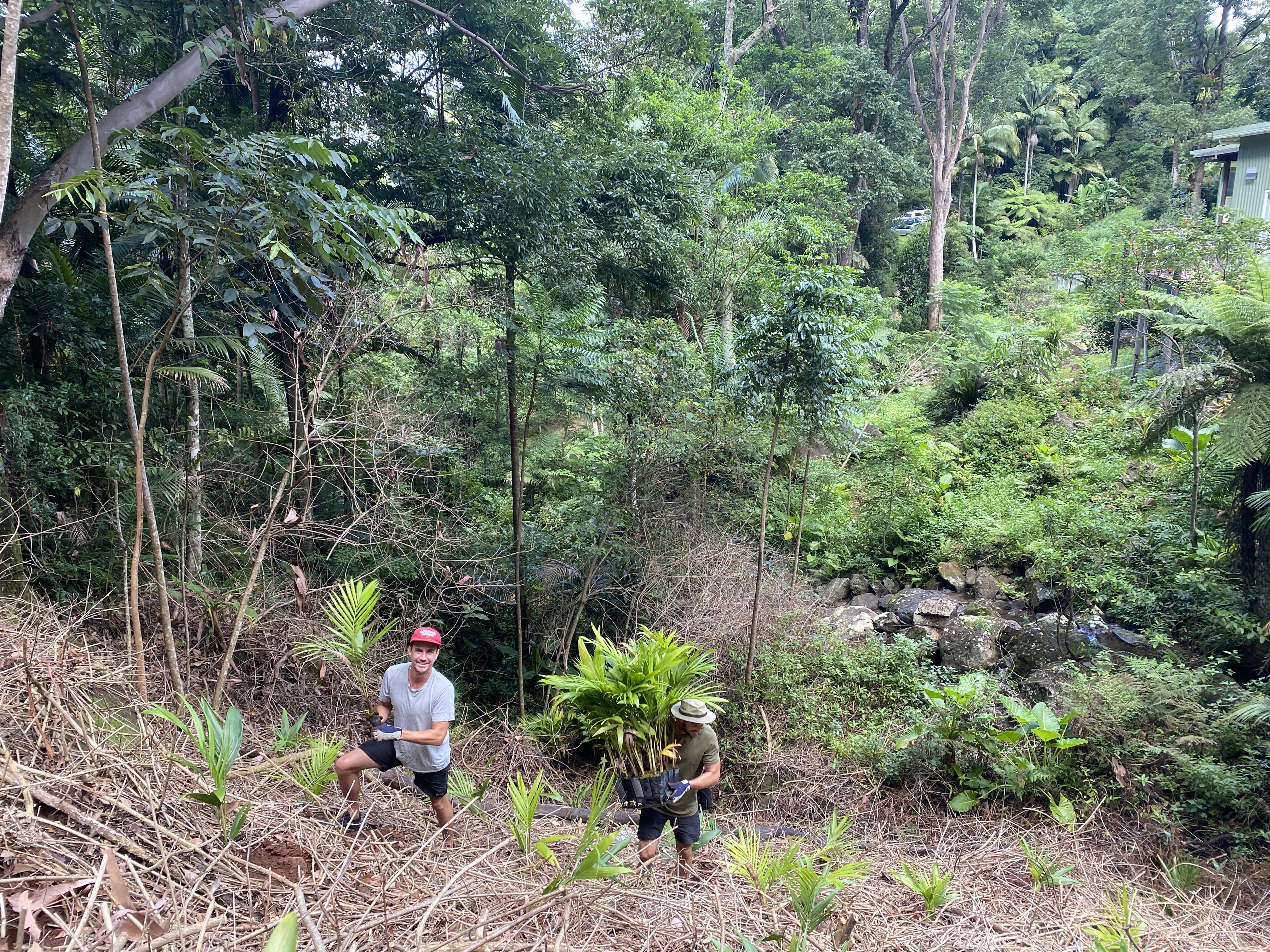 Planting Bangalow Palms on a steep slope at Huonbrook

We planted the 240 Bangalow Palms in the cool of the morning and then had lunch with a view of our work. The landowners shared their experience of the bushfires in the valley and how people had experienced flames just meters from their homes and how they now see an urgent need to restore rainforest to mitigate future bushfire risk.

This project is being partly funded by the InGrained Foundation, a not-for-profit that supports grassroots environmental and social charities. A grant from the InGrained Foundation has been targeted to fire-affected sites in Huonbrook and Wilsons Creek where residents and landowners were directly affected by the flames and the aftermath of the Mt Nardi bushfires that burnt 5,500 hectares in the region in November and December 2019.

In addition to the Bangalow Palms, we also planted two Smooth Davidson's Plums (Davidsonia johnsonii). This is a small rainforest tree that is very rare in the wild and is known from only 27 patches in south-east Queensland and north-east NSW. As it never or only very rarely sets seeds despite producing heavy fruit crops these two seedlings were grown from cuttings. In the wild reproduction is by way of root suckers so the clusters of these trees consist of dense stands of stems and have been assumed that each patch is clonal. The plum-like fruits are prized bush food. 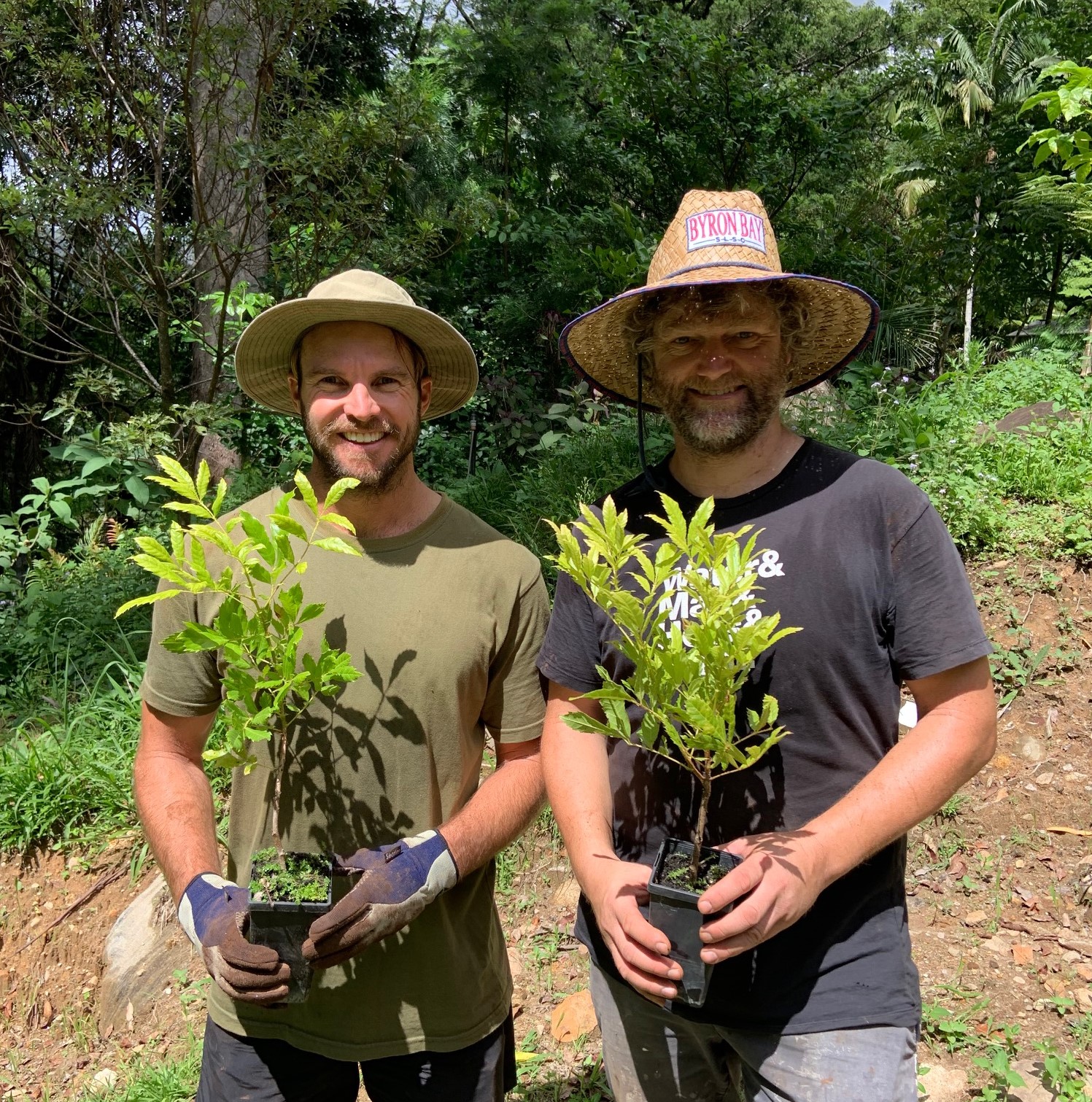 Parts of this site are a stunning example of a palm dominated subtropical forest and elsewhere of mixed wet sclerophyll and subtropical rainforest. In Northern NSW Lowland Subtropical Rainforest was mostly all cleared between 1860 and 1900 and today less than 1% of this ecosystem remains. Lowland subtropical rainforest is listed nationally threatened ecological community (Environment Protection and Biodiversity Conservation Act 1999). The Bushfires, Rainforests, and Recovery project is working to recover areas that support this high biodiversity and increase the size and health of this rainforest ecosystem. 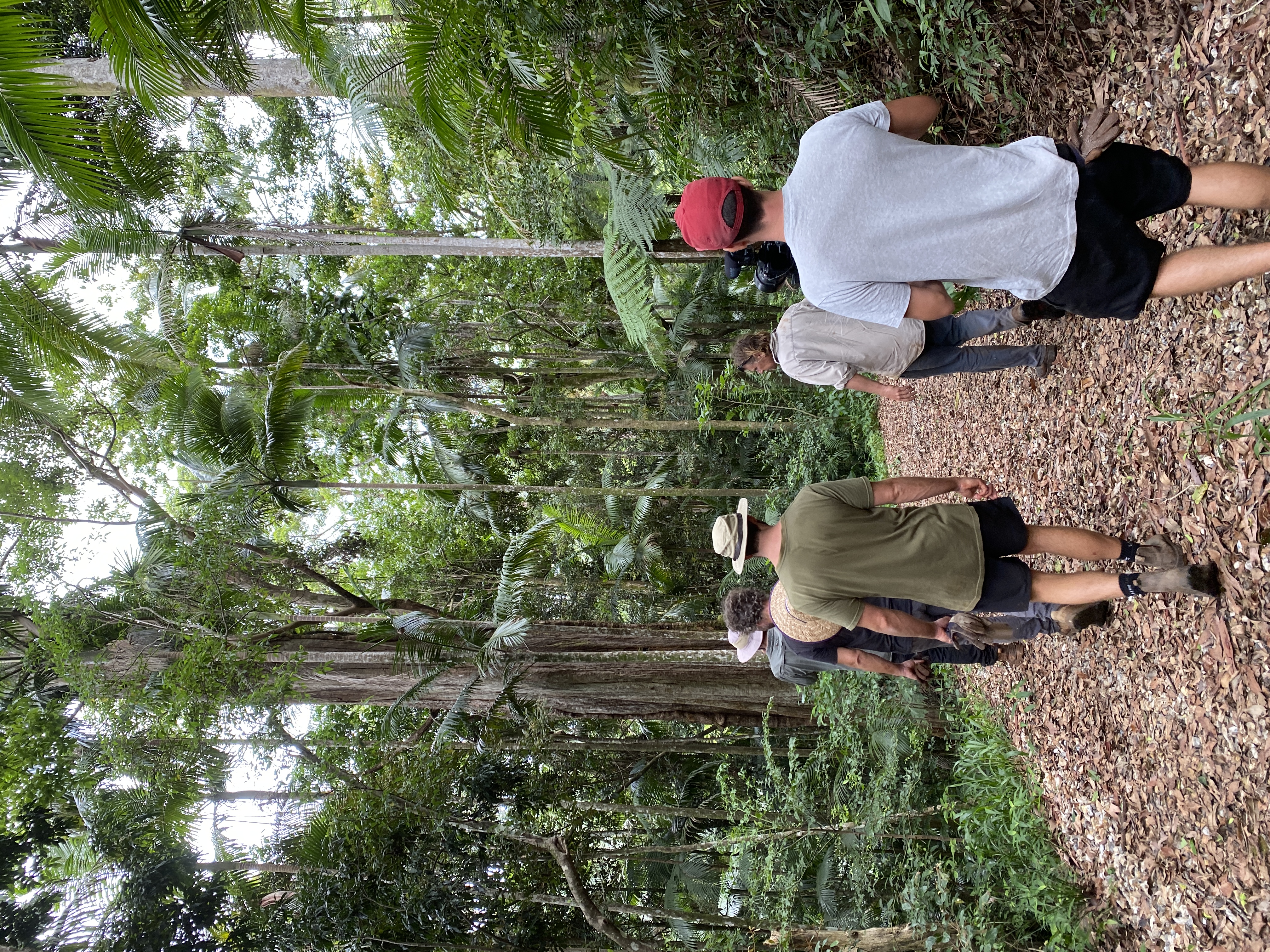