Status update on fundraising for Sumatran Rainforest Rangers on the 5th of April 2020. 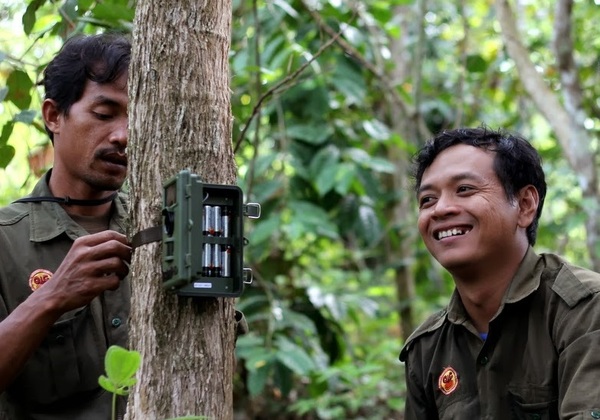 Illegal poaching is a significant threat to the wildlife of the Leuser Ecosystem, in Sumatra, Indonesia. Every day, animals are being ripped from their habitat and sold. They’re kept in crowded, close quarters, being overseen by unqualified and uncaring people, who are making billions of dollars off the trade.

In wet markets around the world, these animals, many of them rare and endangered, interact with people, usually in large numbers, who then come in contact with those contaminated body fluids. This is how pandemics start and we’re all experiencing the impact of this lucrative trade right now.

There’s no doubt this illegal wildlife trade is immoral. We already know about the issues around conservation and the ongoing destruction of habitat that takes place to make capture these animals easier. We know about the gross instances of neglect and the inhumane treatment of these special creatures. And now, on the back of a new coronavirus, we know of the huge risk that the trade poses to human health. The World Health Organisation estimates that 60% of all viruses that infect humans come from animals. This phenomenon is termed ‘zoonosis’. WHO says that 75% of new infections and diseases in the past decade are zoonotic.

The Leuser Ecosystem located in the provinces of Ache and North Sumatra on the island of Sumatra in Indonesia covers more than 2.6 million hectares.  It is one of the last places on Earth with critically endangered Orangutans living in the wild. But it’s rich with other animals too. It’s habitat for Sumatran Elephants, Rhinos, Tigers, Siamangs, Thomas Leaf- monkeys, gibbons and many species of reptiles and birds. Which makes it a lucrative source for poachers selling animals into the illegal wildlife trade.

We’re working with the Orangutan Information Centre to stop these crimes from occurring by employing the Rainforest Rangers in their Forest and Wildlife Patrol Unit to patrols the boundaries of the Leuser Ecosystem. This prevents illegal activity and encourages local communities to get involved in the conservation and protection of the forest and its wild inhabitants.

Rainforest Rangers are trained to tackle not just poaching and hunting but also illegal logging and wildlife trafficking. To date more than 130 rangers have been trained to take part in forest patrols, covering some 214,000 ha of forest and removing more than 400 snares. Some 30 traffickers, poachers, and illegal loggers have been arrested and 20 cases have been sent to court for prosecution.

The Leuser Act No.26/2007 of the Indonesian Government allows criminal charges to be brought against not only those who carry out illegal activities in the area but also to those who give permission allowing criminal activities to take place. This is an important milestone aims to deter corrupt officials from ‘selling’ permits to conduct activities could damage this sensitive ecosystem. The Law ruled the maximum sentence of 5 years imprisonment and Rp 500 million fine (AYD $50,000).

With more resources, we can prevent more wildlife crimes from occurring. 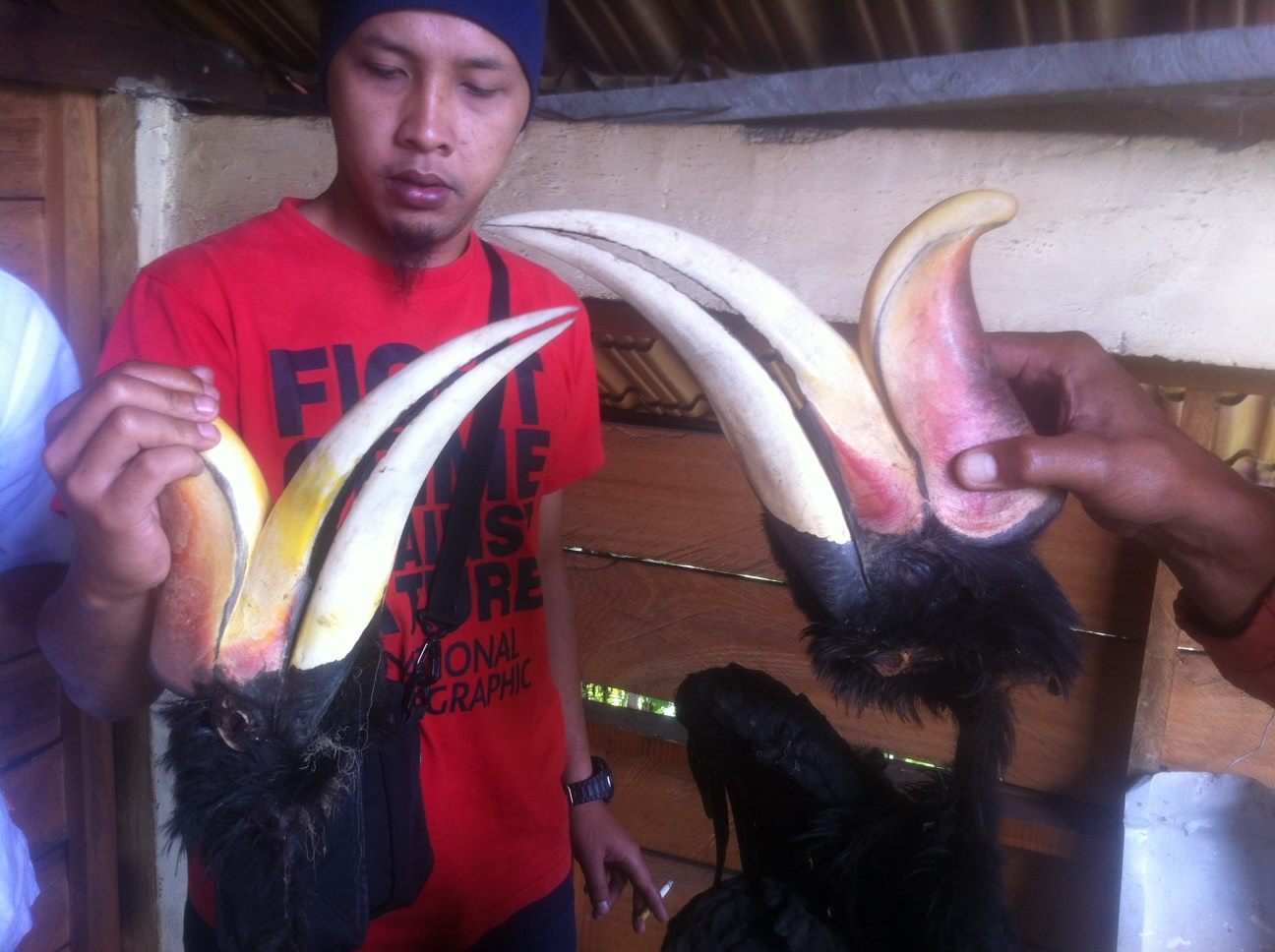 The Leuser Ecosystem comprises one of the remaining examples of Indo-Malayan (Malesian) vegetation communities, with an estimated 45% of the approximately 10,000 recorded plant species. In general, the ecosystem can be characterised as a montane rainforest community. However, the typical vegetation type up to an altitude of 600 metres is moist tropical lowland forest characterised by multi-layered stories with emergent trees reaching between 45 and 60 metres in height and high densities of fruit tree species. The large variety of tree species found in Leuser represent virtually all life-strategies of trees, from root flowering and trunk flowering to common twig flowering types. Among the most important and impressive trees are the several species of strangling fig. The largest flower on earth; the parasitic Rafflesia is relatively common in the ecosystem.

The Leuser Ecosystem is home to the largest remaining populations of the Sumatran Orangutan, Sumatran Tiger, Sumatran Elephant, and Sumatran Rhino. There are at least 130 species of mammals within the Leuser Ecosystem which means that one in thirty-two of the world's mammals are found there or one-quarter of Indonesia's mammals. Primates residing within the ecosystem include the White-handed gibbon, the Siamang, Macaques, and the Loris. The Leuser Ecosystem is home to as many as seven species of cats including the Clouded leopard, the Asian golden cat, and the spotted linsang. The sun bear is also found here. 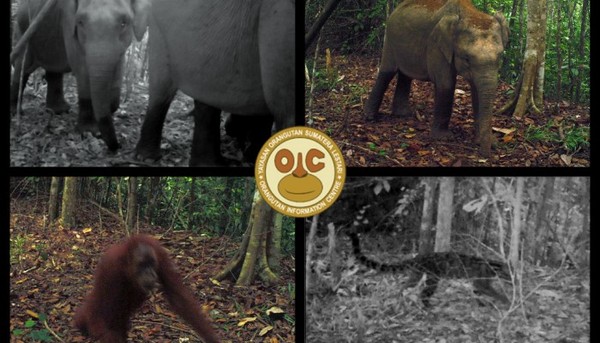 The most common herbivores found in Leuser are the deer which includes the Sambar, the Muntjac and the Mouse dear. Reptiles found in Leuser are turtles and tortoises, monitor lizards, skinks, geckos and snakes which include the king cobra and pythons that can reach up to ten meters in length. There are numerous spiceries of frogs. At least 325 species of birds have been recorded in the ecosystem with at least eight species endemic to Sumatra. This rich diversity of bird species includes Bee-eaters, Flycatchers, Flowerpeckers, Honeyguides, Kingfishers, Spiderhunters, Woodpeckers, Barbets, Broadbills, Drongos, Hornbills, Orioles, Robins, Shrikes, Swallows, Swifts, treepies, leafbirds, Sunbirds, Tailorbirds, Fantails and Forktails, Needletails, Wagtails, Doves, Pigeons, Quails, Pheasants, Cuckoos, Parakeets, Parrots, Bitterns Ducks, Falcons, Hawks, Nightjars, Owls, Serpent Eagles, Hawk Eagles, Fish Eagles, Sea Eagles, and many more.