You did it! Lot 3 in the Daintree Rainforest has been saved.

Thanks to the generosity of our donors we've purchased and protected Lot 3 Thornton Peak Drive in the Daintree Lowland Rainforest. This will ensure the threatened species and incredible biodiversity are protected forever. This property purchase was funded by 220 donors and demonstrates that Australians are willing to put their money where their heart is to save the Daintree Lowland Rainforest. 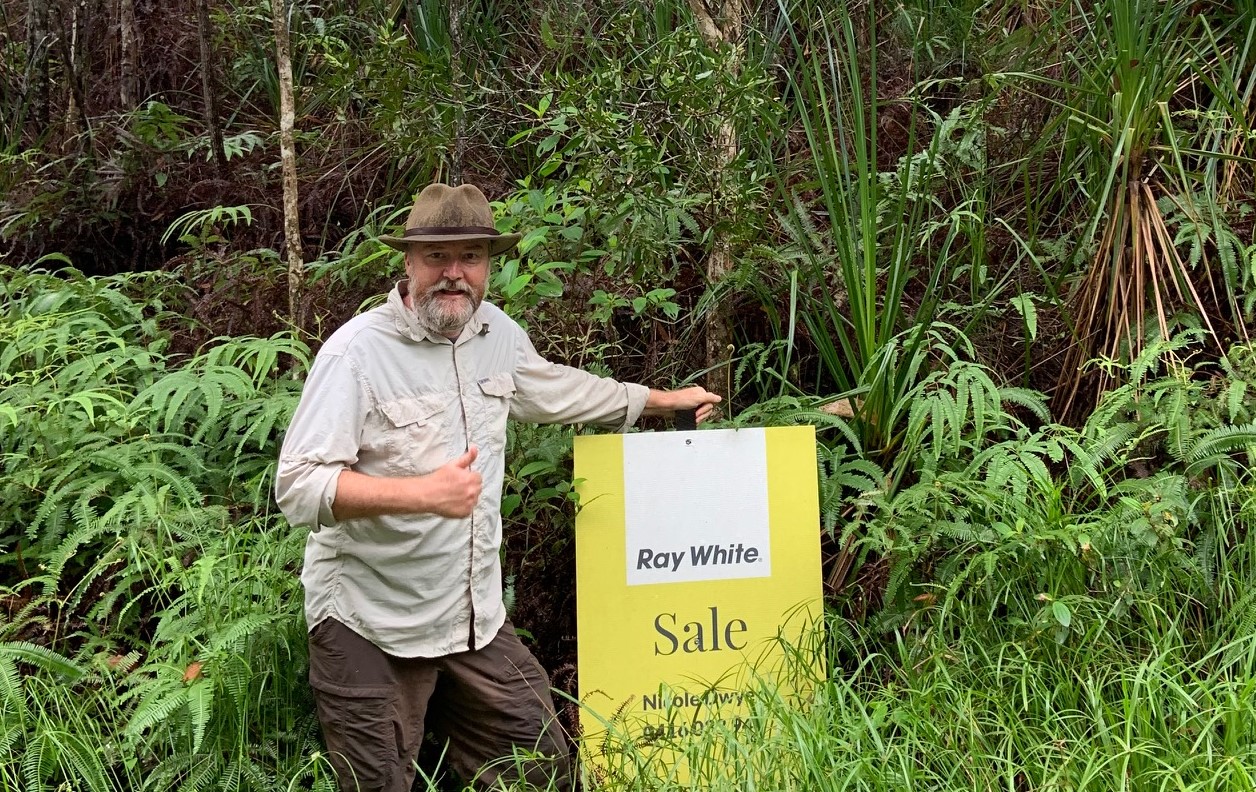 The Rainforest 4 Foundation purchased Lot 3 Thornton Peak Drive, Forest Creek in Queensland’s Daintree Rainforest for $75,000 on the 20th of January 2020.

“Purchasing this property for conservation prevents its development of housing and helps reverse the negative impacts of the 1,100 rural residential subdivision that occurred in the Daintree Lowland Rainforest in the mid-1980’s” said Kelvin Davies, Founder of the Rainforest 4 Foundation.

To ensure it was a priority for conservation they had ecologist and botanist Kristopher Kupsch survey the 1.43 hectare property.  He found Lot 3 Thornton Peak Drive hosts 230 species of plants, a number of which are rated as unique, threatened or vulnerable.

That’s why Rainforest 4 moved quickly to purchase this vibrant and important piece of land.

Ecologist Kristopher Kupsch remarked: “This lot is pristine and rich in biodiversity. It’s a gem.”

Kristopher cited the dominance of the gorgeous Queensland Fan palms (Licuala ramsayii) and the properties two main types of vegetation — the sclerophyll vegetation (sclerophyll forests generally are dominated by plants that have hard leaves adapted to drought and are fire-tolerant) — and the mesophyll vine forest (tropical rainforest) featuring these fan palms in abundance.

Really, if you had to pick a singular tree species, one simple ironically identifiable tree to represent the lush, life-giving properties of the Daintree Rainforest, these endemic fan palms, with their spectacular, near-circular leaves of up to two metres in diameter, would be hard to better.

The rainforest vegetation on Lot 3 also includes a number of “near threatened” trees and for good reason is listed as essential Cassowary habitat under the Queensland Governments Vegetation Management Act of 1999.

One of the threatened trees Kristopher cited is the China Camp Laurel (Beilschmiedia castrisinensis), which “has large fruits the size of tennis balls, which are dispersed only by the Southern Cassowary and thus a symbiotic relationship has evolved.”

Another unique tree species Kristopher recorded on Lot 3 is the Daintree Satinash (Syzygium monospermum) “which has a symbiotic relationship with ants that inhabit the tree’s trunk.”

Additionally, Kristopher reported that “the most significant occurrence within the sclerophyll vegetation ecosystem on the land is “the sheer abundance of the vulnerable Ant Plant (Myrmecodia beccarii).” Many of these Ant Plants would be affected if a dwelling were to be erected on the lot, he added.

The Ant Plant in Far North Qld is threatened generally by habitat loss. It’s an epiphytic, a plant that grows on another plant but is not parasitic. It lives harmlessly on Melaleuca trees and others with spongy bark in the wetlands and mangroves of tropical north Queensland. The Ant Plant has a special association with the Golden Ant (Iridomyrmex cordatus) which lives in the chambers of its tuber. What’s more, the Apollo Butterfly lays its eggs on this plant. The Golden Ants carry the butterfly eggs into the tuber chambers where they develop as butterflies. 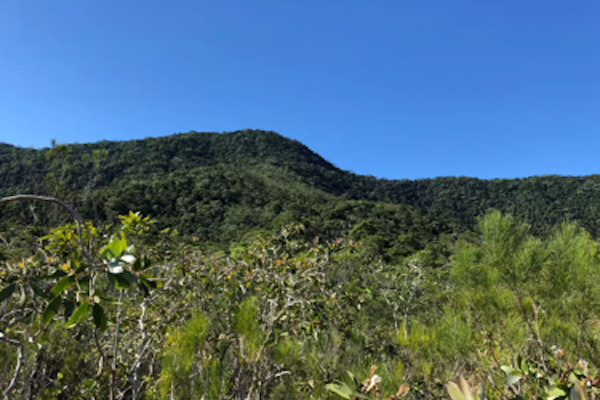 Kelvin Davies thanked the many donors who contributed to the purchase of Lot 3 Thornton Peak Drive.

“This property purchase was funded by a philanthropist who donated half of the money required and the remaining funds were contributed 220 other donors. This demonstrates that Australians are willing to put their money where their heart is and save the Daintree Lowland Rainforest”.

The Rainforest 4 Foundation now intends to work with Jabalbina Aboriginal Corporation and Kuku Yalanji Traditional Owners in the transfer of this property to the Queensland Government for inclusion on the Daintree National Park and World Heritage Area.

The Rainforests 4 Foundation is currently raising funds to buy another property at Lot 124 Quandong Road in Cow Bay. For more information see www.rainforest4.org

Six Threatened plant species have been found on the property that are listed under the Environment Protection and Biodiversity Conservation Act 1999. This includes the Thornton Aspen, a very rare plant previously found at only six locations between the Daintree River and Bloomfield to the north. 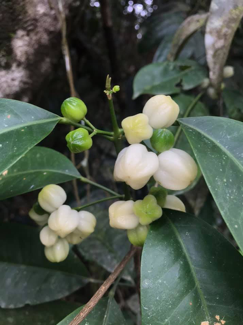 The Thornton Aspen is endemic to the Daintree Rainforest