Vegetation type: Lot 2 comprises two distinct ecosystems by changes in soil/drainage conditions. One a Sclerophyll open woodland and the other a closed canopy Rainforest habitat 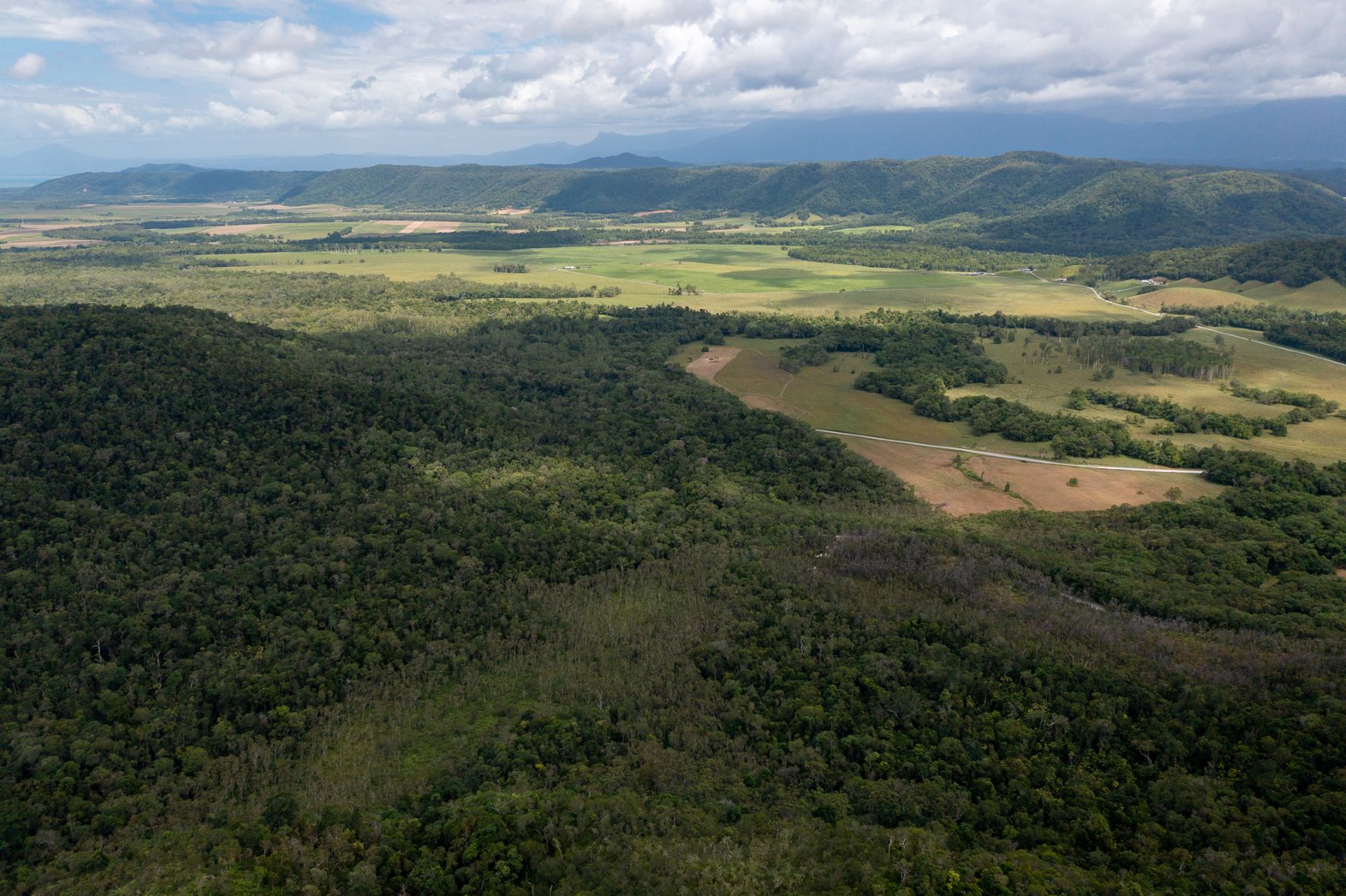 Lot 2 Thornton Peak Drive is 1.17ha of critical habitat for native wildlife and plants. A small creek runs through the rainforest where the presence of the Southern Cassowary has been observed. The rare Bennetts Tree-kangaroo has also been sighted nearby.

Fan Palms (Licuala ramsayii) occur on the property and the species delineates the two main types of vegetation: sclerophyll vegetation which are generally dominated by plants that have hard leaves adapted to drought and fire; and mesophyll vine forest, which is tropical rainforest featuring these Fan Palms in abundance. 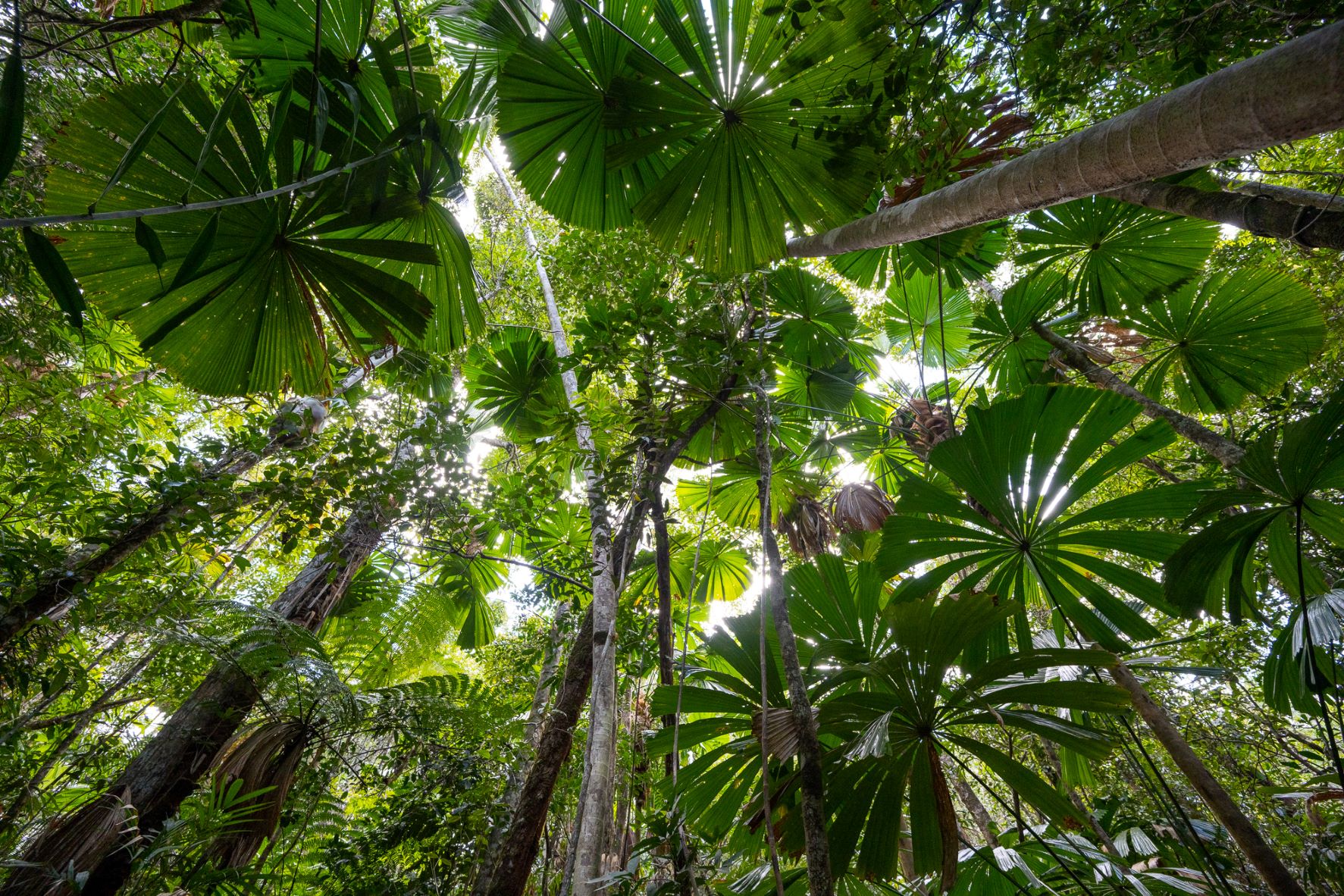 Lot 2 Thornton Peak Drive is located at Forest Creek in the Daintree Lowland Rainforest. Buying land in this location helps us to reverse the impacts of the disastrous 1980’s rural residential subdivision and prevents another house from being built in the Daintree Lowland Rainforest. Lot 2 Thornton Peak Drive is a freehold property and could have been developed for housing just as nearby properties have been in the past.

Lot 2 Thornton Peak Drive adjoins Lot 3, a property that we purchased for conservation in January 2020. This consolidates the area protected for conservation as these two properties also share a boundary with the Daintree National Park and World Heritage Area.

During our survey, the presence of Cassowaries was noted from scats within the rainforest habitat near the creek in the eastern portions of the property.

Some 230 species of native plants were recorded in our ecological survey of the site. Four species are listed under the Queensland’s Environment Protection and Biodiversity Conservation Act (1992). Noah’s Walnut, China Camp Laurel, Thornton Aspen and the Ant plant.

Noah's Walnut (Endiandra microneura) occurs at this site. It is listed as Near Threatened on the Queensland’s Nature Conservation Act (1992). This species is only found within the Daintree Lowland Rainforest predominately north of the Daintree River and south of Cape Tribulation. It produces a vibrant display of limp, red, new leaves as well as large, yellow, oblong-shaped fruits that are dispersed by the Southern Cassowary.

China Camp Laurel (Beilschmiedia castrisinensis) is Near Threatened and was found growing within cassowary droppings which is no surprise as its fruits – which are the size of tennis balls – are only dispersed by the Endangered Southern Cassowary.

Thornton Aspen (Acronychia acuminata) is Near Threatened and is now found only in the rainforests surrounding Thornton Peak, the highest mountain in the Daintree. It was previously found at only six locations between the Daintree River and Bloomfield to the North.

Ant Plant (Myrmecodia beccarii) is one of the Daintree’s most fascinating plants (there are many to choose from). The Ant Plant is epiphytic, growing harmlessly on Melaleucas and other plants with spongy bark, yet it is not parasitic. It has a special association with the Golden Ant (Iridomyrmex cordatus) which lives in the chambers of its tuber. What’s more, the Apollo Butterfly lays its eggs on this plant. The Golden Ants carry the butterfly eggs into the tuber chambers where they develop as butterflies. The Ant Plant’s flowers are white and tubular, to 10mm, and the fruit is white/translucent containing a single seed. These single seeds are transported to other trees by the Mistletoe bird (Dicaeum hirundinaceum). 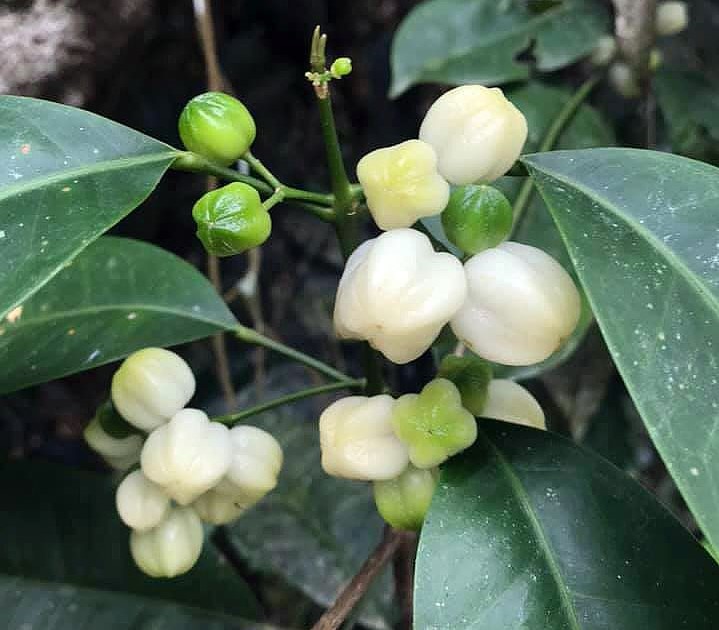 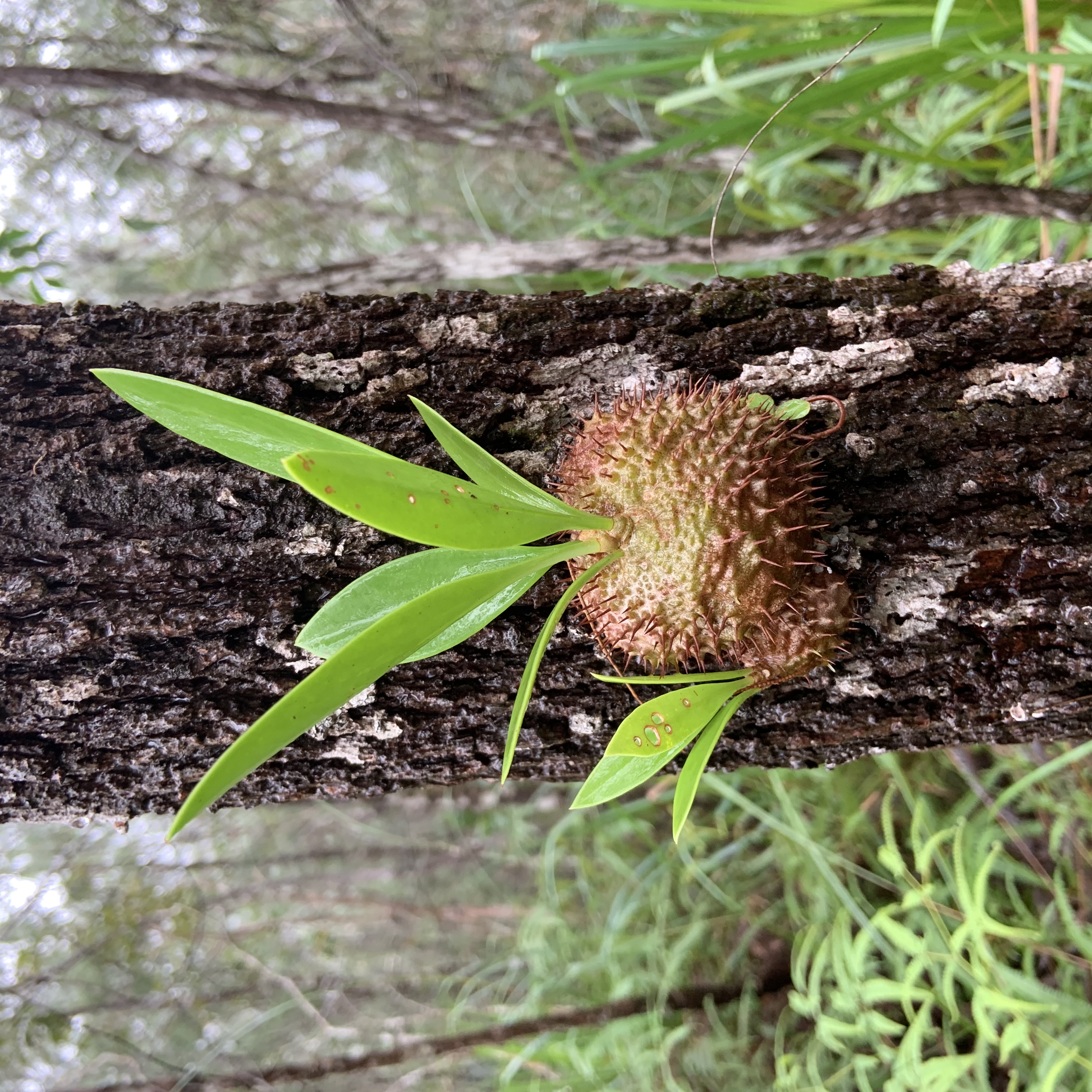 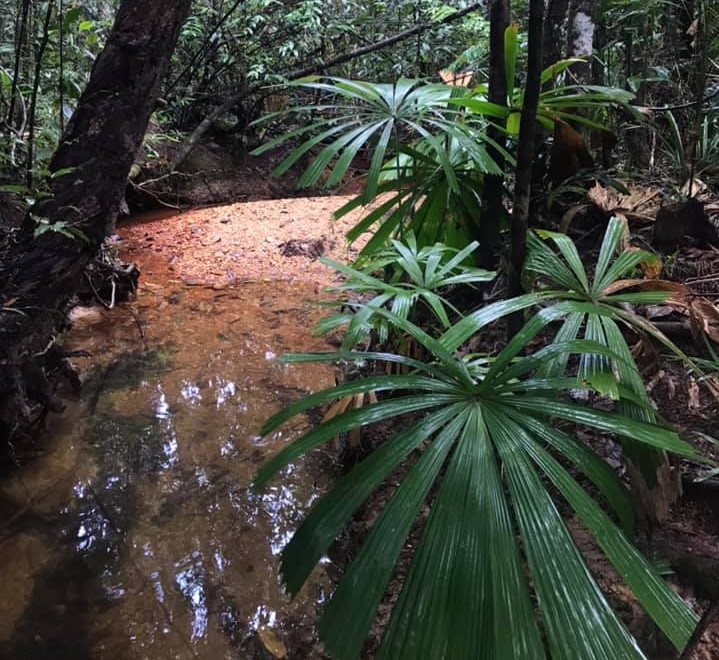 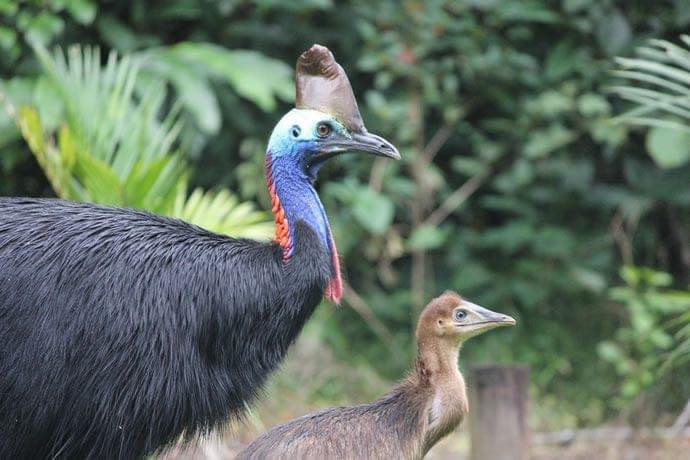 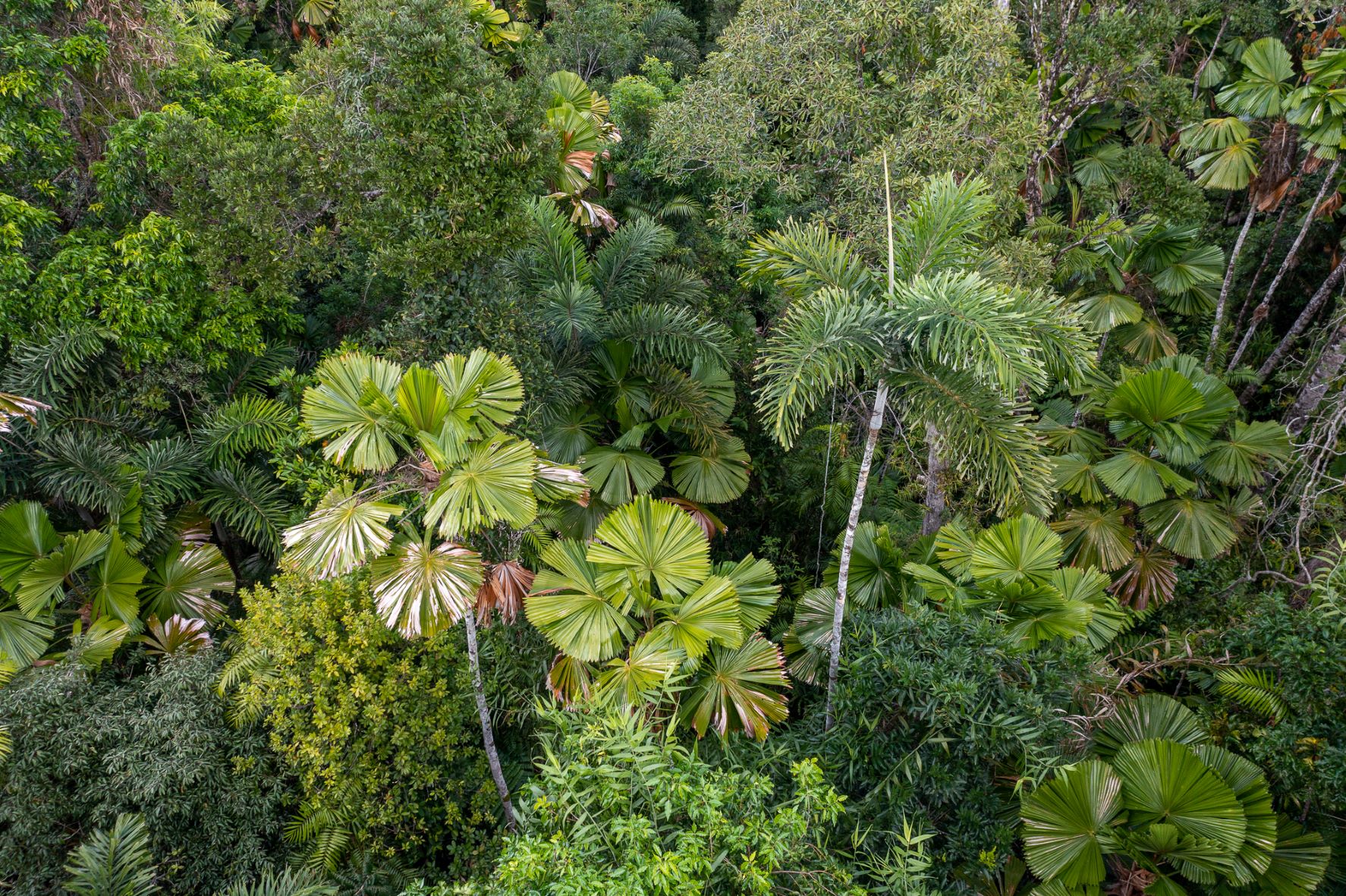 Save the Cassowary Rainforest Cassowary Rare plants Daintree land buyback Forest Creek
Do you like this page?
Tweet