Regional Ecosystem 7.3.10a: Listed as “Of Concern” under the Vegetation Management Act 1999. 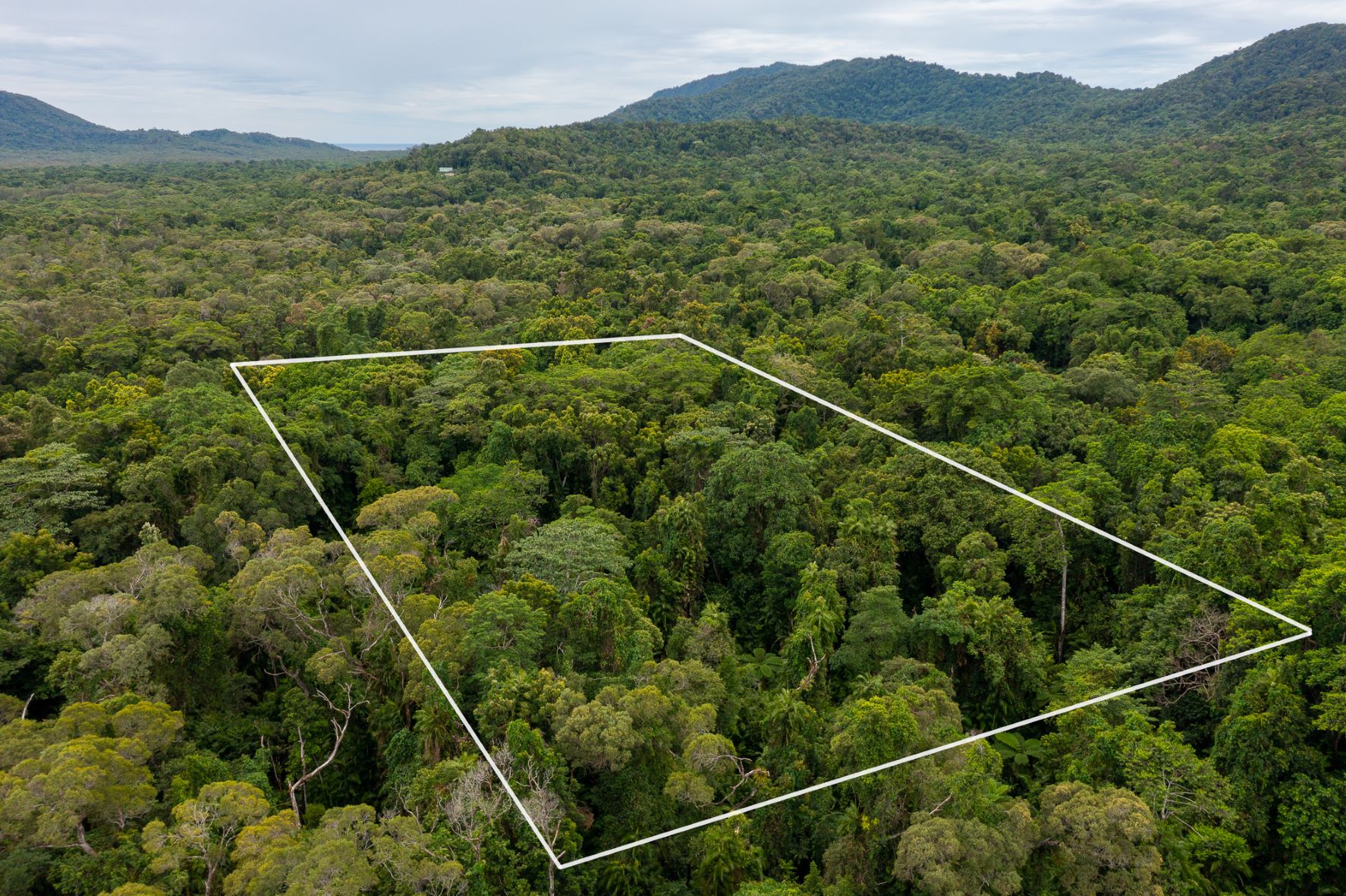 The purchase of Lot 373 Hickory Road provides a secure habitat for the endangered Southern Cassowary and 210 native plant species of plants.

During the survey of Lot 373 Hickory Road we identified 7 exotic plant species. With the purchase of the property, it can now be managed for conservation. Of the weeds, Spanish Shawl (Dissotis rotundifolia) is the most prolific. This is a ground cover species with a flower resembling a Tibouchina or Melastoma. They will be hand weeded and bagged for removal. Other exotic plants are the Breadfruit (Artocarpus altilis) which likely originated from neighbouring properties and Heliconia rostrata which are likely residual from planted specimens. Lot 373 Hickory Road will now be managed for conservation and all of the exotic plants removed.

In 1982 the Queensland government approved a 1,136-lot rural residential subdivision in the Daintree. This resulted in two-thirds of the Daintree Lowland Rainforest being excluded from protection in the Daintree National Park and Wet Tropics World Heritage Area that was declared in 1988. Lot 373 Hickory Road is one of these properties. 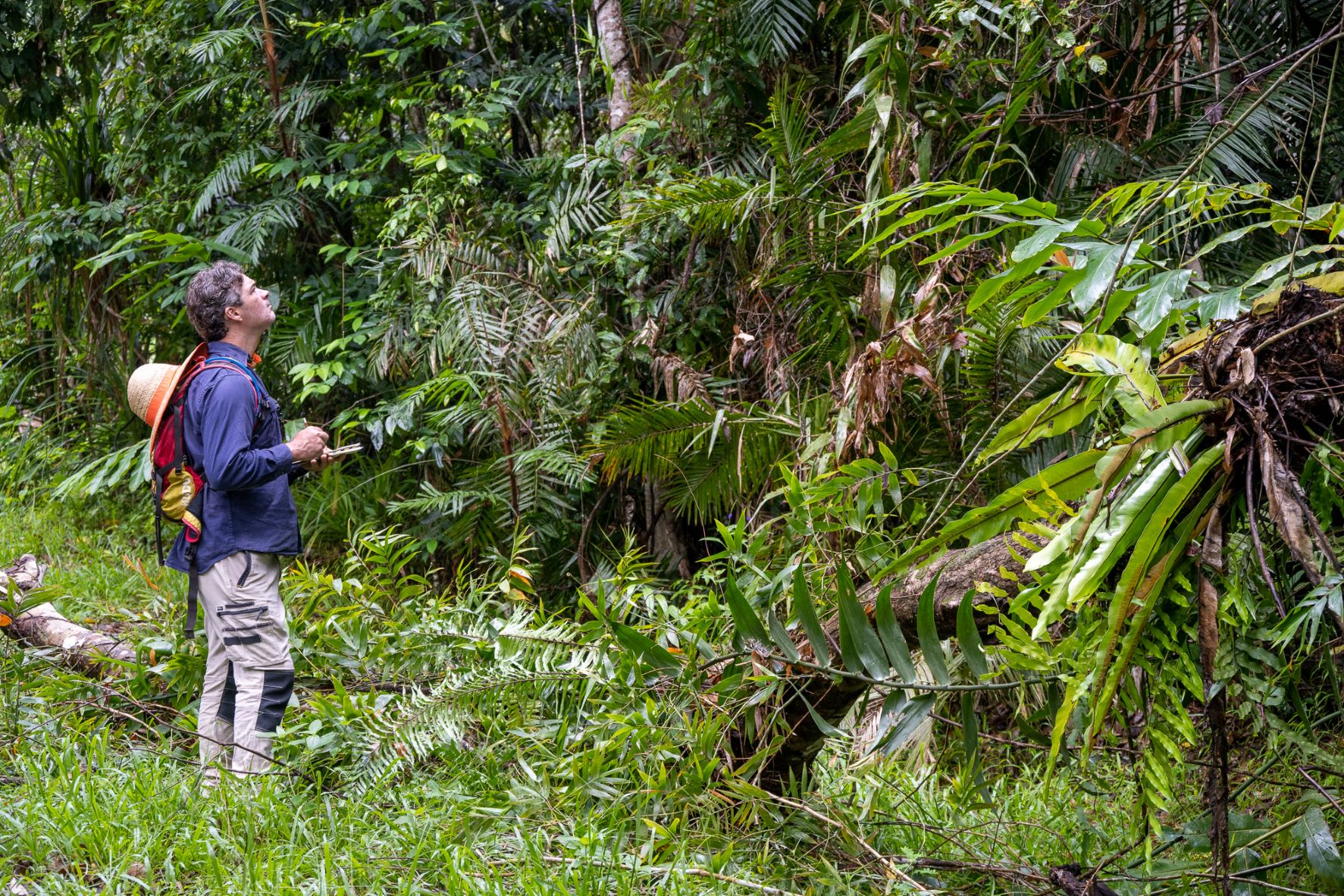 Before we make a commitment to purchase a Daintree Rainforest property for conservation we have ecologists undertake a comprehensive survey to confirm the conservation values.

A vegetation survey undertaken on the 4th of February 2022 identified 210 native plant species including 4 plant species listed on the Queensland Nature Conservation Act 1992. There are also 5 endemic plant species that have their distribution largely restricted to the Daintree lowlands.

The Fragrant Boxwood (Xanthophyllum fragrans) was identified on Lot 373 as one mature-sized specimen. This is the first record of this Threatened species on any of the properties surveyed thus far. The specimen is approximately 10m tall and mature. It produces fragrant showy white flowers and large orange fruits.

Lot 373 Hickory Road is the only property where we have found the Fragrant Boxwood, an endemic tree restricted to the tropical rainforests of Far North Queensland. On lot 373 it was identified from just one mature-sized specimen of approximately 10m tall.

The survey of Lot 373 Hickory Road by our ecologist and botanist identified 210 species of native plants including four species of conservation importance. The China Camp Laurel (Beilschmiedia castrisinensis), Gray’s Walnut (Endiandra grayi), Noah’s Walnut (Endiandra microneura), and the Fragrant Boxwood (Xanthophyllum fragrans), are listed as Threatened species in the Queensland Nature Conservation Act 1992. We've taken many photographs of the property and you can see them here.

Lot 373 Hickory Road provides essential habitat for the Southern Cassowary (Casuarius casuarius johnsonii) which is listed as Endangered in the Queensland Nature Conservation Act 1992. This property shares a boundary with the Daintree National Park / World Heritage Area. Evidence of the Southern Cassowary using the property was confirmed by dung. Cassowaries are regularly sighted in the adjoining Daintree National Park and on nearby properties. 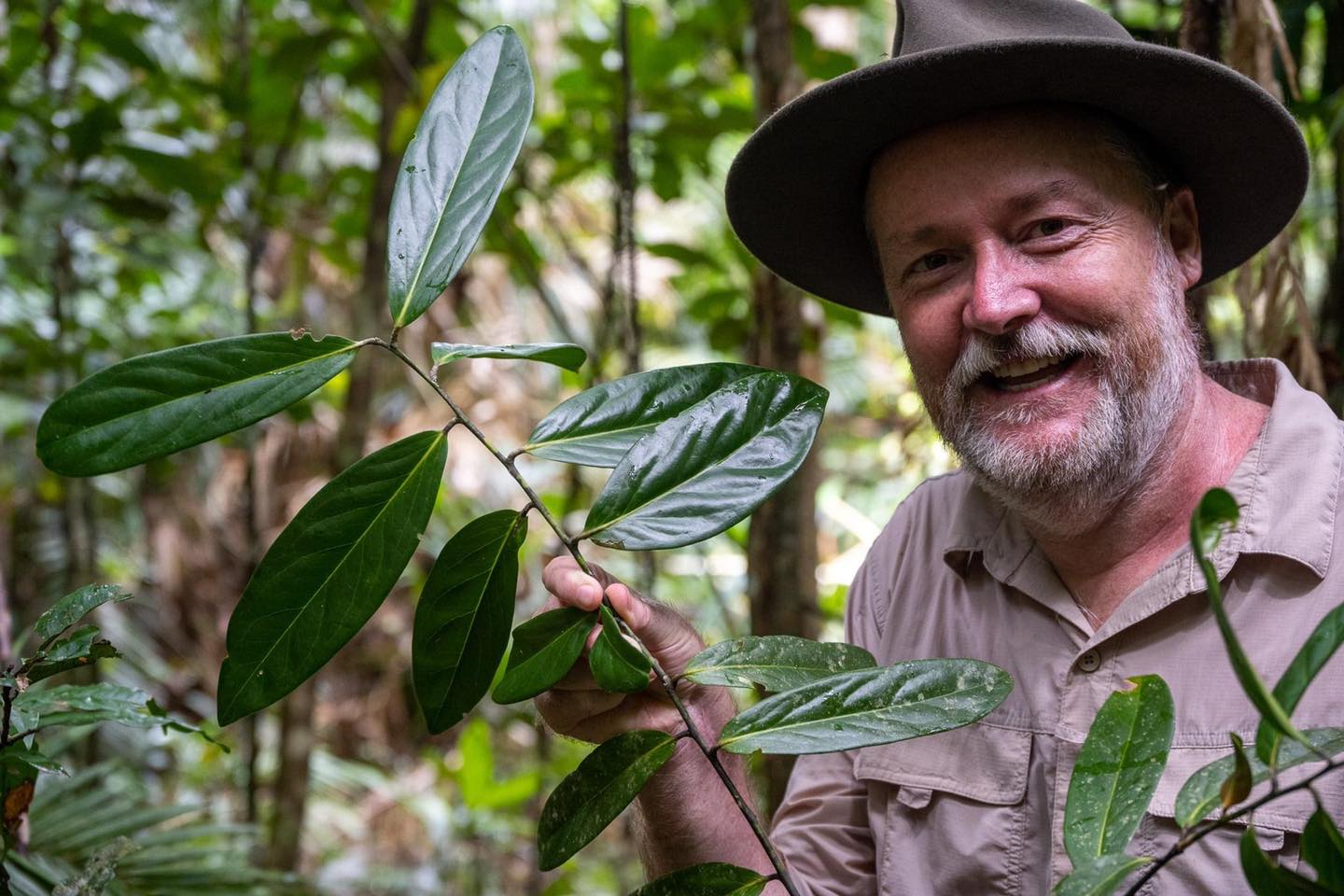 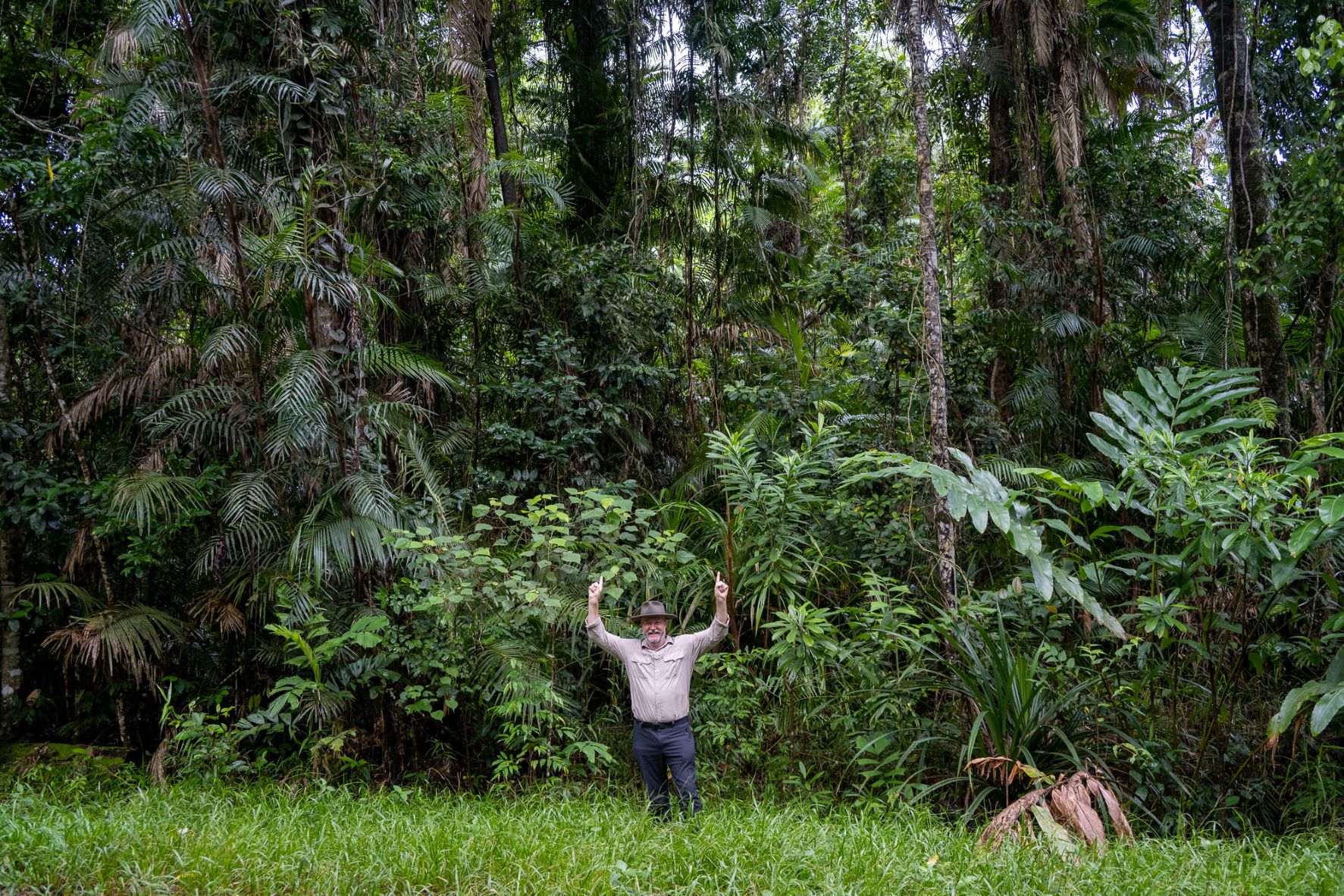 The Daintree Lowland Rainforest is one of the oldest rainforests on Earth and provides a refuge for wildlife and ancient flowering plants. It holds exceptionally high biodiversity and conservation value and is the largest continuous area of tropical rainforest remaining in Australia. With almost 200 undeveloped properties remaining in private ownership, the future of the Daintree is yet to be determined. Will it be increased development and urbanisation, or will it be the winding back of the disastrous subdivision to save the Daintree. 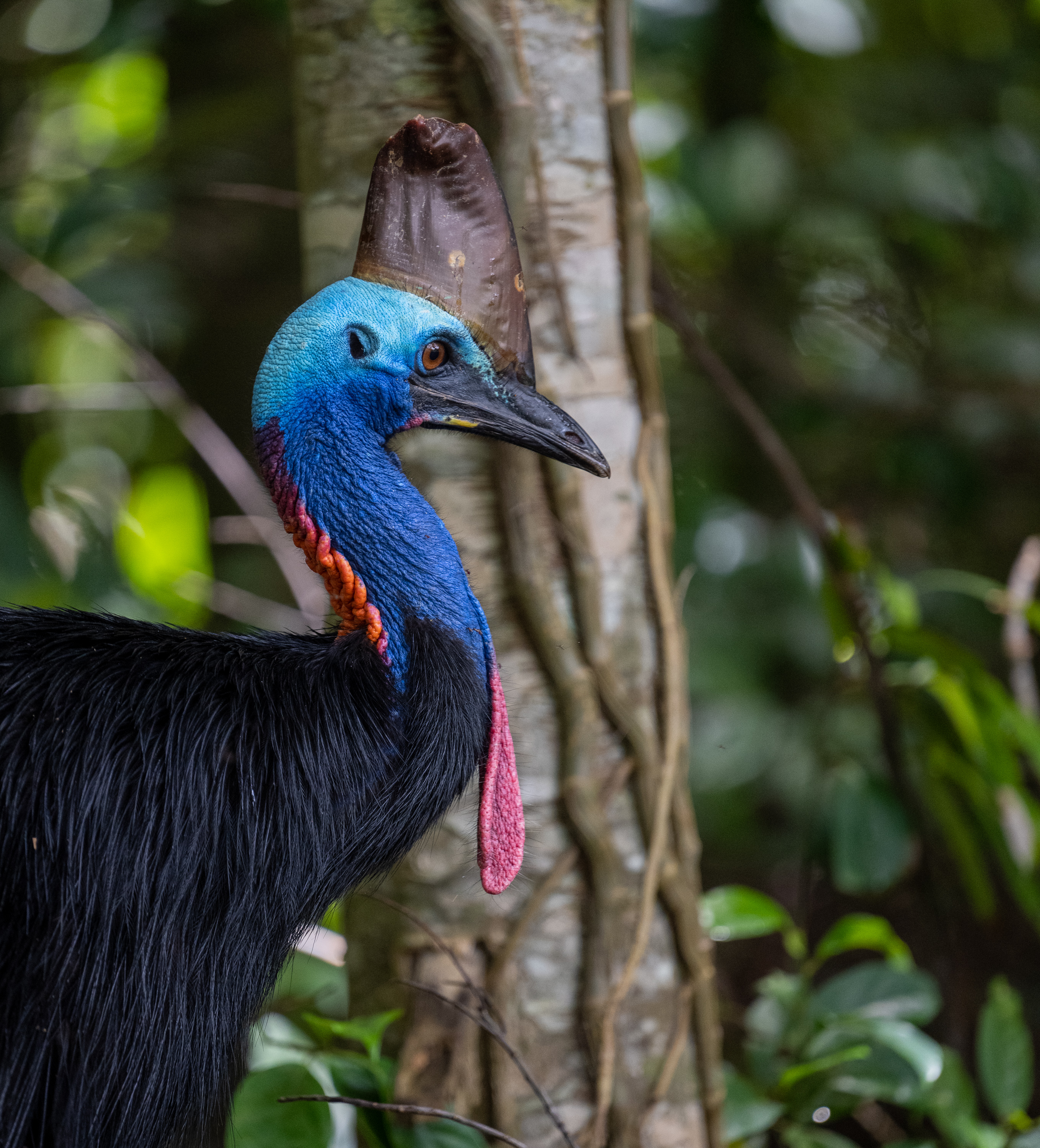 The Rainforest 4 Foundation and HalfCut recognise that we are Stronger Together and now raise funds together for the buyback of properties in the Daintree that are at risk of clearing and development. Thanks to HalfCut and their wonderful supporters for their significant contribution to the purchase of Lot 373 Hickory Road and the other Daintree Rainforest properties we are acquiring for conservation. 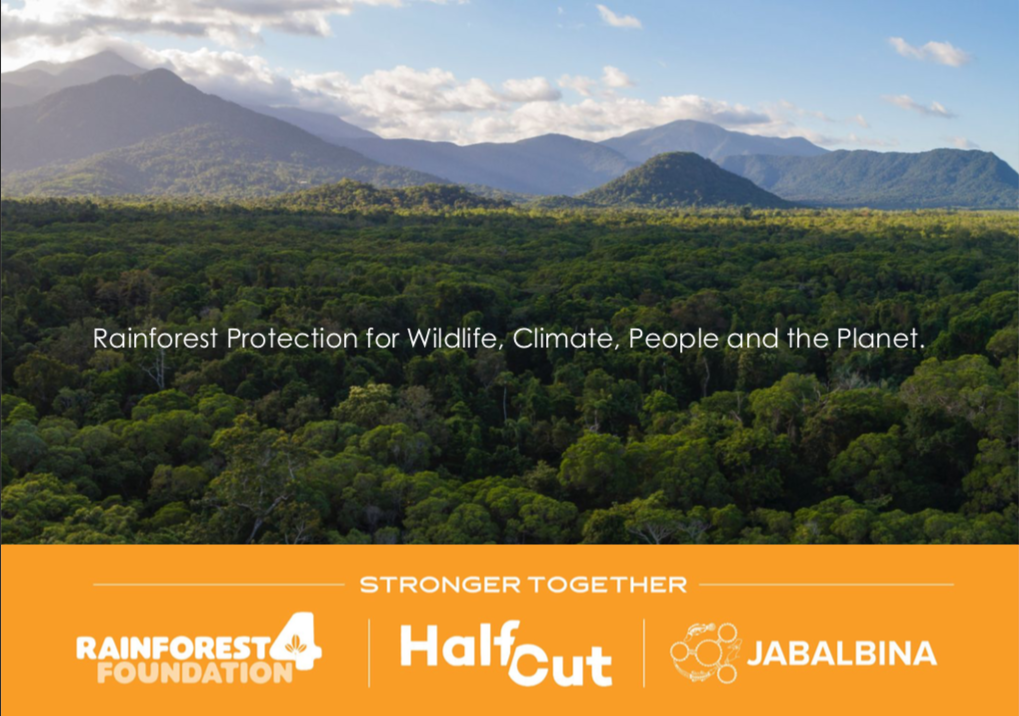