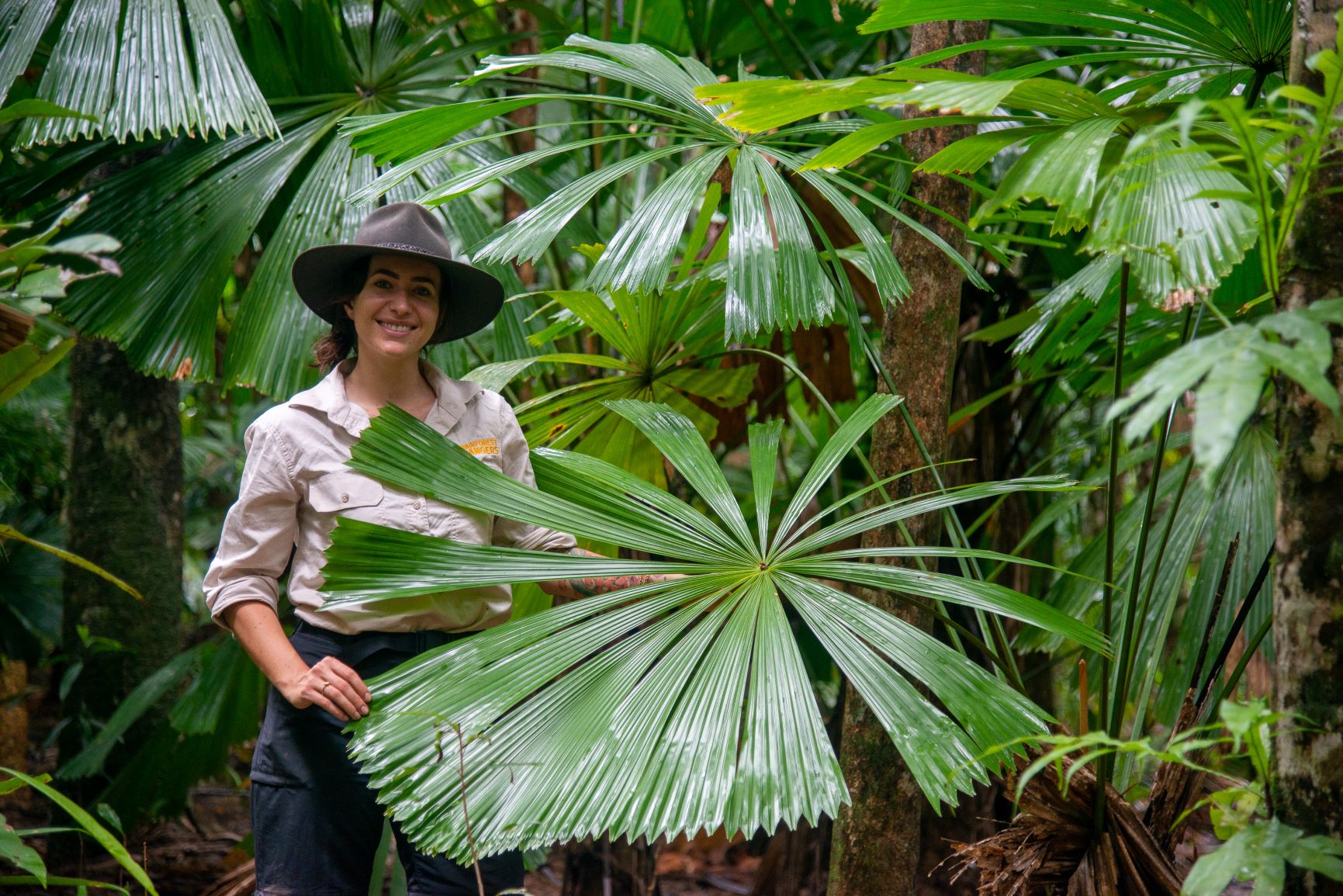 The Fan Palms in the Daintree Rainforest are exceptionally beautiful and where they dominate, the rainforest is stunning. This is one of Australia’s most beautiful landscapes and thanks to the support of many generous donors Lot 110 Palm Road is now protected forever.

Fan Palm dominated tropical rainforest is classified as Regional Ecosystem 7.3.4. The Queensland government indicates “very little of this habitat (RE 7.3.4) remains” with an estimated 3,000 hectares prior to clearing and 1,000 hectares remaining in 2019. This Fan Palm dominated vegetation type solely occurs between Cardwell and Cape Tribulation and what remains, less than half is within reserves. 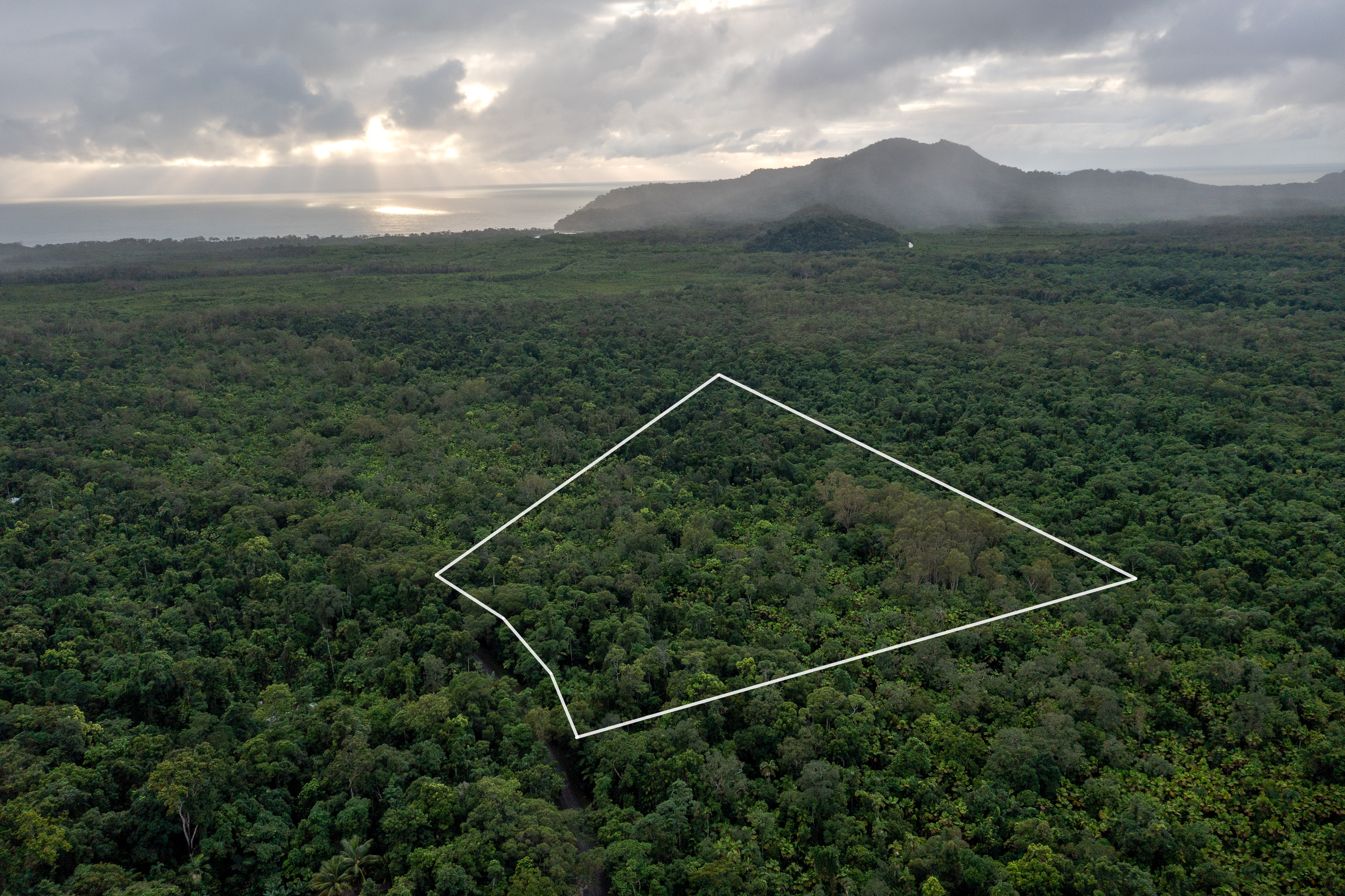 A subdivision was carved into the Daintree Lowland Rainforest in 1982. This created Palm Road and dozens of freehold properties. Then houses were built and occupied bringing domestic dogs and exotic plants. This has damaged one of the most significant remnants of Fan Palm dominated tropical rainforest. In 1988 the Daintree National Park was expanded and was included in the Wet Tropics Work Heritage Area. This should have seen Lot 110 Palm Road protected forever. However, two thirds of the Daintree Lowland Rainforest, the land between the Daintree River and Cape Tribulation had been carved up for a rural residential subdivision in 1982 and was excluded from World Heritage listing.

Lot 110 Palm Road is located in Diwan in the heart of the Daintree Lowland Rainforest. The property has a boundary on three sides with the Daintree National Park estate. Buying land in this location helps us to reverse the impacts of the disastrous 1980’s rural residential subdivision. We are focusing our efforts at Diwan as scientists have identified this area as being the highest priority for conservation. 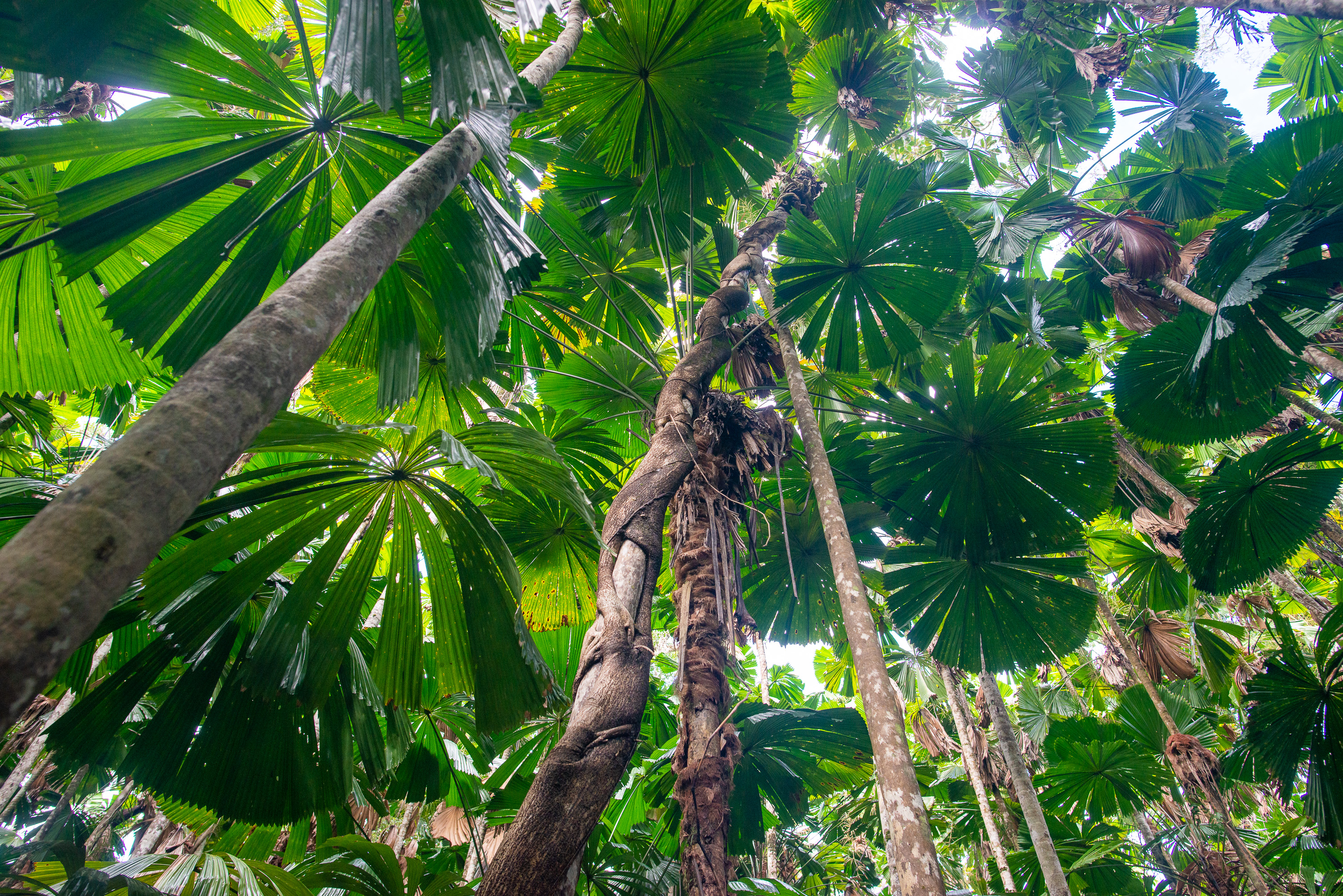 Fan Palm dominated rainforests provide habitat for a number of rare and threatened flora and fauna, including the Southern Cassowary and Bennett’s Tree Kangaroo. Cassowaries are frugivores and the fruits of tropical rainforest plants represent 98% of their diet (they also eat invertebrates and fungi). As Fan Palms produce fruits their fruits between January and March they are particularly important to Cassowaries as many other plants are not fruiting at that time. 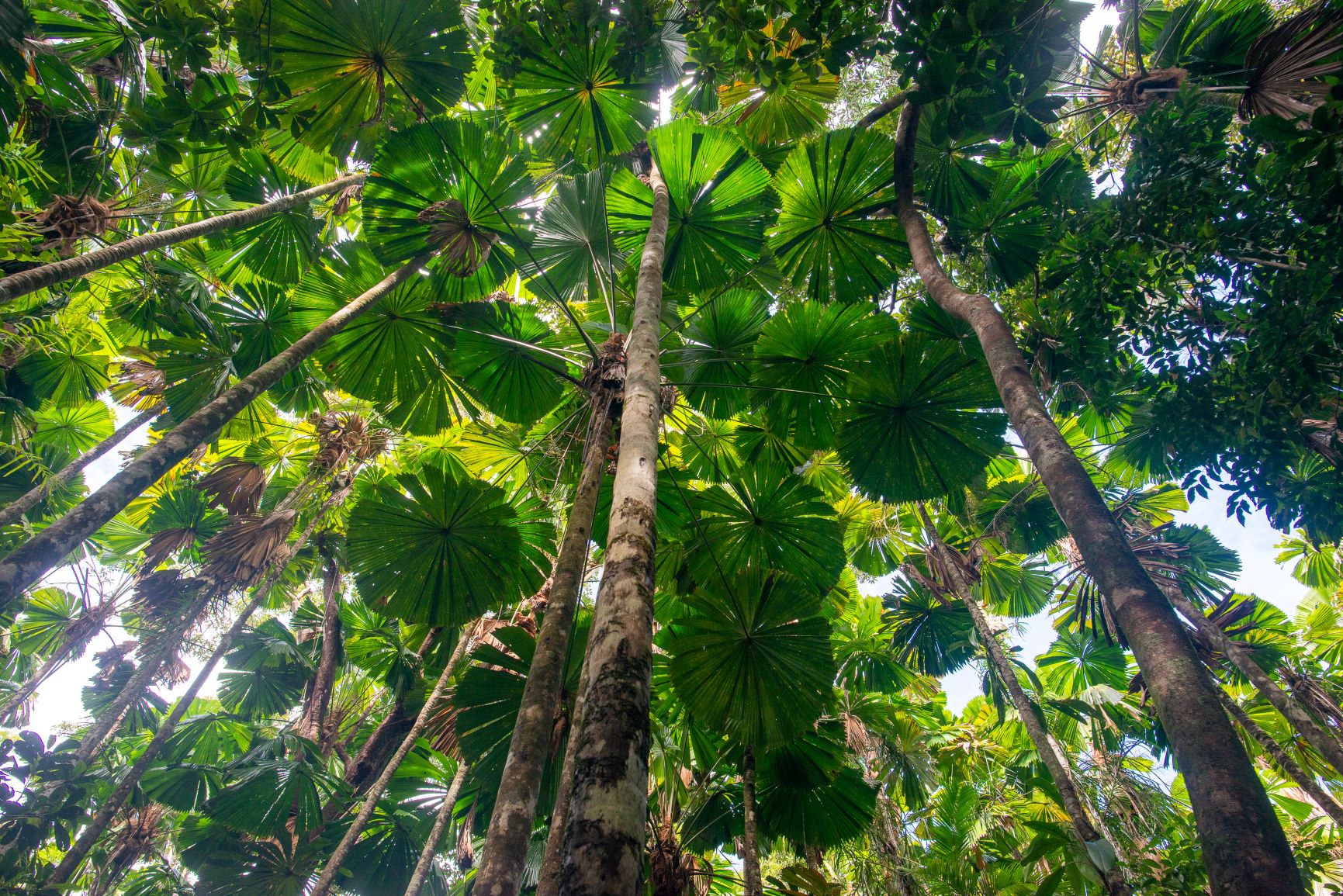 Before we made a commitment to purchasin Lot 110 Palm Road we thoroughly assessed its value to conservation. Consideration is given to biodiversity status (whether there is presence of endangered, threatened, or of concern vegetation), proximity to settled lots, canopy coverage, proximity to existing protected areas, and risk of future development. This assessment was undertaken by our conservation staff and specialist ecologist and botanist.

The vegetation survey confirmed Lot 110 Palm Road as one of the most important locations for the conservation of Fan Palm dominated tropical rainforest. The importance of the property has also been confirmed by the presence of seven plants that are listed as Threatened species under conservation legislation and the existence of a number of regionally endemic species. Of particular importance was the occurrence of one of Australia’s rarest plants, Isachne sharpie (no common name), which is highly localised and Endangered. It was first identified in 2001 from specimens found less than 1km from Lot 110 and was only confirmed as a new species in 2010. 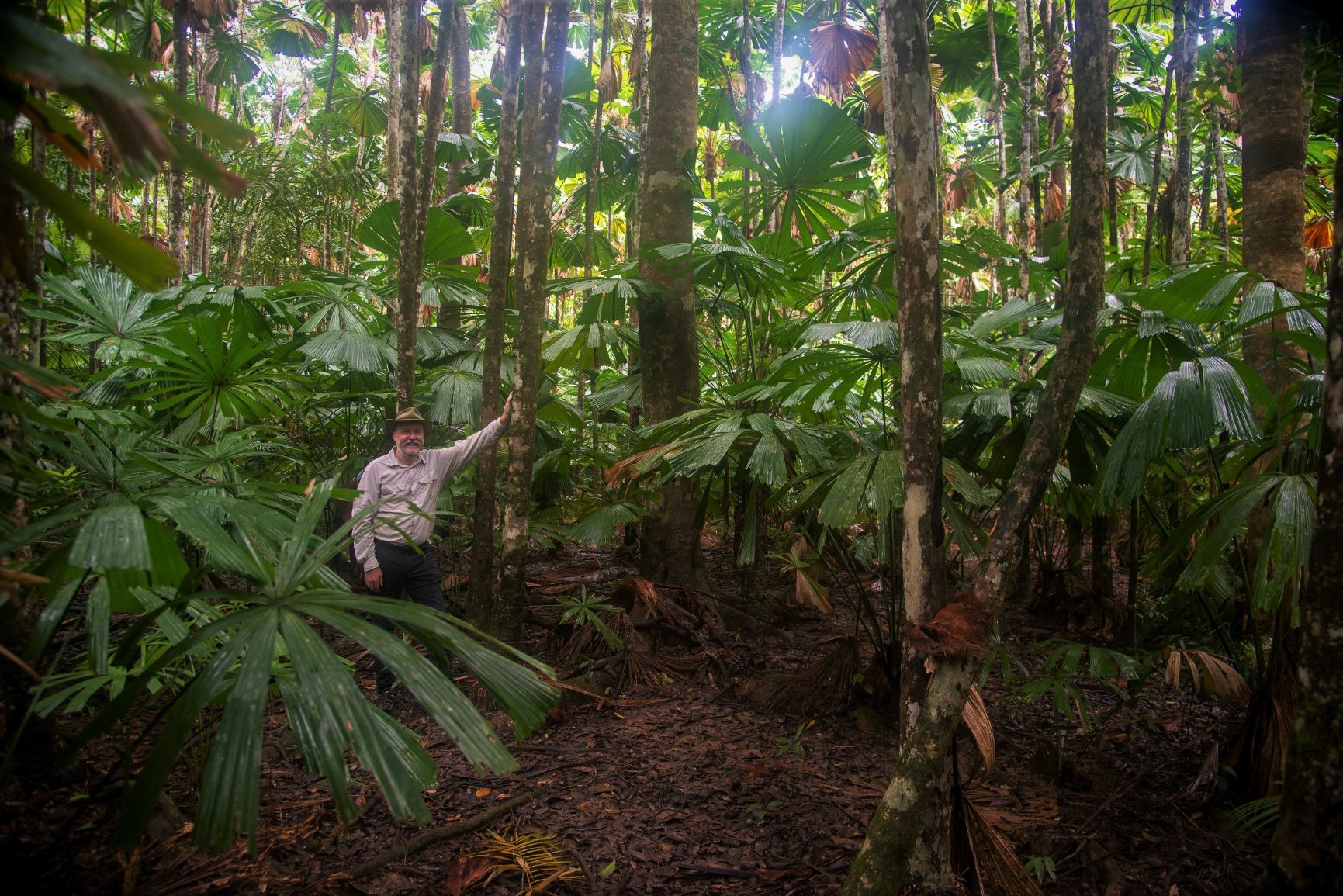 The Fan Palm vegetation on Lot 110 Palm Road has rainforest tree species interspersed and often emerging above the Palms. The occasional tree species include, Northern Silky Oak (Cardwellia sublimis), Kuranda Quandong (Elaeocarpus bancroftii), Cassowary Plum (Cerbera floribunda), Golden Bouquet tree (Deplanchea tetraphylla). There are five species within the Pandanaceae (Pandanus family) within 3 genera and 8 species of Palms. The property has 199 species of native plant and this very high diversity of species and the presence of 7 plant species listed under conservation legislation highlights the importance of preserving Lot 110 Palm Road. 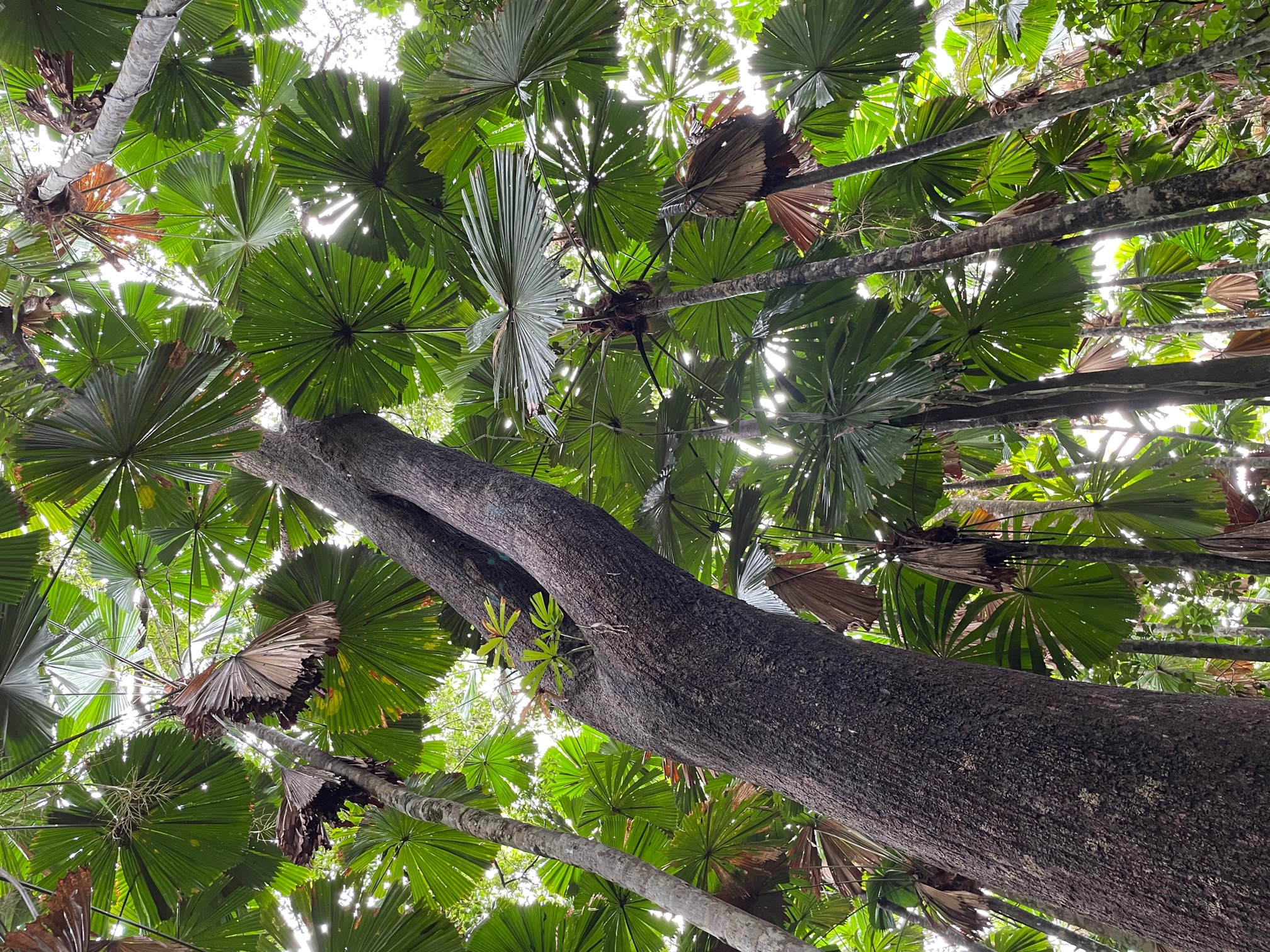 We partner with HalfCut. Thanks to Jimmy and Jess and all the HalfCut supporters for helping to purchase and protect Lot 110 Palm Road.

You can learn more about our project Land Purchase to Save the Daintree here.

Please make a donation now to help purchase the next Daintree Rainforest property.

Daintree Rainforest Save the Daintree Save the Cassowary Daintree buyback Daintree land purchase Fan Palm forest
Do you like this page?
Tweet