A historic handover of land has occurred at Bloomfield today, seeing more than 160,000 hectares returned to the ownership of the Eastern Kuku Yalanji people. 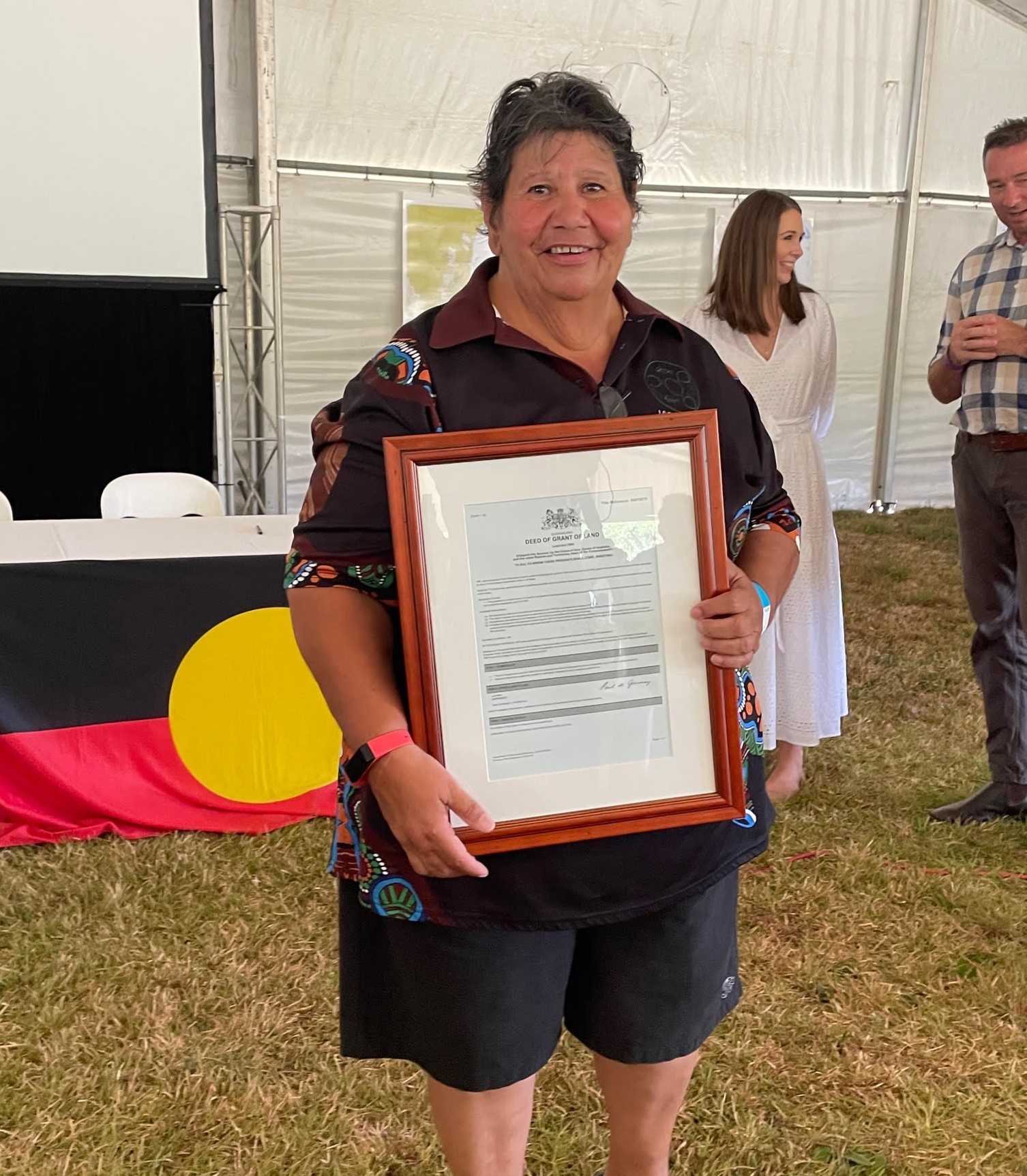 In addition, an Indigenous Management Agreement was signed for the designation of the Daintree, Ngalba-bulal, Kalkajaka, and Hope Islands national parks as Cape York Peninsula Aboriginal Land (CYPAL). These national parks total 160,108 hectares and will be jointly managed by Jabalbina Yalanji Aboriginal Corporation and the Queensland Government.

More than 350 people attended the handover ceremony and celebration north of Wujal Wujal with speeches by Eastern Kuku Yalanji Elders, dances, and a signing and formal handover of deeds. First Nations families from across the Wet Tropics attended. 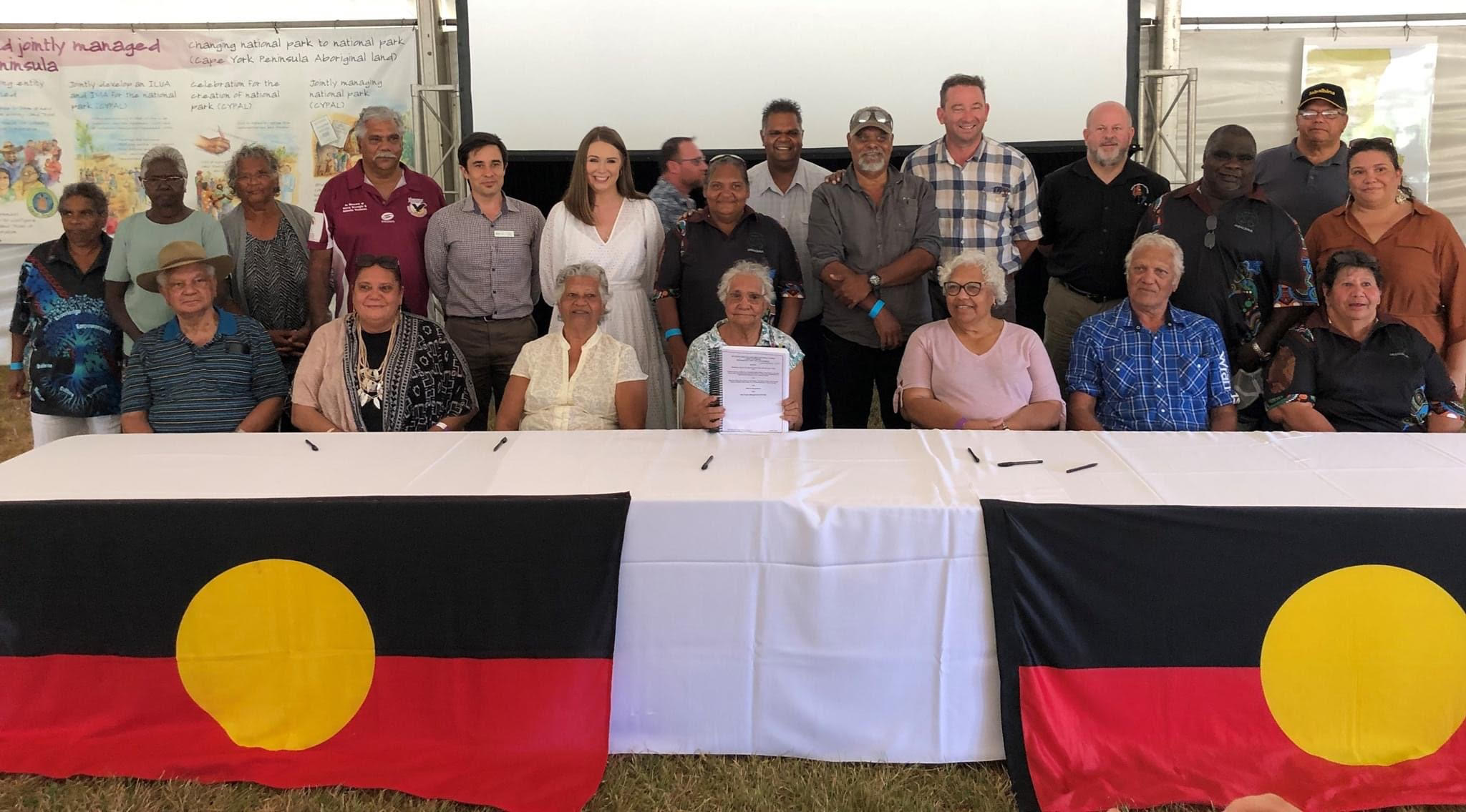 Tahlia Burchill, an Eastern Kuku Yalanji woman who was MC for the event said today was about “returning Bubu to Bama and protecting significant conservation values.”

“After negotiations on a range of complex issues over many meetings, even though COVID, and visits to Country an in-principle agreement was reached between the Queensland Government and the TONC (Traditional Owner Negotiation Committee) in November 2020.

“And so today we will celebrate the handover of land to the rightful Traditional Owners, the Eastern Yalanjiwarra.”

Auntie Lyn Johnson, an Eastern Kuku Yalanji Traditional Owner and Chair of the Jabalbina Yalanji Aboriginal Corporation was one of the speakers at the ceremony.

Lyn acknowledged many people who contributed to this historic outcome and paid special tribute to the Elders and Traditional Owners who led and supported the process. 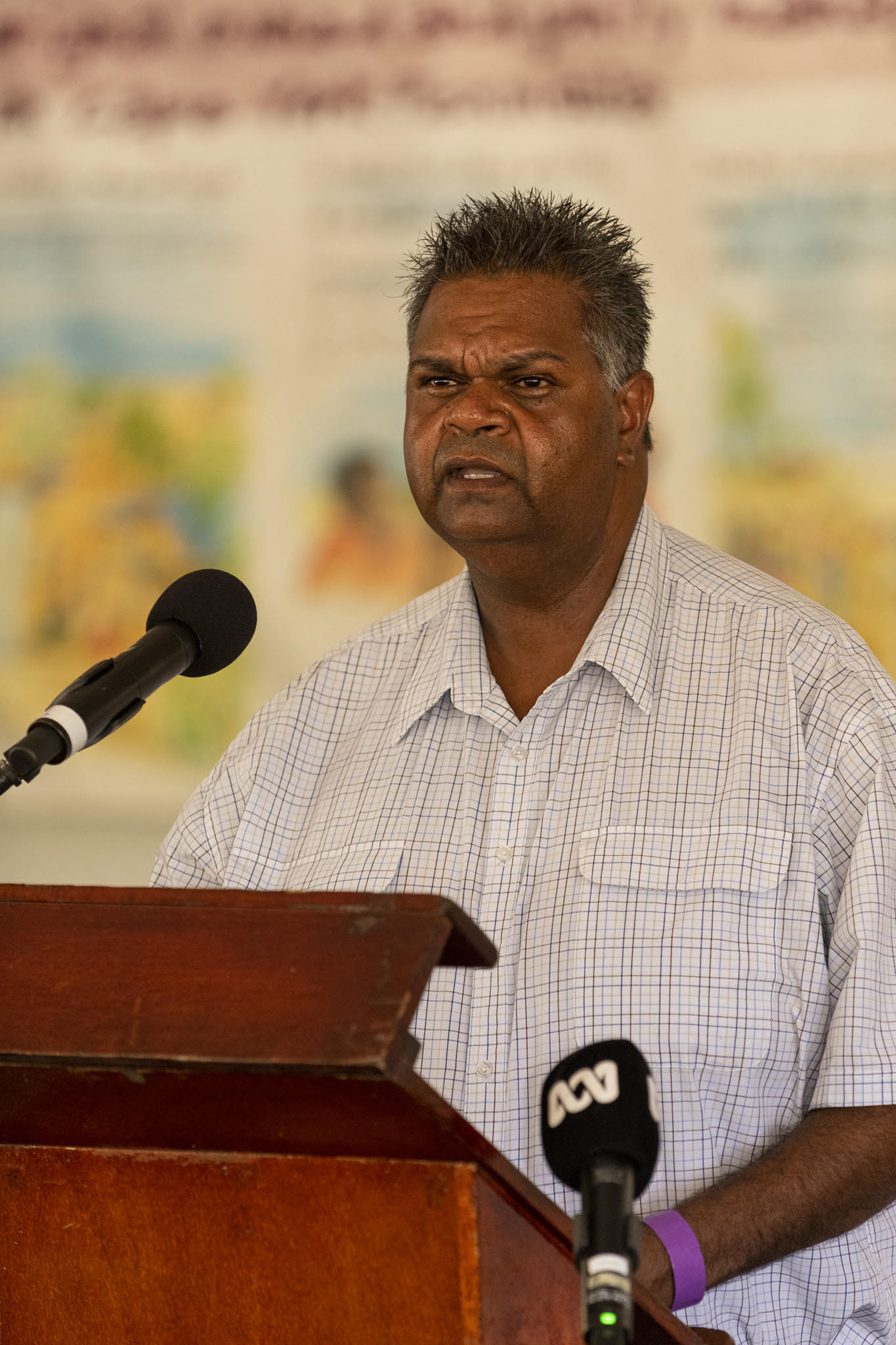 “We should really thank those who started this process and are no longer with us, but are here in spirit.”

“This land has belonged to our People for millennia,” Desmond said.

“There is unbroken occupation and unbroken relationship with our Bubu.”

“Our stories and our ancestors’ spirits are in every valley, every mountain, every tree, every rock in the sea and the river. This connection to Bubu is very real and very alive.”

“So today, we are here for a handover, not a handback.”

“And know that it belongs to us and to future generations to come.”

“Today’s handback marks the government returning more than 3.8 million hectares of land back to Traditional Owners on Cape York, with 2.3 million hectares to be jointly managed by our rangers and the community,” Minister Scanlon said. 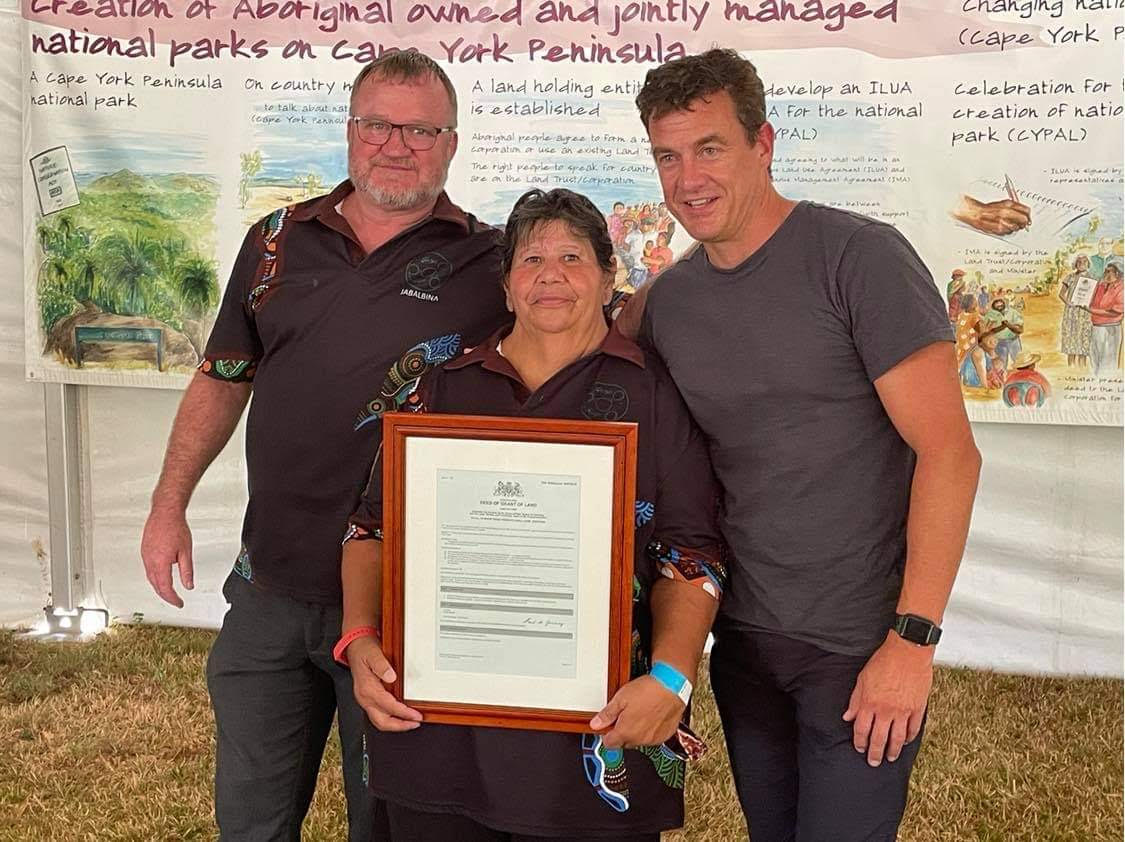 Richard Christian, Rainforest 4 Foundation CEO attended the event on behalf of the organisation.

"Jabalbina Yalanji Aboriginal Corporation is a significant partner of Rainforest 4 Foundation and HalfCut and our Save the Daintree program," Richard said.

Richard said he was honoured to be invited as a guest of the Eastern Kuku Yalanji people.

“Seeing the dream become a reality is humbling,” Richard said.

“Today is a great win for the Eastern Kuku Yalanji people.”

"The partnership we have with Jabalbina Yalanji Aboriginal Corporation and HalfCut enables us to build on this great outcome for Bama and Bubu."

"Six rainforest blocks purchased through our Save the Daintree program were transferred to the Jabalbina Yalanji Aboriginal Corporation Land Trust in May."

"Over time, the additional properties we've purchased will be also be returned to Eastern Kuku Yalanji people for inclusion in the Daintree National Park and Cape York Peninsula Aboriginal Lands."

"The agreement between Jabalbina and the Queensland Government ensures the land that we are purchasing for conservation will be protected and that it will be managed into the future by the Jabalbina Rangers."