Kelvin Davies explains why land in the Daintree Lowland Rainforest is at risk of development and makes the case for ongoing "buyback" to protect the Daintree forever. 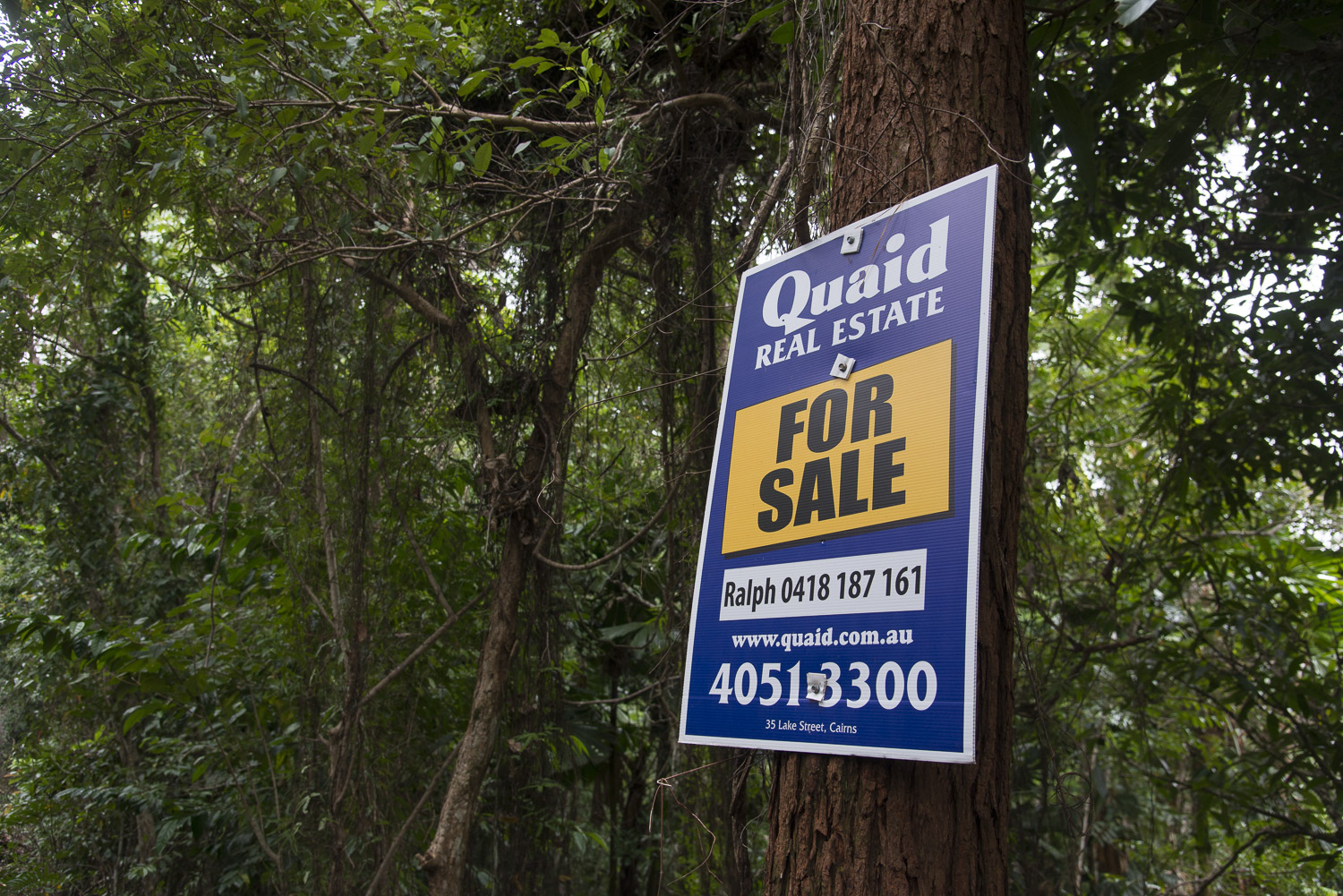 One of many for sale signs in the Daintree Lowland Rainforest.

Many Australian’s believe the Daintree Rainforest is protected in a national park, however, that's not the reality. In the mid 1980’s the Queensland government approved an 1,100-lot rural residential subdivision in the Daintree Lowland Rainforest resulting in two-thirds of the lowland rainforest (between the Daintree River and Cape Tribulation) being excluded from protection in the Daintree National Park and Wet Tropics World Heritage Area that was declared in 1988.

The development that followed the subdivision resulted in fragmentation of the rainforest through the construction of 50 km of roads and the building of hundreds of houses. Settlement has introduced exotic plants that have become weeds and domestic dogs and traffic that are a threat to wildlife. Because the land in question is in private ownership, the only option to resolve the issue has been the purchase and protection of additional lands for conservation and to expand Daintree National Park. 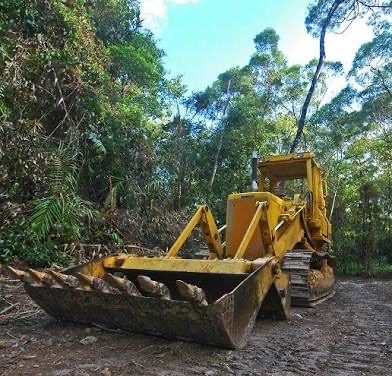 Clearing for development in the Daintree Lowland Rainforest.

The Douglas Shire Council, Queensland and Australian governments have all contributed financially to the purchase or ‘buyback’ of freehold land aimed at preventing development and winding back the impacts of the subdivision. For twenty-five years this has been complemented through acquisitions by local and national non-profit conservation organisations that have acquired 75 properties.

Today it’s estimated that 170 undeveloped freehold properties remain zoned as having development potential and therefore they remain at risk. Population growth, changes to the economy, pressure to provide mains electricity, a bridge rather than the ferry, and improved telecommunications could see the risk of development in the Daintree increase.

The reasons for protecting the Daintree Lowland Rainforest are many and the International Union for the Conservation of Nature have conveyed this succinctly, saying; “Within the region, the Daintree River to Cape Tribulation coast has a special status. It is the last surviving, essentially intact, tropical lowland rainforest in Australia. It has one of the highest diversity of plant families anywhere in the world. Its rarity, fame and superlative beauty make it one of the foundations of the region’s economy. It is the only place in the world where two World Heritage Areas meet".

Clearly, there is a need for more buyback by non-profit organisations and at an increased rate. Rainforest 4 is supporting this process through its project Land Purchase to Save the Daintree.

History of Development and Conservation in the Daintree lowlands:

The Current status and Land at Risk

Rainforest 4 is supporting land purchase and protection through its project Land Purchase to Save the Daintree.