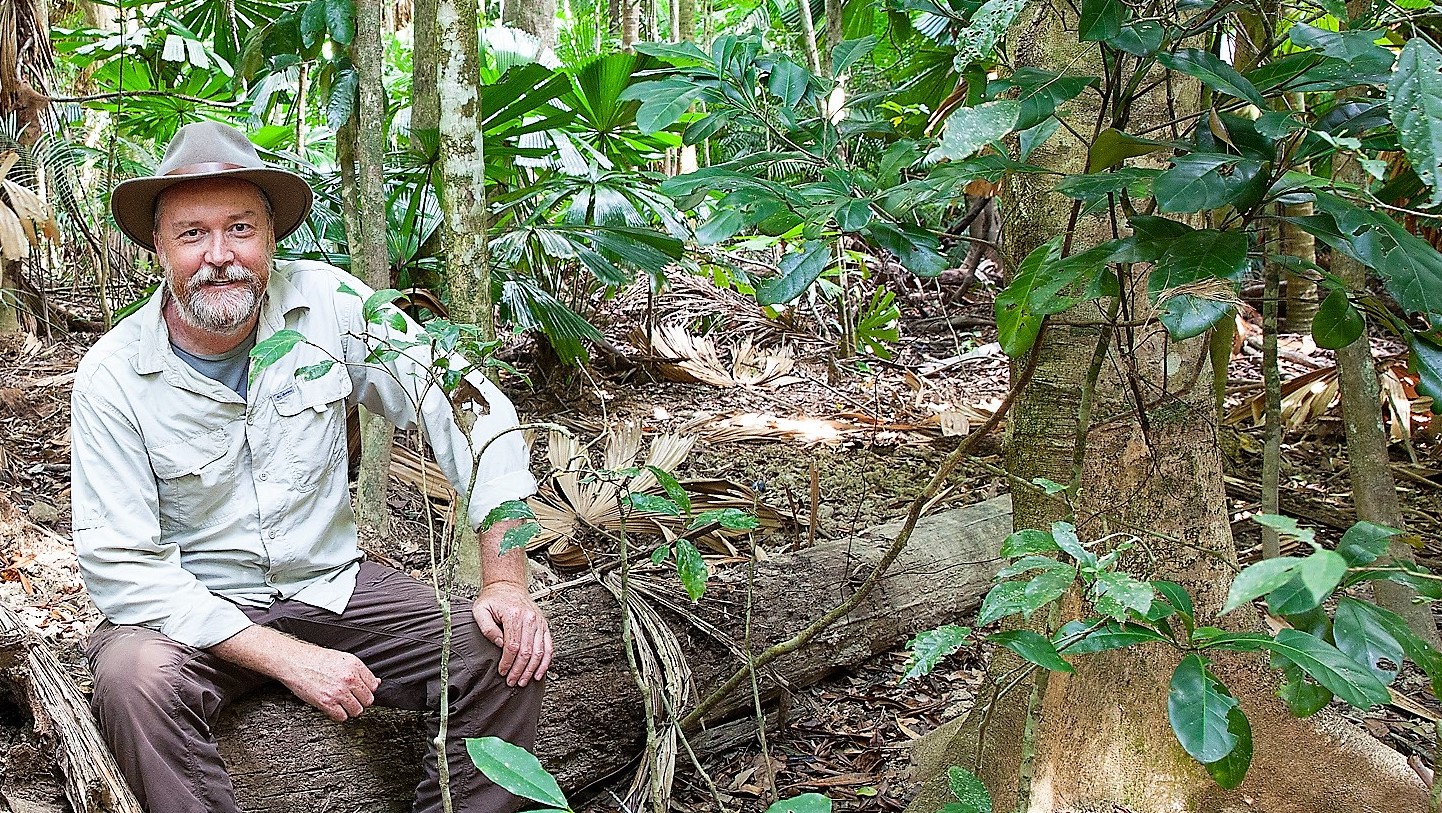 Kelvin Davies founded the Rainforest 4 Foundation to continue his lifelong commitment to protecting and restoring the Earth's rainforests.

His contribution to rainforest conservaiton began in 1990 when he joined the Melbourne Rainforest Action Group and actively supported the campaign to end the importation of rainforest timber. The work of the Group achieved an 80% reduction of tropical sawn timber imported into Melbourne from Malaysia between 1988 and 1992.

In January 1998 he conceptualised and initiated the development of Rainforest Rescue as a non-profit organisation. As the CEO and Founding Director, he created innovative and engaging fundraising programs that drove growth for 15 consecutive years. Significant contributions were made to rainforest purchase, protection, and rehabilitation projects in many countries around the world. Kelvin developed and implemented the Daintree Buy Back and Protect Forever Project to purchase freehold properties in the Daintree Lowland Rainforest with funds raised from the community. He is also a co-founder of Big Scrub Rainforest Day, a long-running annual event established in 1999 to educate the community and inspire individuals in the restoration of rainforests in northern New South Wales.

On the 23rd of August 2018, he founded the Rainforest 4 Foundation to deliver outcomes for wildlife, climate, people, and the planet through purchasing land, creating new protected areas, stopping and reversing the impacts of development and restoring rainforest ecosystems damaged in the past.

Kelvin is also the Founder of the Rainforest Rangers program to restore the Earth's Rainforests.