Lot 330 in the Daintree: purchased and protected

Partnership with Kuku Yalanji people, Rainforest Reserves Australia, AUSTROP, HalfCut and Rainforest 4 has protected a piece of ancient landscape which is home to more than 170 species of plant and endangered animals like the Southern Cassowary, 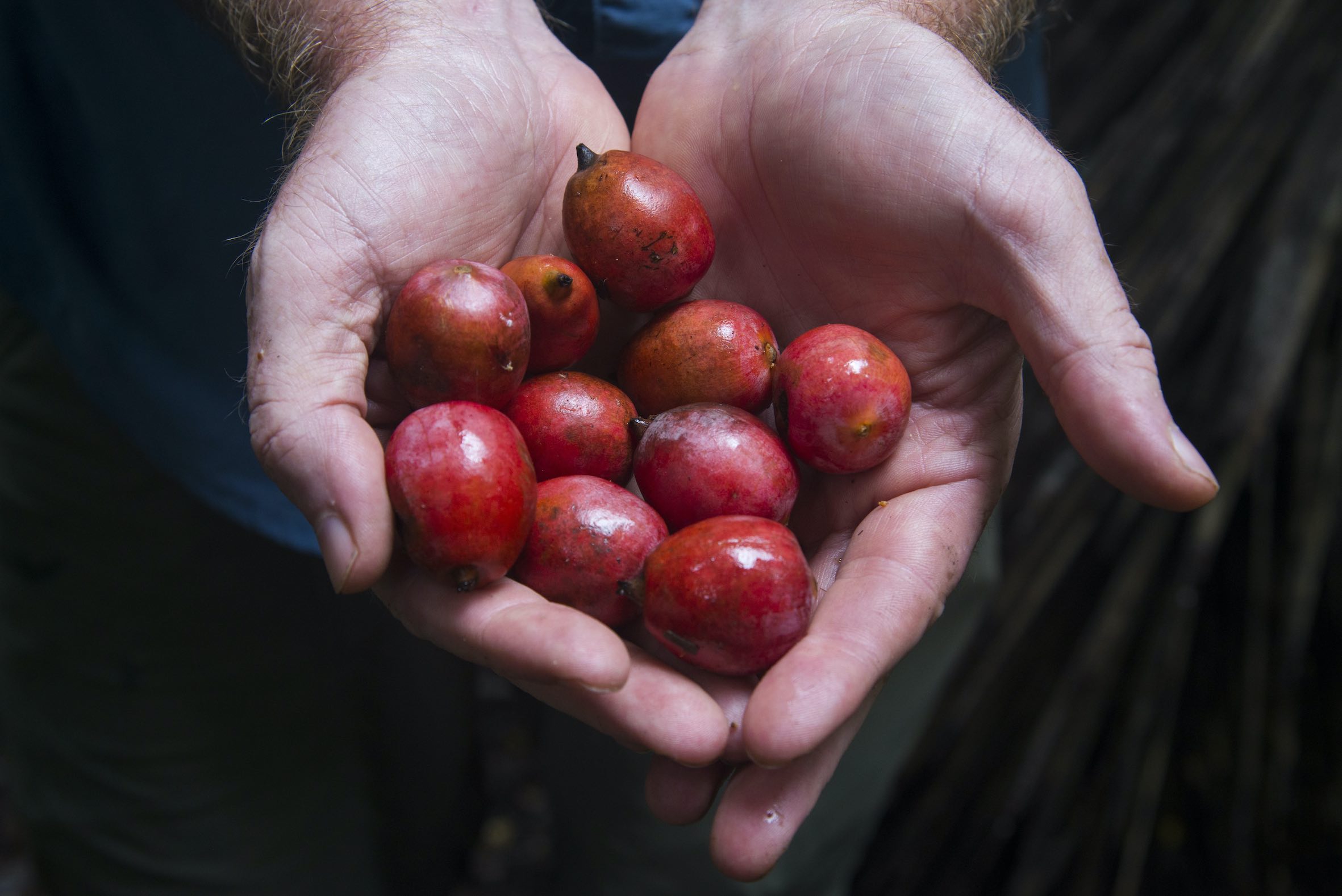 Fruits of the Black Palm - Pic by Steven Nowakowski

The rainforests of the Daintree are breathtakingly stunning as well as ecologically significant at a global scale. They represent the largest area of lowland rainforest in Australia, with an area sufficient to ensure ongoing evolutionary and ecological processes despite 120 million years of climate and geological change. This special environment also contains living relics from the Cretaceous period – the last age of the dinosaurs.

With your help we’ve purchased and protected an important piece of this ancient landscape.

This week we took ownership of Lot 330 Cape Tribulation Road in the Daintree Lowland Rainforest. While the block is only one hectare in size, it contains an incredible diversity of plants and animals and is primary habitat for the endangered Southern Cassowary, known as Kurranji by the Traditional Owners the Kuku Yalanji. All in all, 176 native species were surveyed on the site prior to purchase.

Lot 330 Cape Tribulation Road contains a dizzying array of incredibly special plants. The Black Palm (Normanbya normanbyi), known as Duwar by the Kuku Yalanji, is a food source for the endangered Southern Cassowary. This single-stemmed palm grows up to 30m tall and Cassowaries are drawn to its brightly coloured fruits which litter the rainforest floor.

The near threatened Thornton Aspen (Acronychia acuminate) is also found on Lot 330. This species is restricted to the Daintree Rainforest and only found in forests surrounding Thornton Peak, the highest mountain in the Daintree. It’s a nondescript species and often overlooked but it also produces fruits that are attractive to birds, including the Cassowary.

Kelvin Davies with a Zamia Fern - Pic by Steven Nowakowski

The Zamia Fern (Bowenia spectabilis) is found on Lot 330 as well. It’s a species of cycad – a very ancient group of plants. They don’t produce flowers and reproduce instead by means of cones borne on separate male and female plants. The cones of the Zamia Fern seem to pop right out of the ground and the species is endemic to Queensland.

With your help, we’ve now protected six blocks in just two years. The purchase of this property is a huge outcome for conservation.

Of course protecting a special place like the Daintree Rainforest isn’t something we can achieve alone. Saving Lot 330 was made possible by your donations as well as contributions from HalfCut, Australian Tropical Research Foundation, and Rainforest Reserves Australia. Rainforest 4 Foundation is working with its partners to create new protected areas in the Daintree.

Kelvin Davies is the Founder of the Rainforest 4 Foundation and he says partnerships are essential to protecting the world’s most at risk ecosystems.

“The purchase of Lot 330 in the Daintree Lowland Rainforest is a great example of how collaboration between organisations with shared objectives can achieve practical outcomes for conservation,” Kelvin said.

We’re also working with the Jabalbina Yalanji Aboriginal Corporation - who represent the Eastern Kuku Yalanji Bama (people) in the management of Bubu (land) - to purchase and protect land in the Daintree Lowland Rainforest. Jabalbina Yalanji Aboriginal Corporation has an established relationship with the Queensland Government and manages the acquisition of land in the Daintree Lowland Rainforest and the transfer of the title to the Queensland Government for inclusion in the Daintree National Park.

Despite these partnerships and our efforts to buy back the rainforest, there is constant pressure to develop this ancient landscape. An area of 85km2 of Daintree Lowlands is freehold land outside of the Daintree National Park and World Heritage Area. Rural residential development is the single most significant and preventable threatening process in the Daintree. But there are now also talks of a new bridge across the Daintree River.

Many residential subdivision blocks are located on steep sites which leads to a high risk of erosion and slippage and domestic dogs attack and displace native animals as well as an increase in recreational pig hunting with dogs which has resulted in Cassowary deaths. An increase in year-round traffic has resulted in wildlife incidences. Road fatalities are the single greatest cause of cassowary deaths.

We’re now working with Jabilbina Yulanji Aboriginal Corporate who will take carriage of having Lot 330 added to the Daintree National Park ensuring its protection into the future.

This is part of our ongoing program of Land Purchase to Save the Daintree Rainforest. Please make a donation now to help us purchase Lot 155 Cape Tribulation Orad and add it to the Daintree National Park.