New species likely lost to development in the Daintree

A species of Dysoxylum only seen once in the Daintree has likely been destroyed by development.

In northern and eastern coastal regions of Australia, fifteen recorded species of Dysoxylum grow naturally and are known by the common name "rosewoods".

Botanist Andrew Small observed a cauliflorous form of a Dysoxylum species which he says is “definitely not one of the described species”. He found just one small tree in Cow Bay, took a couple of photos, and returned a week later to find the vegetation had been cleared for a driveway. Further clearing followed and a house was constructed on the site. 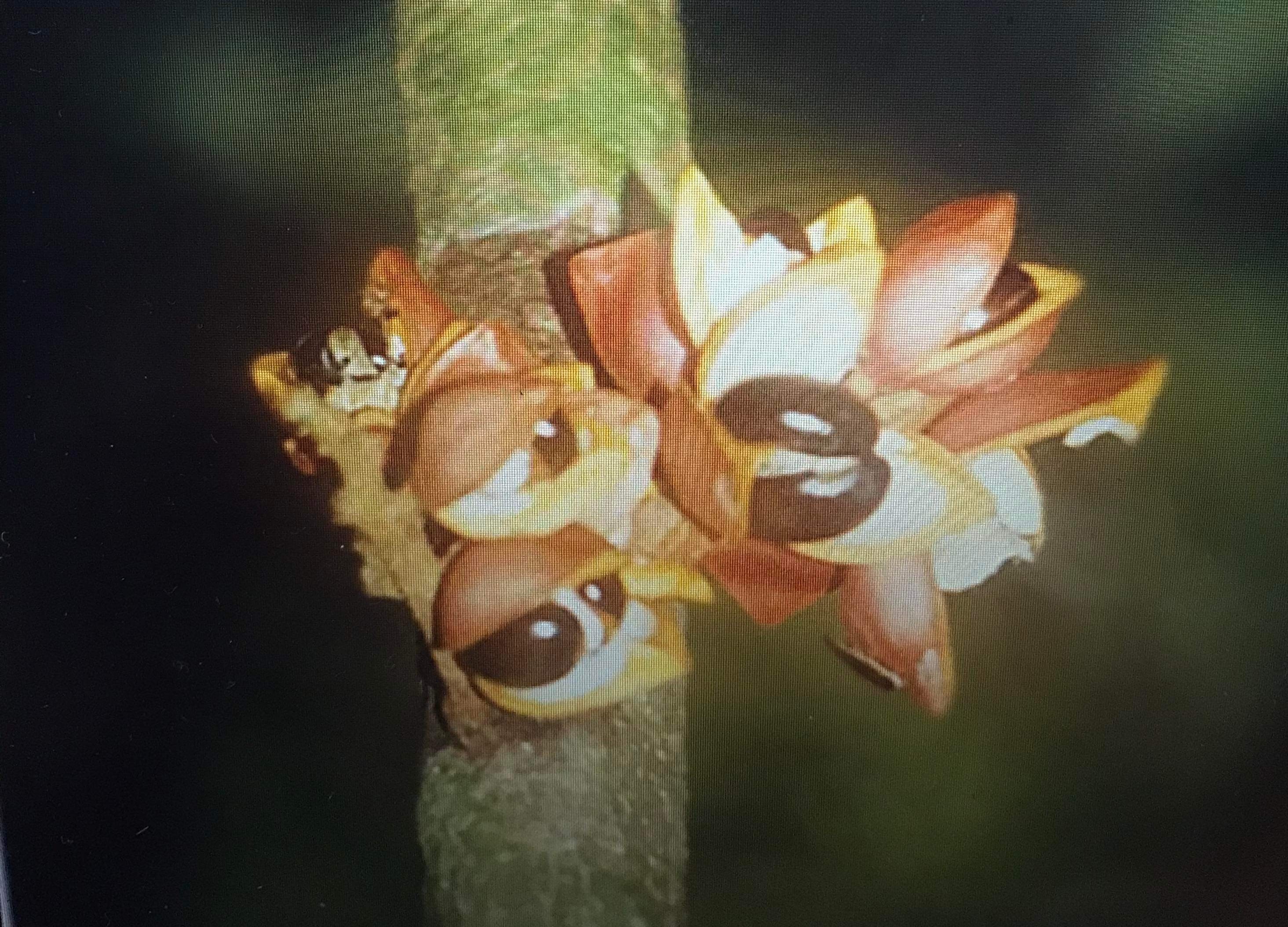 Rainforest 4 Foundation ecologist Kristopher Kupsch, who has undertaken botanical surveys in the Daintree for more than 25 years, has never come across the plant.

“No other specimens have been found,” he said.

The loss of this species, which is now potentially extinct can be attributed to the subdivision of the Daintree Lowland Rainforest which began in 1982. While much of the Daintree is protected as World Heritage Area National Park, there are still 200 blocks that can be purchased and developed for new housing.

Kristopher explained that the Dysoxylum genus has recently been revised to reinstate the Didymocheton genus which is often cauliflorous or ramiflorous rainforest trees.

“That means they flower or fruit from the main trunk and/or branches,” Kristopher said. “This potentially extinct species was probably a slender cauliflorous Didymocheton species.”

Kristopher says the photos of this plant, taken by Andrew Small, show it is distinguishable from other known species.

“Ecologically, this form of Meliaceae species is expressed in other tropical rainforest parts of the world near to North Queensland with cauliflorous Didymocheton in both Papua and New Caledonia and a single cauliflorous Dysoxylum in the Wet Tropics Dysoxylum parasiticum, thus the chances of an extricably rare outlier in this group cannot be discounted.

Kelvin Davies is the Founder of the Rainforest 4 Foundation. He said the plant is one of many new species that ecologists have encountered in the Daintree which are at risk when new residential development is approved.

“Every property in the Daintree is essential to nature conservation and every single block our ecologist has surveyed contains threatened species.”

“Even a small 1ha block could provide habitat for species that are yet to be described.”

The site where the species of Dysoxylum was found has been recorded, however, it is not being revealed.

"We are not wanting to cast blame on people who cleared the rainforest in the past. No one was aware there at that time of how important the vegetation was as a habitat for a new species."

What we are pointing out is the need to preserve the remaining undeveloped properties in the Daintree and not to allow more clearing for housing development". 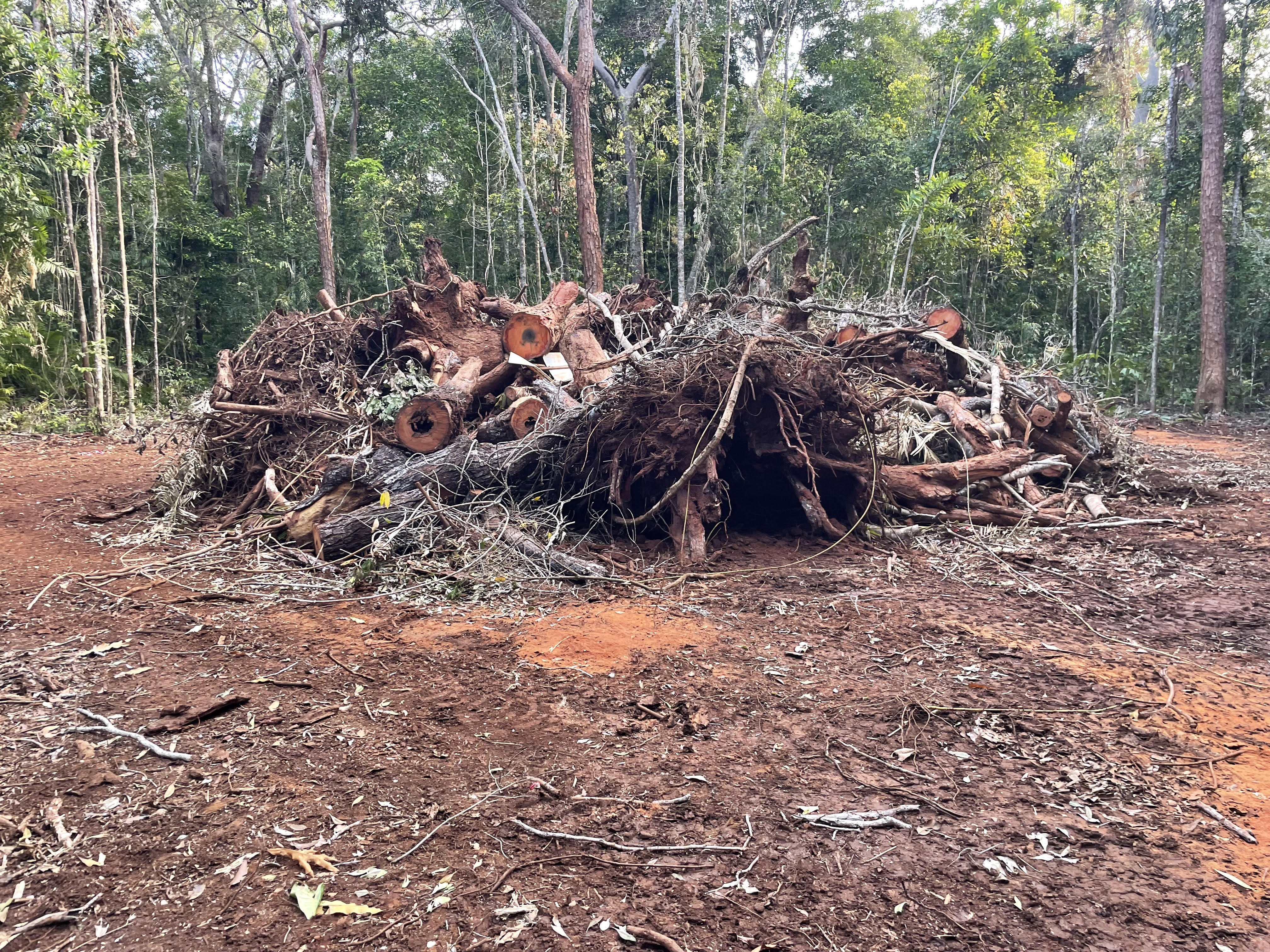 An example of vegetation clearing for development in Cow Bay

“Clearing for housing development can potentially cause the extinction of plant species.”

“This Dysosylum / Didymocheton species is a classic example,” Kelvin said. “It was only seen once and thankfully the botanist captured a photo. When they returned, the site had been destroyed by development.”

The Daintree has been described as the place where flowers began. It has the highest concentration of ancient flowering plants in the world.

“The Daintree’s importance to science and conservation cannot be understated,” Kelvin said.

The subdivision of the Daintree lowlands created 1,136 properties and more than 50km of roads. There has been both buyback and settlement of these blocks.

“The landowners and people living in the Daintree today are custodians of a living museum,” Kelvin said.

Rainforest 4 Foundation is buying undeveloped freehold land to preserve habitat for threatened plant and animal species. In the Daintree Lowland Rainforest, there are more tree species in a hectare than in all of the UK.

The Daintree Lowland Rainforest is home to 142 rare and threatened plants, 42 endemic fern species, and 28 of Australia’s 41 mangrove species. It contains 13 of the world’s 19 primitive flowering plant families.

“Yet every time a new residential development is approved, these species are at risk,” Kelvin said. “And it’s not just special plants. These blocks are also home to Cassowaries, Bennett’s Tree-kangaroos, and countless other species.”

“The Greater Daintree area is home to 28% of Australia’s frogs and 90% of the nation’s butterfly and bat species. 13 mammals live in the Daintree that are found nowhere else on earth. There are 12,000 species of insects here alone.”

“Our ecologist has identified species that have rarely been found in Australia. The Cooper Creek Walnut is found on a block we purchased and protected. This species is found in only two other places. We’ve also identified the Malayan Brighteye (Torenia polygonoides) in our vegetation surveys. There are only six records of this species in the whole of Australia.”

“We are also awaiting Queensland Herbarium confirmation of a new species of Atractocarpus, found recently by our ecologist while undertaking a vegetation survey in the Daintree.”

Saving the Daintree from the impact of development is extremely important to the preservation of diversity in the world's oldest rainforest. The Rainforest 4 Foundation and its partners HalfCut have purchased 14 properties in Cow Bay in the last two years.