PROTECTING THE EARTH’S OLDEST RAINFOREST - AN INTERVIEW WITH KELVIN DAVIES

Kelvin Davies has devoted much of his life to protecting the world’s rainforests. He’s the founder of Rainforest 4 Foundation, and he's been buying land in the Daintree Rainforest for the last twenty years. We Are Explorers, who are just a few days away from kicking off their crowdfunding for Daintree buyback, chatted with Kelvin to find out why it’s so crucial that we protect our rainforests. 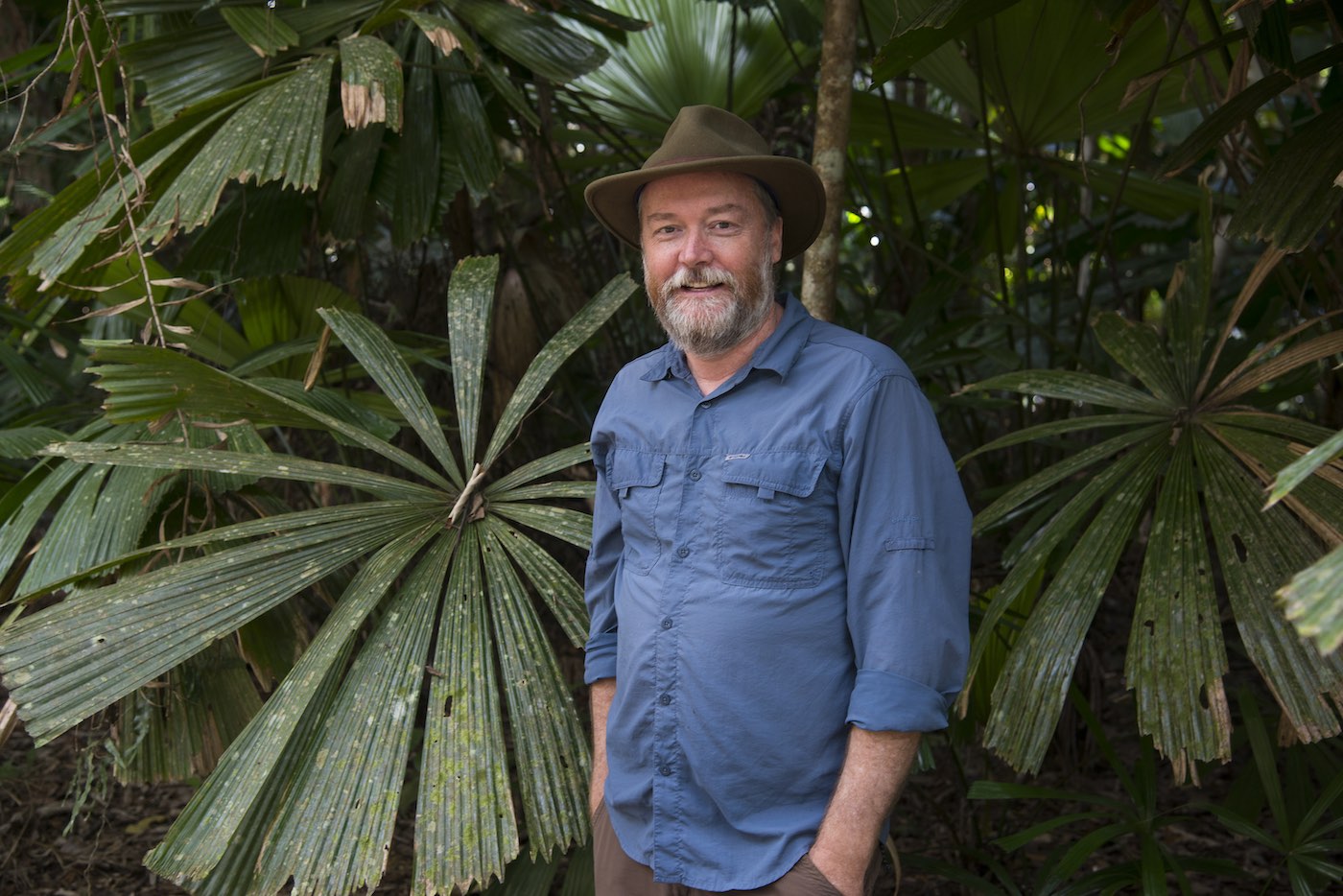 Kelvin Davies in the Daintree Rainforest

Kate Stevens: How long have you been working to protect rainforests? How did you begin doing this work?

Kelvin Davies: In 1990 I joined the Melbourne Rainforest Action Group and supported the campaign to end the importation of rainforest timbers into Melbourne from Indonesia and Malaysia.

Why rainforests? What draws you to them and makes you want to protect them?

Rainforests provide essential ecosystem services upon which we all depend. They’re essential to our own survival – saving them is an act of self-preservation. They also contain more species of life than other habitats, and humans don’t have a right to cause other species to become extinct. I was exposed to that simple idea three decades ago and adopted it as a core value.

Rainforests store huge amounts of carbon, so in order to address climate change we must keep the carbon in the trees, by stopping deforestation and restoring the Earth’s rainforests.

My interest in saving the Daintree began when I first visited it in 1990. I was struck by how beautiful and diverse it was, but also shocked to see the number of real estate signs. The whole place seemed to be for sale. That visit sowed the seed for future action.

We’re just days away from kicking off our crowdfunding campaign to raise $25,000 to purchase one hectare of land in the Lowland Daintree Rainforest, transfer it to the Daintree National Park and protect it forever. But we can’t do it alone. We’re going to need your help!

The Daintree is the Earth’s oldest rainforest. Scientists say it preserves a record of the evolution of flowering plants, which first appeared 120 million years ago. Fossils of plants from that time enable comparisons with plants living today. Of the 19 primitive plant families on Earth, 12 are found in the Daintree. It’s a living museum.

The Daintree is Australia’s largest and most biodiverse rainforest and it extends from the mountains down to the sea. It’s incredibly beautiful and unique. Due to development for agriculture, lowland rainforest in other parts of Queensland have mostly been cleared and today all you’ll see is sugarcane.

Several hundred thousand people visit the Daintree each year, with many hoping to see a Cassowary or other rare and endangered wildlife like the Bennett’s Tree-Kangaroo and Musky Rat-Kangaroo, which is said to be the ancestor of all kangaroo species.

Currently, what is the biggest threat to the Daintree?

Urbanisation. Many Australians believe the Daintree Rainforest is protected in a national park, however, that’s not the reality. In the mid 1980’s the Queensland government approved a rural residential subdivision in the Daintree Lowland Rainforest, resulting in two-thirds of the lowland rainforest (between the Daintree River and Cape Tribulation) being excluded from protection in the Daintree National Park and Wet Tropics World Heritage Area that was declared in 1988.

There are approximately 170 freehold properties that the local council has zoned as suitable for development. Development brings clearing of plant and animal habitats, fragmentation and weeds, as well as increased traffic – an additional threat to wildlife.

Continued residential development increases pressure for a bridge and electricity across the Daintree River, which could in turn fuel further inappropriate development. We don’t need any more houses in the Daintree Lowland Rainforest.

Your not-for-profit organisation Rainforest 4 Foundation works to protect the Lowland Daintree Rainforest through the purchase of land. Can you tell us a bit about this process?

The 1980s subdivision created 1,100 blocks of land in the Daintree Lowland Rainforest. These are the properties we are targeting for buyback. We identify the most important properties and write to the owners expressing our interest in buying them for conservation, then begin negotiations. Properties also come on the market from time to time and we try and snap them up too.

We are working with the Kuku Yalanji Bama (people) of the Daintree Lowland Rainforest. They want to see their country protected. Through the Jabalbina Yalanji Aboriginal Corporation, they negotiate with the Queensland Government for the transfer of the purchased properties into the national parks estate.

The Daintree National Park is a World Heritage Area and offers the highest level of protection for land in Queensland. Some people are skeptical of governments and I can understand that, however, hundreds of properties have been protected in the Daintree with great success. Kate and Kelvin at Lot 305 Cypress Road in the Daintree Rainforest. Photo by Steven Nowakowski

How many properties have been purchased and protected in this way, and why do you think this model works so well for conservation?

Non-profit organisations have purchased 75 properties for conservation since 1993. The Australian Government funded land buyback in 1994 and the Queensland Government and Douglas Shire Council did the same in the 2000s. However, they say they’ve got no further commitment to supporting more land purchase and protection, even though the threat of development remains.

We keep the buyback going by providing people with opportunities to make their own contribution to saving the Daintree. People love it because it’s practical, direct and tangible. You get an outcome for your donation – land is purchased and protected forever.

We Are Explorers is excited to be teaming up with you to raise funds to purchase Lot 305 Cypress Road in the Daintree. Can you tell us a bit about this block?

Lot 305 is home to more than 150 native plant species, including the vulnerable Ant Plant and Climbing Pandanus, as well as the near-threatened Thornton Aspen and Noah’s Walnut. The Thornton Aspen has previously only been found in six locations between the Daintree River and Bloomfield. The block is also a habitat for Southern Cassowaries, a vulnerable species whose numbers are declining in the Daintree.

Finally, what’s one simple thing people can do to help protect our rainforests?

The most direct and easy way to save the rainforest is to make a donation of $25. That’s all the money you need to buy 10 square metres of the Daintree Lowland and protect it forever.

Sign Up For Campaign Updates or, donate now to the crowdfunding campaign to purchase Lot 305 Cypress Road.