SPARKS FLY OVER PROPOSAL TO CONNECT DAINTREE TO MAINS POWER

A recently revised development proposal by the Member for Leichhardt, Warren Entsch pushing for reticulated power north of the Daintree River has re-ignited residents’ concerns over how this would negatively impact the pristine World Heritage value environment they live in and the tourism it generates.

Connecting properties north of the Daintree River to an electricity grid has long been a divisive issue triggering deep environmental concern among the residents of that ecologically pristine locale.

Conservation organisations locally and nationally unequivocally oppose the mooted and exorbitantly expensive power hook-up, especially because it would support or encourage further development of the region. The Sunverge Report, on which Mr Entsch’s new proposal is based, estimates it will cost $65 million to connect 300 potential users. 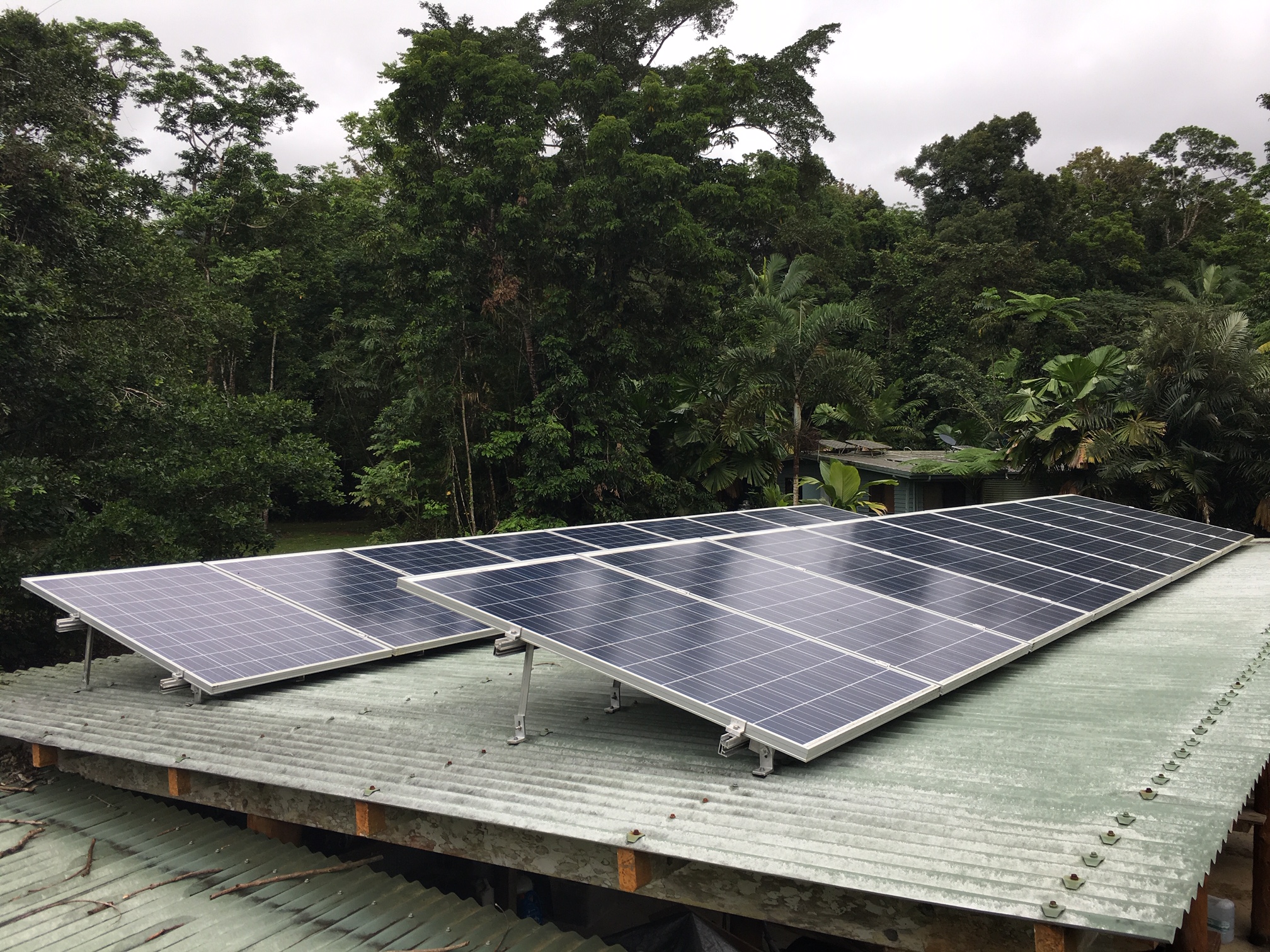 Many locals generate their own power in the Daintree Lowland Rainforest.

Locally based conservation groups point out that Mr Entsch’s proposal assumes most affected residents want reticulated power rather than, for example, cheaper solar panels with battery storage, but no one has actually asked them.

The cost to households of grid connection and the upgrading of electrical wiring, likely to be in the many thousands of dollars per household, has been ignored by both the Sunverge Report and Mr Entsch’s public statements, according to Mr Didge McDonald, president of the Douglas Shire Sustainability Group.

Founder of the nonprofit organisation Rainforest 4, Kelvin Davies points out: “To install the proposed Daintree Coast power grid would require a considerable amount of excavation and cable laying, including directional drilling through the Alexandra Range. The proposed cable laying and drilling in the Wet Tropics World Heritage region would breach the EPBC Act and would likely be rejected.

“We need a more considered response to development. The Daintree Lowland Rainforest is the oldest rainforest in the world, and we cannot allow its integrity to be compromised by short-term vested interests.

“The Daintree is already over-developed due to disastrous rural residential subdivision in the 1980s. If mains electricity is provided, it’s likely that property prices will immediately increase and that will compromise the capacity of groups like ours to buy back land to be conserved in perpetuity. Imagine if a $100,000 property doubled to cost $200,000. That would halve our capacity to acquire properties through buyback. 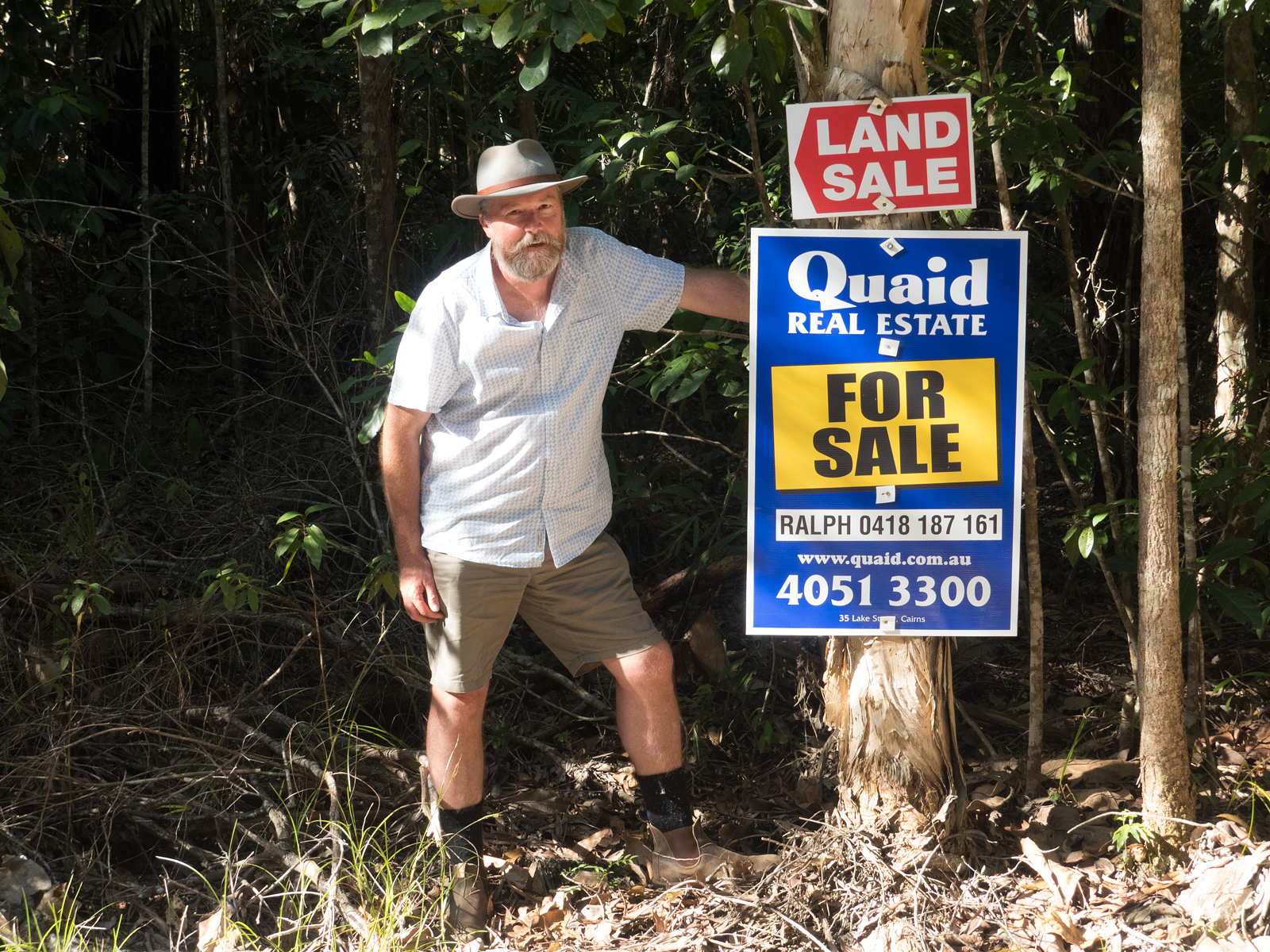 Kelvin Davies wants to see more buyback of land in the Daintree for conservation.

“Currently, 170 properties are zoned by Douglas Shire as suitable for housing development. All it would take is for the owners of those properties to submit a development application to Council… This makes further buyback an urgent imperative.

“Spending $65 million on an electrical grid for an estimated 300 customers is madness. That’s $215,000 for each connection. It will be cheaper for the State or Federal governments to acquire those properties and add them to the Daintree National Park.

“As anyone who browses realestate.com can see, numerous properties today are for sale for less than $100,000. Why spend $215,000 connecting power to a $80,000 property? It doesn’t make economic, let alone ecological sense.

Daintree Coast Environment Network spokesperson Connie Kerr agrees the current feasibility study about reticulated electrical power is likely to be rejected by government purely on the basis of cost.

Ms Kerr says: “The feasibility study into reticulated power does not mean it is happening — it simply says the full grid reticulation is being looked at. We would support this study if it investigated all options, not just one.

“People live north of the Daintree River because they appreciate the environment and want to protect this unique area. Many residents do not want to start paying bills and are content with or prefer a low-energy lifestyle. Underground medium and high voltage electricity is expensive, potentially damaging to roads or roadsides and overhead clearing would require extensive clearing. 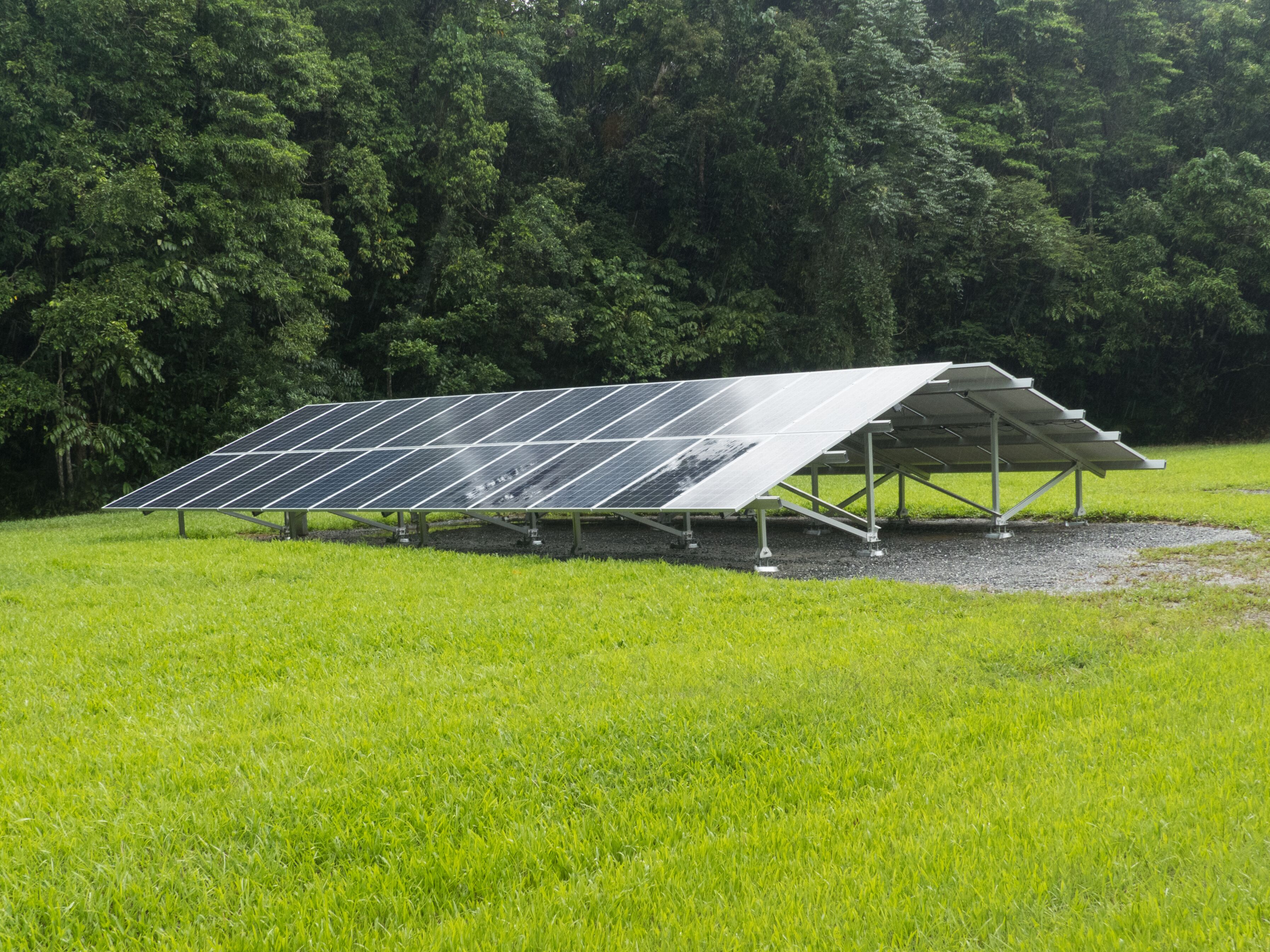 “Recent advances in technology (such as better storage and cheaper, more efficient solar panels) mean there are [power] alternatives which could provide better outcomes for many residents, businesses and the environment.”

You can add your voice to the campaign to save the Daintree from the threat of further development by signing the petition on the Rainforest 4 website.