Two Battles in One: Tackling Forest Fires and Demanding Climate Justice for Kalimantan.

For the past four months, Rainforest 4 Foundation has been supporting the Ranu Welum Foundation in Kalimantan, Indonesia to help them extinguish forest fires and demand Climate Justice. 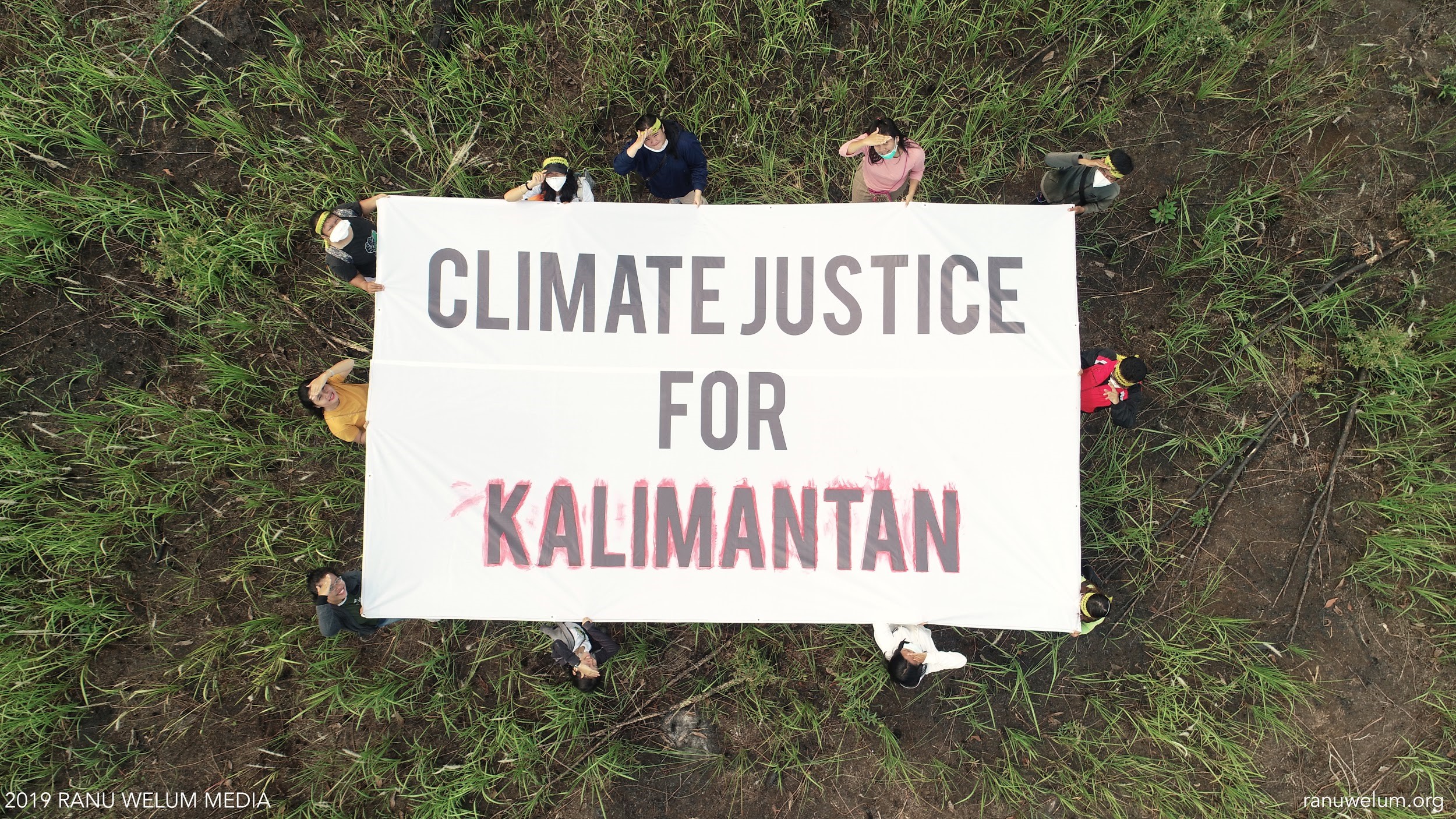 Rainforest 4 Foundation is sending $1,000 every month to the Ranu Welum Foundation in Kalimantan, Indonesia. Thank you to our wonderful donors.

Kalimantan's rainforests, the second oldest in the world are in danger. Forest fires have been happening annually every dry season for the past 22 years. This year, the fires started in June and have been burning every day all over Borneo for four months. The lush forests are turning into scorched land and everyone must breathe in a smoke haze full of fine particulate matter at PM 2.5, a pollutant invisible to bare eyes yet so small it can go through our blood cells, leading to various chronic diseases. Everyone and everything will continue to be in crisis if the forest fires are not put to an end.

We don’t want our  Dayak culture and rainforest to become extinct, so whose responsibility is it to save it? The answer? It’s everyone’s responsibility to take action in tackling this issue any way they can. Here from the ground in Kalimantan, the anger and pain from watching the trees burning with our own eyes and suffocating from smoke haze even inside our houses have turned into ‘fuel’ for the raging fire of spirit inside the youth of Kalimantan. It’s our own home that is on fire and we must be in the frontline to save it. 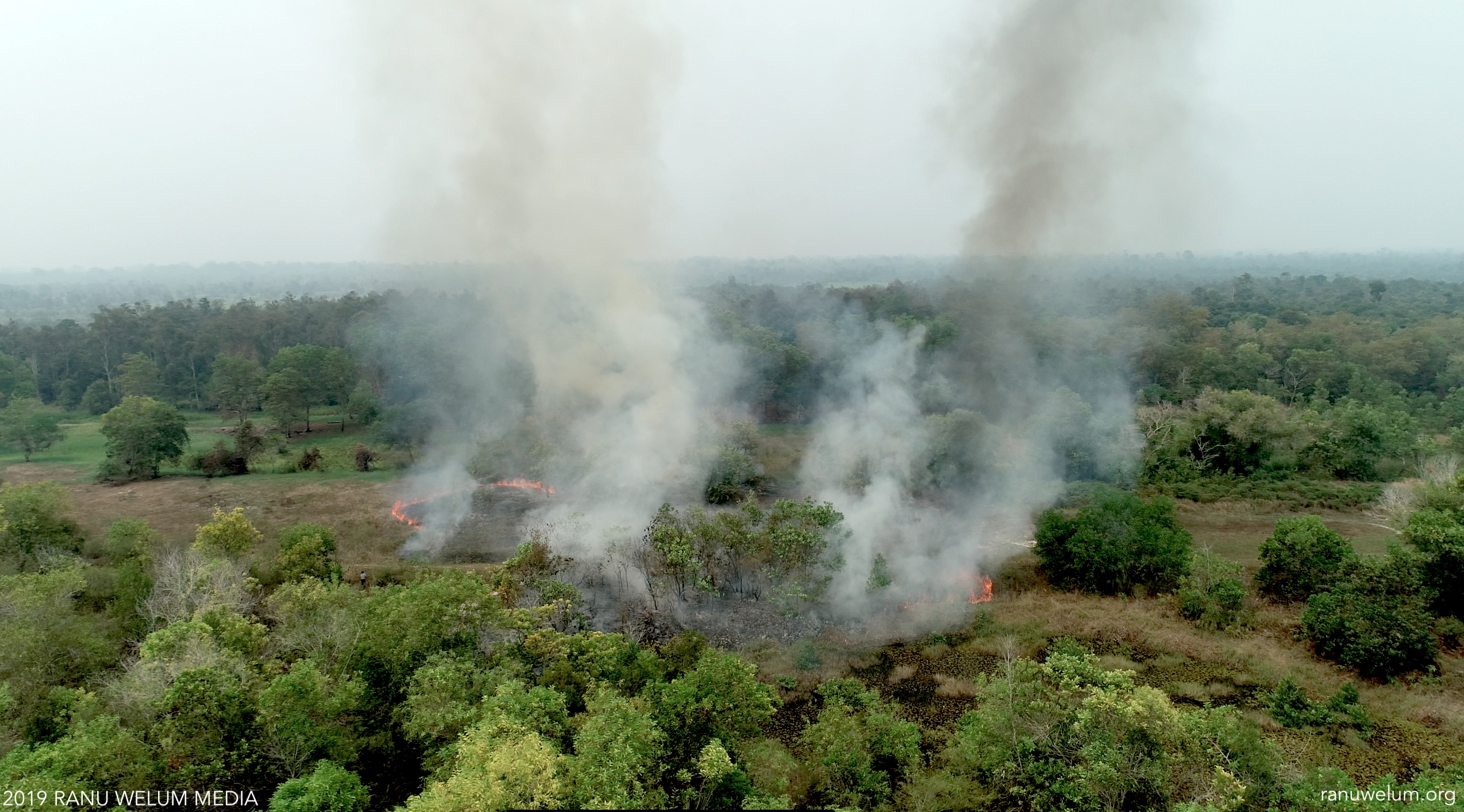 One of the thousands of spot firest in Kalimantan that Ranu Welum Foundation are extinguishing.

Right now, through our Youth Act campaign, the young people of Kalimantan are banding together to tackle the forest fire crisis. “Instead of just complaining, it’s better if I join in firefighting,” said Esperanza Oktavia (19), a Youth Act volunteer who is also one of three female firefighters in Katuyung (Youth Act's youth firefighter squad). Katuyung team members first started duty with no equipment and not even wearing proper shoes. Now with the support of donors all over the world, we have water-pumping machines and all the necessary firefighter gear. Each member of the team now owns a pair of strong boots and full-face respirators to protect themselves. Although the emergency response status for the capital city of Palangka Raya has turned into a transition period we will still be on duty until October 30th. The number of active hotspots has recently decreased a lot due to heavy rains in several areas. But the truth is, we can still find burning peatlands across the province of Central Kalimantan. That’s why we can’t be off-guard, we must protect what’s left. 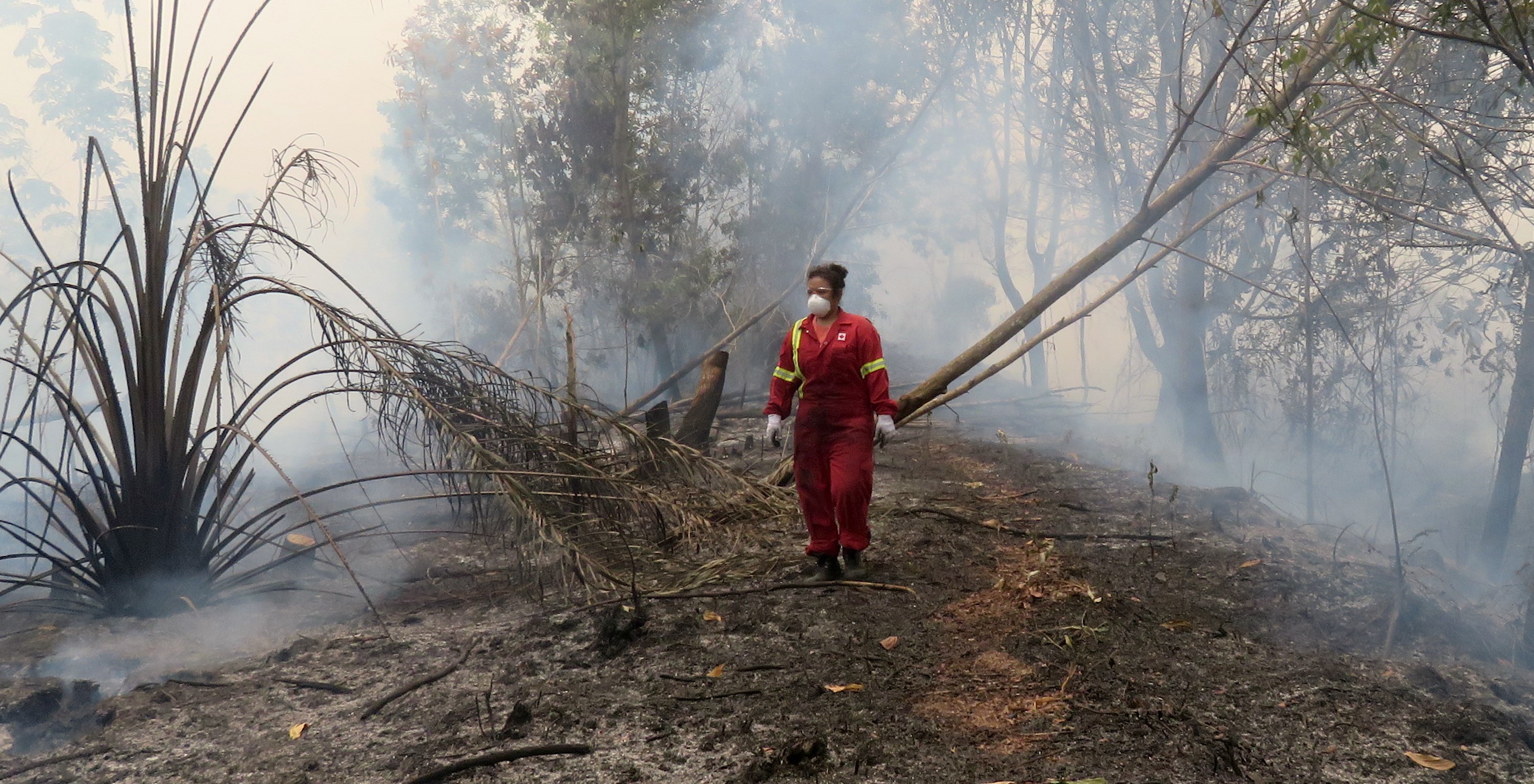 .. And to protect what’s left, fighting the fires is not enough.

Kalimantan Haze Relief Efforts will go on until the 30th of October 2019. Katuyung firefighters team is still on patrol. Ranu Welum's Haze Shelter is still open for the public to get PM 2.5 education and about haze shelter systems. Thousands of N95 masks will be distributed to areas that are still covered by haze. Three villages have been given free medical check-ups from volunteer doctors through our Haze Relief effort, another one coming soon next week to Garong Village in Pulang Pisau Regency (Central Kalimantan.

The fight is not over. We will never give up to protect what is left.

Will you fight with us?

Learn more about our ongoing support for the Ranu Welum Foundation here.